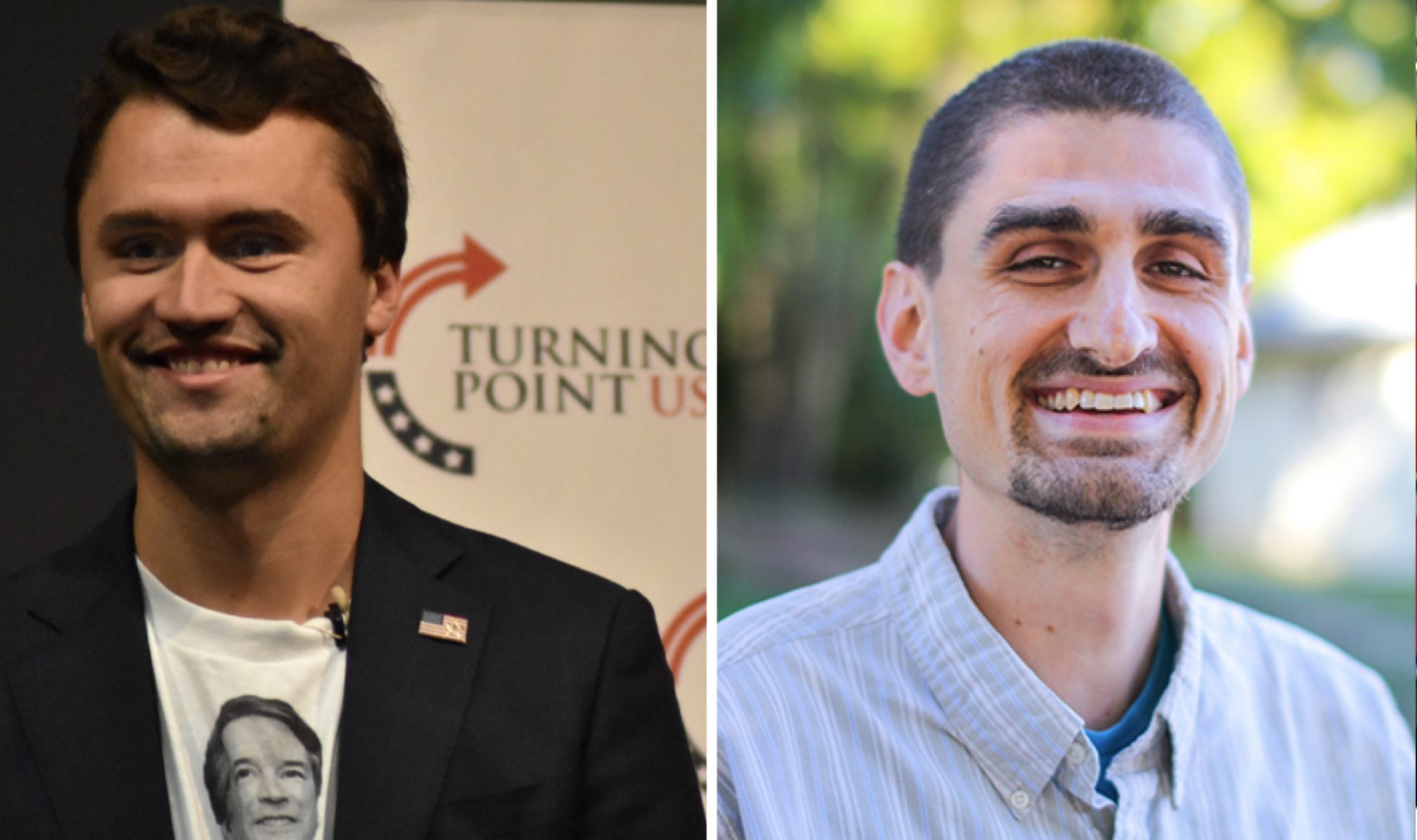 The topic of socialism has become a hot one in the U.S., as certain far-left political figures and activists who champion more progressive policies have found a groundswell of support. Some of that support has come from various Christian groups among the Religious Left, which remains a small but increasingly vocal wing of American Christianity, who say faith and socialism can go hand and hand.

Now, far-right political commentator Charlie Kirk is challenging left-leaning author and preacher Jonathan Wilson-Hartgrove to a debate on Jesus and socialism, and Wilson-Hartgrove seems open to it. The debate would be hosted by the Falkirk Center, a new conservative think tank founded by Kirk and Liberty University President Jerry Falwell Jr.

It started when Kirk appeared on CBN News to blast the idea of Christians being socialist as “preposterous.” Wilson-Hartgrove responded over Twitter, saying “Folks have been twisting the Bible to defend capitalism since the backlash against the New Deal.”

The Falkirk Center responded by inviting Wilson-Hartgrove and one partner of his choice to debate Kirk and one other person on the question of “Was Jesus a Socialist?”

Wilson-Hartgrove appeared to refute the terms of the debate, noting that socialism, as we know it today, didn’t exist at the time of Jesus. He suggested, instead, a debate on “what the Lord requires of us in public life” and said he would like to bring Reverend William Barber.

The Falkirk Center didn’t respond over Twitter, so there’s no official confirmation, but Wilson-Hartgrove told Religion News Service that Liberty University had reached out to discuss details. Wilson-Hartgrove also tweeted that he’d be interested in expanding the roster to three people, saying he’d like to bring Bishop Yvette Flunde along as well.

Wilson-Hartgrove, Barber and other Christian leaders wrote an open letter to Falwell two years ago, challenging him to a “peaceful debate” at Liberty University. That never materialized, but Falwell has said that part of the Falkirk Center’s raison d’être is to combat socialist sentiment among younger voters. He told Fox News that “even though [House Speaker] Nancy Pelosi [and others] and [Democratic presidential candidate] Pete Buttigieg say ‘Jesus was charitable therefore we should be socialists,’ that’s not what Jesus taught.”

RELEVANT could find no evidence of Pelosi or Buttigieg expressing such sentiments. In fact, both have gone on the record as supporting capitalism. Neither Liberty University nor the Falkirk Center responded to RELEVANT’s request for comment at the time.