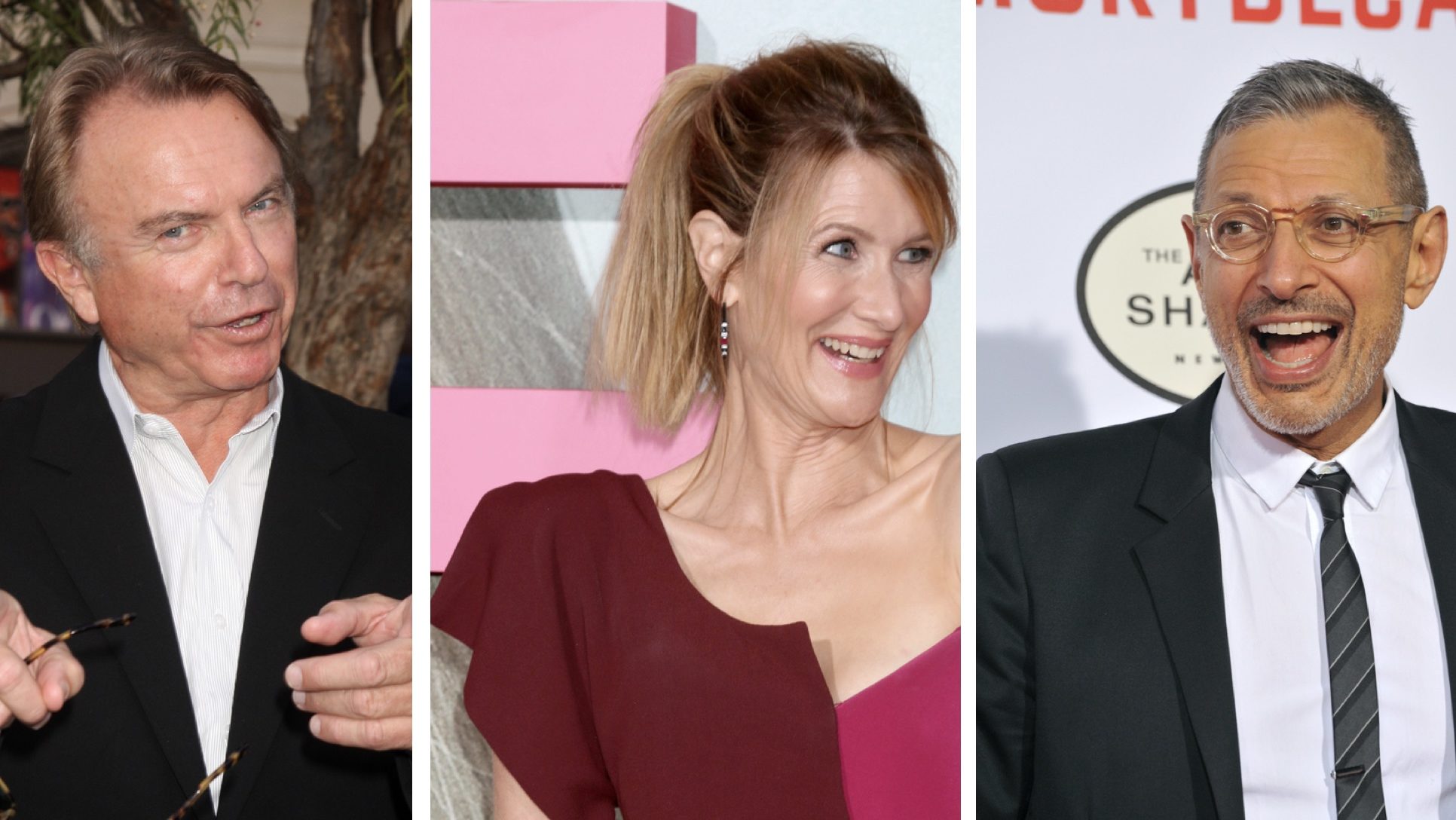 As we’ve already discussed, Jurassic World 3 is, against all odds, starting to intrigue. Despite the slightly underwhelming Jurassic World: Fallen Kingdom, director Colin Treverrow’s recent short Jurassic film showcased some of the real, old school thrills that made Spielberg’s dino-flicks such a treat. And now there’s another reason to get excited: a Dern good one.

Yes, original stars and all-around excellent people Sam Neill, Laura Dern and Jeff Goldblum will all be returning for the third installment in this round of the Jurassic movies, presumably joining current franchise stars Chris Pratt and Bryce Dallas Howard.

It is interesting, given the benefit of hindsight, just how well these people’s careers have gone since they were last welcomed to Jurassic Park.

Neill, of course, has been a welcome presence on prestige TV like Peaky Blinders but is perhaps known for one of the most charming celebrity Twitter accounts out there, co-starring a vast array of Neil’s farm animal friends.

Dern has been making the most of a recent career rejuvenation, thanks to The Last Jedi, Big Little Lies, Twin Peaks and clearly charming the socks off of her Star Wars co-star Daisey Ridley.

And finally, the man who needs no introduction, Jeff Goldblum — international man of delightfully eccentric and debonair mystery, a tastemaker of style, winsome career choices and the best possible grasp of the whole Sony/Spider-Man situation.

Now, none of this automatically means Jurassic World 3 will be good. One needn’t look very far back into Goldblum’s own attempts at franchise sequels to find disappointment. But Jurassic World has always traded on nostalgia, whether for older, better movies or (much) older, cooler animals, so snagging these three actors is a big deal. It’s very possible that the casting directors were so preoccupied with whether or not they could they never stopped to ask if they should, but franchises, like nature, find a way.

For no other reason, lets watch this all-time great YouTube clip.