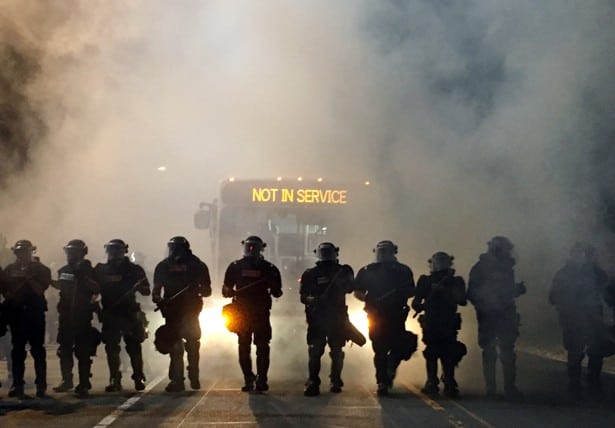 The Justice Department announced yesterday that they will begin collecting the data on police-involved shootings—because they don’t already.

After more than two years of very public fatal shootings by officers and subsequent protests, the Justice Department will start to track the way the police use deadly force nationwide.

The FBI’s director, James Comey said the sheer lack of data on police shootings was embarrassing. “It’s ridiculous—it’s embarrassing and ridiculous—that we can’t talk about crime in the same way, especially in the high-stakes incidents when your officers have to use force,” he said last year.

In the absence of the government’s data, The Washington Post compiled one of the most comprehensive data sets on police brutality.

The Death in Custody Reporting Act, a 2014 law passed by Congress, requires police departments to only report their fatal shootings versus reporting all shootings.

Accurate and comprehensive data on the use of force by law enforcement is essential to an informed and productive discussion about community-police relations. The initiatives we are announcing today are vital efforts toward increasing transparency and building trust between law enforcement and the communities we serve.

What is unclear is that many of the numbers being reported will be based on local police contributing their data voluntarily, but there’s no mention of any penalties being set against those who don’t participate.

According to The Washington Post‘s running database, so far 754 people have been shot by police this year.

More Men Must Speak Up Against Sexual Assault Against Women

Shailene Woodley Speaks Out After Being Released From Jail