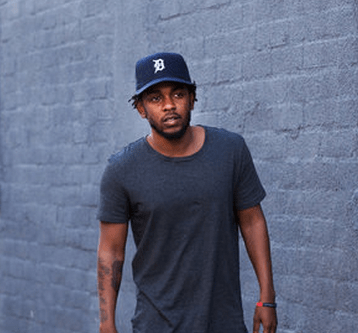 On Sunday night, Kendrick Lamar dropped a sonic bomb on America, releasing his wildly anticipated To Pimp a Butterfly a week before its intended release date (or having it accidentally leaked, depending on who you ask). In any case, it’s here now and, along with it, a fascinating New York Times profile that tries to unravel just what it is that makes Kendrick the most gravitational rapper on the landscape right now. He speaks openly about his rough home life in Compton, Calif. He talks about how he became a Christian (a friend’s grandmother led him to Christ in the parking lot of a Food 4 Less), his vices (or lack thereof—he “rarely” drinks or smokes) and how he perceives himself.

For many fans, “I’m the closest thing to a preacher that they have,” Mr. Lamar, 27, said from the couch of a Santa Monica studio where he recorded much of the new album. “I know that from being on tour — kids are living by my music.” However, he added: “My word will never be as strong as God’s word. All I am is just a vessel, doing his work.”

Of course, To Pimp a Butterfly comes with a parental warning sticker for a reason—this is definitely not Lecrae’s Anomaly—but it solidifies Lamar’s status as a breathlessly talented voice that will be shaping the future of hip-hop for some time. We at RELEVANT will post a full review later this week.

Confessions of a Former Church Cynic