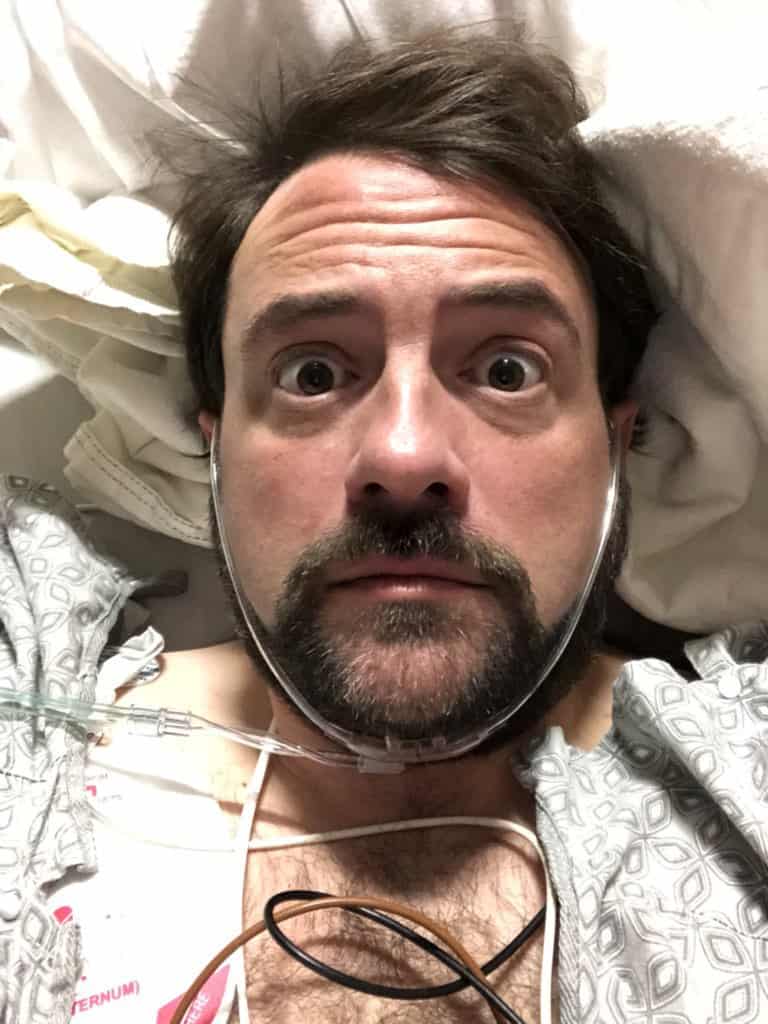 Filmmaker Kevin Smith, usually the topic of more lighthearted discussion, suffered what he called a  “massive heart attack.” Fortunately, he’s recovering well from what could have been a fatal event.

The comedian, writer, actor, movie director, and lover of jorts and hockey jerseys shared a very lighthearted and optimistic post on Twitter early this morning, offering a hospital selfie and writing, “After the first show this evening, I had a massive heart attack. The Doctor who saved my life told me I had 100 percent blockage of my LAD artery (aka ‘the Widow-Maker’). If I hadn’t canceled [my] show 2 to go to the hospital, I would’ve died tonight. But for now, I’m still above ground!”

Following this Tweet was a response from actor Chris Pratt sending over some encouragement, saying, “Kevin we don’t know each other too good, but I have loved you since Clerks and I’m praying my a** off for you cause I believe in the healing power of prayer. Can you please pray with me people!?”

Then we wrote this article, fulfilling the prophecy of a supposed RELEVANT reader who tweeted: “Aaaand que RELEVANT with an article titled ‘You won’t believe what Chris Pratt just said about prayer!”  Close enough. Thanks for the shout out, Derek!