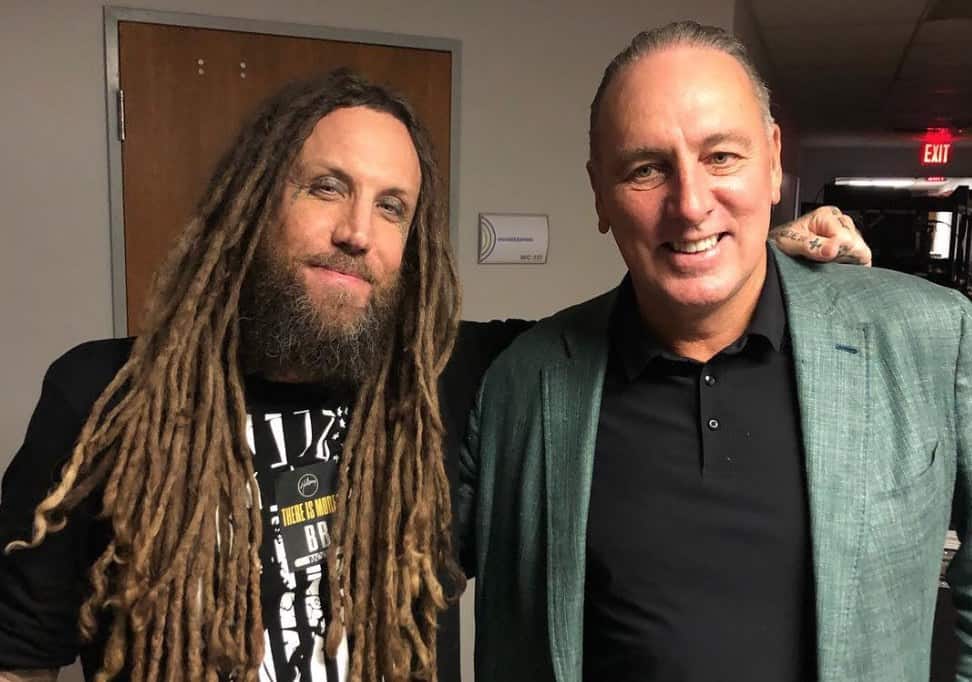 Hillsong pastor Brian Houston posted an image on Instagram last night of Korn guitarist Brian Welch hanging out backstage at Hillsong’s worship tour. Houston wrote, “Brian Welch from the band Korn, loves the Lord and came to worship at the ‘There Is More’ Tour.”

Welch is a longtime member of the hard rock outfit Korn. Though the band is known for their music’s dark themes, Welch became a Christian in 2005. He left the band for a several-year period and released several solo projects, but rejoined the band in 2013.

In an I Am Second video he recorded in 2012, he talked about struggling with drugs and turning to God to get delivered from addiction:

Finding the Strength in Your Spouse’s Financial Weakness