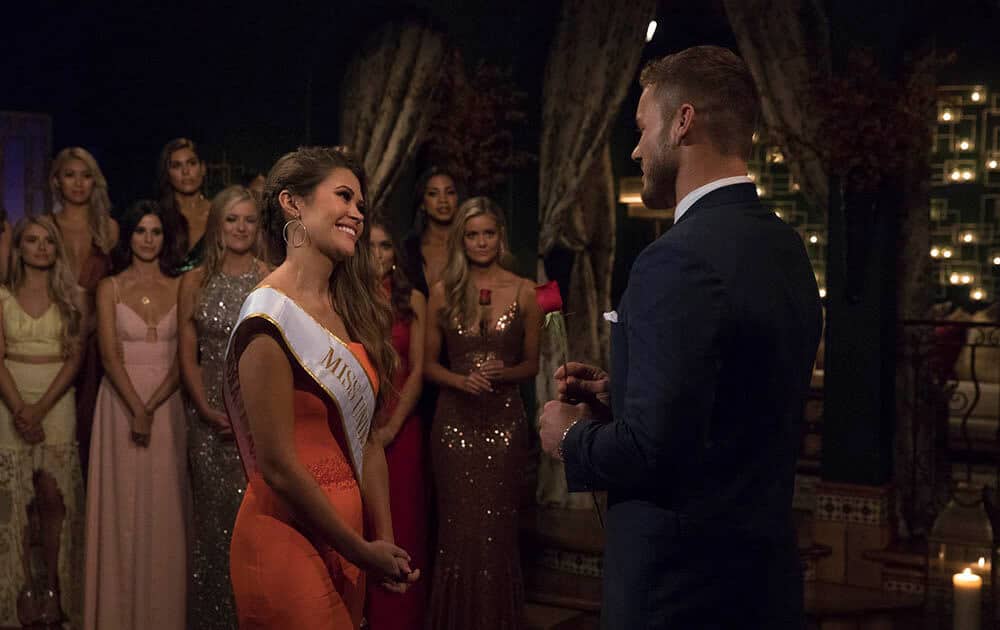 When people use the word “emotionally intense” to describe a reality dating show like The Bachelor, it’s often coming with a good deal of irony. Maybe a contestant professed their love with a little too much enthusiasm or maybe the lead had a particularly difficult time sending someone home. The stakes, in other words, are almost never high.

In that respect, things looked much different on last night’s episode, in which contestant Caelynn Miller-Keyes opened up to Colton Underwood about her experience with sexual assault. On a show famous for melodrama and manipulative editing, it stands as a classy and refined moment amid what’s otherwise something pretty messy.

On her date with Underwood (this season’s titular bachelor), Miller-Keyes, 23, told him how she survived sexual assault when she was in college at Virginia Commonwealth University. We’re sharing her quotes below. WARNING: The following contains explicit detail.

In 2014, Miller-Keyes, then a sophomore, attended a fraternity party with three friends. This is what happened:

“They drugged our wine. I woke up the next morning completely naked in my bed and had no memory of the night before. I had a small vision of a guy in my bed and I just had this pit in my stomach that something really bad happened last night. My girlfriend called and said three of us were all sexually assaulted.

The girlfriend who didn’t drink the wine told me that not only did a guy come home and have sex with me, another guy—I was passed out on the couch from the drugs—said, ‘Watch what I’m about to do,’ [to] all his fraternity brothers and he lifted up my dress. They watched and laughed and took photos. It was horrible. It was absolutely horrible.

The men got away with it, except for one. [He was] expelled and the rest got away with it. I was determined to seek justice. It’s something that will always be a part of me. It’s the most difficult thing in the world. It’s so painful and it screws up every ounce of you.”

Miller-Keyes told Underwood she reported the assault to the police, but when she went to get a rape kit, she was turned away by the hospital. She was told she had to file the report first, “which is illegal,” she said.

By the time Miller-Keyes arrived at the second hospital and spoke with police, the results ended up being inconclusive because too much time had passed.

The Bachelor franchise has a troubled history with consent. Amid the #MeToo era, the show has had to shut down its spinoff show Bachelor In Paradise due to a report that some cast members were in a sexual situation possibly involving a lack of consent. The ensuing season of The Bachelor was unresponsive to the situation in presentation, though behind the scenes, limitations were put in place on the number of drinks contestants could consume.

What’s more, on the last season of The Bachelorette, a cast member was convicted of sexual assault after his appearance on the show, creating outcry among audience members and industry professionals, and causing the show to reexamine its screening process for who it lets into the competition.

The exchange between Miller-Keyes and Underwood, however, could be a turning point for the franchise. After the segment, ABC aired a PSA for RAINN, a national sexual assault hotline, prompting anyone who has experienced sexual abuse to call 800-656-HOPE or visit rainn.org.

20 Years Later, ‘She’s All That’ Is Still Copacetic