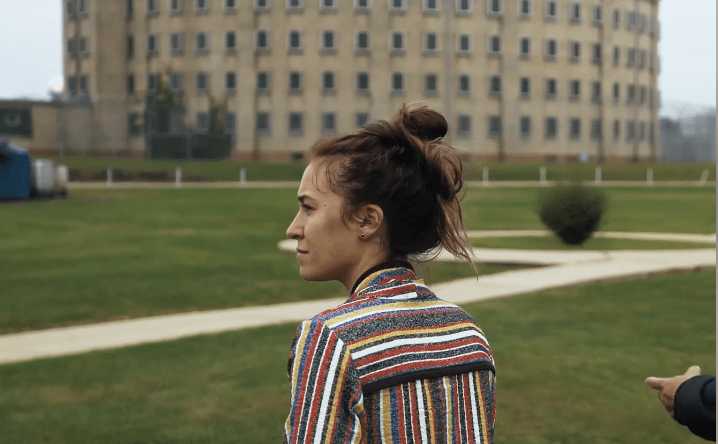 Lauren Daigle has really been killing it lately. Her latest album Look Up Child topped Drake, Post Malone and Ariana Grande in its first week with 115,000 units sold. Rolling Stone even called her debut the best by a solo Christian female artist in nearly 20 years.

But she did something over the weekend that is truly powerful.

Last Friday, Daigle visited the Stateville Correctional Prison in Illinois and held a full worship set with inmates. The correctional center is a maximum-security state prison and currently houses over 3,500 inmates.

Daigle took to Facebook to share her experience, and even posted a really moving video titled “a day more than I can articulate.” Head’s up: It will make you cry.

“Yesterday was one so unexpected,” she shared. “It was a day that was more than I can articulate. It was a day my eyes had never seen and will never be able to unsee.”

“We sang songs with inmates whose voices carried deeper in to our hearts than the echo of a microphone will ever release. I saw hope in the face of the hopeless, joy in the wake of sorrow, wealth in the gap of depravity, and life in the midst of death,” she continued.

“These people have stories, and they also have souls. I watched heaven befriend those who are often forgotten. With each day that passes, may I never take for granted what it is to walk around as a free man. I held a bottle of cold coffee upon pulling out of Statesville Correctional Prison. My hand had never remembered that bottle being so cold.”

It is a moving watch.