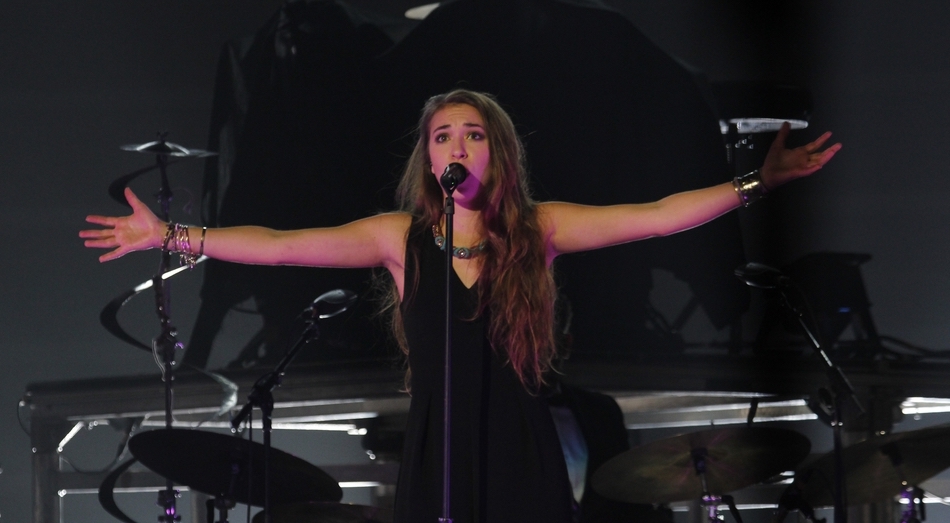 Getting a song on the Billboard charts is hard. Getting it to the top is harder. And getting it to stay at the top for any length of time? That’s a huge accomplishment. Any time a song manages to stay at the number one spot on a Billboard chart for any stretch of weeks is considered a major win for an artist — especially if the number of weeks it’s up there stretches into double digits, which only happens a few times a year. But a song at the top of the Billboard charts for 100 weeks? Unheard of. Until now.

Lauren Daigle’s “You Say” has been smashing records for a long time and now, it’s sprinted over an unprecedented milestone: 1oo (one hundred!) weeks at the top spot of the Hot Christian Songs chart. No song has ever been on top of any Billboard chart for 100 weeks before.

When I was a little girl, I would dream of moments like this. Upon hearing the news, I called my family. We laughed. We cried. We made jokes. We celebrated. I am so honored and want to thank all the people involved in achieving this accomplishment. I may sing and write, but there are many people working behind the scenes. My sincere gratitude goes out to them. To be a part of a song that has not only made history but has lived inside the homes of families raising babies, widows needing comfort, teenagers needing a friend, those who have lost and those who have gained, that is a gift I’ll never fully put into words. Simply amazed that “You Say” has spent 100 weeks on @billboard’s Hot Christian Songs chart! Thank you ALL!! [link in bio]

“You Say” was released back in July of 2018 and has since racked up four million streams from Spotify, Apple and other streaming services. The song was the first single for Daigle’s sophomore album Look Up, Child, which has also enjoyed lots of success — including hitting the number three spot on Billboard 200.

Forbes puts Daigle’s accomplishment in perspective by comparing it to other genre-specific record holders. Bebe Rexha and Florida Georgia Line’s “Meant to Be” is the longest-running top song on the country music chart, with 50 weeks at the top spot. Marshmello and Bastille’s “Happier” spent 69 weeks at the top spot for Dance/Electronica. And Panic! at the Disco’s “High Hopes” spent 65 weeks at the top of the Rock/Alternative charts. All big accomplishments, for sure. But none of them come close to “You Say.”