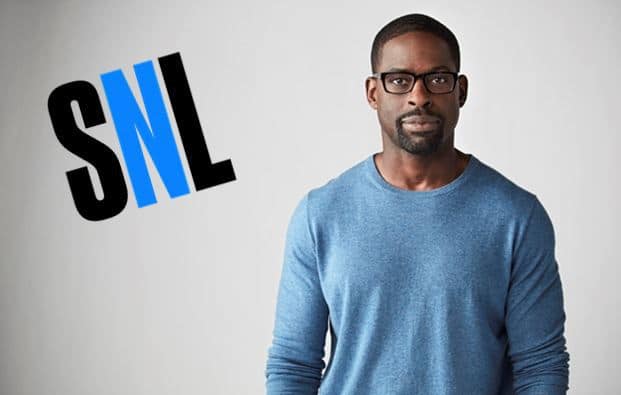 This Is Us star Sterling K. Brown is ready to make his hosting debut on Saturday Night Live this weekend, and apparently, he’s been waiting his entire life for this.

Primarily known for his more dramatic roles, Brown has been a fan of the late-night comedy series since he was young. He says he’s “not nervous,” even though comedy isn’t what he’s used to.

“Delivering the commencement address at Stanford University, that’s what I’m nervous about,” Brown shared during a conversation with Entertainment Tonight. “When I go to SNL, they have really talented writers who are pretty good at what they do, who are not going to let a brother fall flat on his face. So I have a support network there to keep me buoyed about.”

He’s so excited, he even filmed himself practicing the iconic SNL intro in the mirror and posted it to his social media accounts the day it was announced that he would be headed to Studio 8H.

Brown says he’s most excited for people to see him do something they haven’t seen from him thus far. “The thing I know about myself is that I’m game. I’m down to play and I think I got some wonderful people to play with and it’s going to be an exciting evening of television.”

Catch him live in action Saturday night on NBC.