I remember catching the start of the very first episode of Firefly back in 2002 and feeling like I’d already missed something. I had friends deeply entrenched in Buffy the Vampire Slayer, but since I’d boarded the train late in season 3, I never found the love for Sunnydale’s Scooby Gang that everyone else had, so I thought catching Firefly from the start would be a way of giving this Joss Whedon guy a fair shake. I vividly remember tuning into the first episode and wanting to enjoy it so much. But in the end, I felt just like I had with Buffy …like I was late to a party where everyone was too busy to help me catch up on all the fun I’d missed.

And so I gave up on Joss Whedon.

It wasn’t until years later that I learned that I had in fact missed something. We all had. The first episode really wasn’t the first episode because, well, Fox back then was the same as Fox today—seemingly unable to know what to do with anything that’s not created by Seth McFarlane or executive produced by Simon Cowell. So instead of starting the series off with the two-hour pilot which sets up the rich backstory of this new universe Whedon had created, they opted to head straight into the second episode.

Of course, I didn’t find this out until a few years later, when I finally capitulated to a friend’s constant offers/threats to lend me the series on DVD. It was only then that I discovered just how great Firefly really was.

Since nearly the entire world has seen Avengers, we’re all familiar with what Joss Whedon does well—the seemingly effortless juggle of multiple characters and witty dialogue. And it’s all there in spades with Firefly.

In fact, I’d challenge anyone to find a better introduction to a cast of characters than the nearly-continuous 6-minute tracking shot that introduces the cast in Serenity; the inexplicable theatrical swan song for the series whose very existence is owed to the fanatical Browncoats (the name for Firefly super fans that just happens to correspond with the losing side of the galactic civil war that serves as the undercurrent to the series) that eagerly, even violently, thrust their Firefly DVD collections into the hands of any passing acquaintance of theirs who hasn’t seen it.

But what some of us aren’t as familiar with are the things Whedon does better than virtually anyone else: assembling individual stories that, when woven together, form a much more profound narrative. Oh, and then there’s his willingness to subject characters to the complexities and uncertainties of life that leave fans with simultaneous feelings of reverence and distress. Death and heartbreak are as casual a guest in Whedon’s worlds as they are in our own, and Firefly fans learned the hard way to not take anything or anyone for granted in the series.

And while I think the series’ brevity and mistreatment at the hands of blue-handed network executives have played a part in creating the myth that surrounds Firefly, stopping there does a disservice to the one thing that I firmly believe Firefly has done better than any other series: assembling a creative and production team that truly inhabited the story.

Virtually everything seems to click. From the seemingly small choices to shoot everything with a handheld look (including the CGI space scenes which are also completely devoid of sound …you know, like real space) to the amazing casting of then little-known Nathan Fillion as the series’ heroic space pirate lead Malcolm Reynolds. And while Fillion’s portrayal of Mal has rightly lead to bigger and better things for the actor, it really is impossible to pick a favorite of the series whose most memorable characters include deeply-mismatched spouses, a courtesan love interest, a mystery-shrouded preacher and an existential Boba Fett (see the immensely creepy, yet bittersweet final episode “Objects in Space”).

Firefly isn’t perfect. “Heart of Gold,” an episode that should have ratcheted up the tension of the series’ focal romance, is almost completely derailed by one cliché after another. And there are times when you feel like you can almost see Fox losing faith in the show in some of the production elements, but those moments are few and far between.

And maybe it’s because of how well the show holds up after 10 years that as I look back, I can’t help but wonder “What if?”

What if Fox had just aired the episodes in their correct order?

What if Kickstarter existed back in 2003?

What if Serenity had made more money? Would Universal have resurrected the series?

But in the end, wanting more misses what is probably the most important story of Firefly.

Like the very best sci-fi, what makes Firefly truly great is that all the pieces fit together to tell a story that’s meaningful …all under the guise of a futuristic space western. A story that by all rights should have ended unfinished. Yet because enough people saw the promise, it ultimately received the conclusion it deserved.

So while the Browncoats may have lost the war, they accomplished a victory that should never be forgotten. 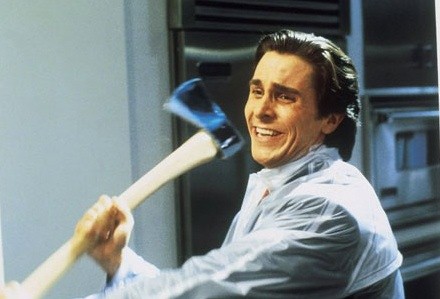 Never Bring an Internet to an Axe Fight