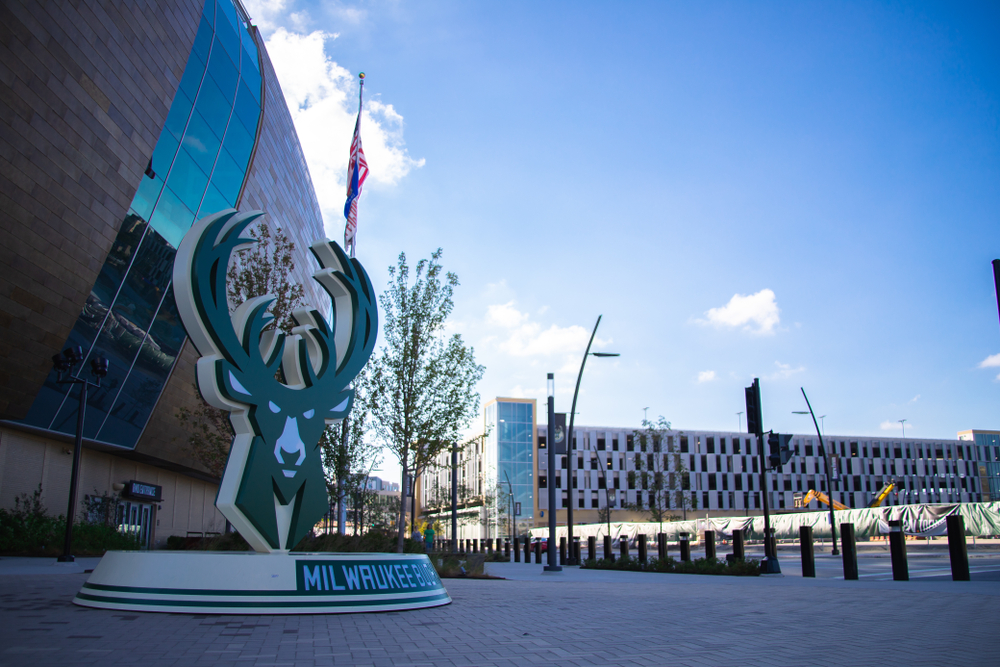 The Milwaukee Bucks started what in a matter of hours became one of the boldest and most dramatic stances against racist police brutality in America’s recent history. As athletes and whole teams from the NBA, the WNBA, Major League Baseball and Major League Soccer refused to play amidst the social unrest sparked by the shooting of Jacob Blake in Wisconsin.

Whispers of a strike were sparked when the Bucks did not leave the locker room for their game against the Orlando Magic on Wednesday afternoon, and two more NBA games were postponed in rapid succession as players and franchises from other major leagues followed their lead. As of Thursday morning, the state of the NBA playoffs was up in the air following reports of an “emotional” and “heated” meeting involving coaches, players and referees in which both the Clippers and the Lakers voted to not play.

Professional athletes have often found themselves in the spotlight of the country’s ongoing struggle with systemic racism. Perhaps it was fate that Wednesday also marked the four-year anniversary of the first time Colin Kaepernick took a knee to protest racist police brutality during an NFL game.

In the WNBA, the Washington Mystics arrived for a game against the Atlanta Dream wearing t-shirts that spelled out Jacob Blake’s name. Three games were called off in the MLB: the Milwaukee Brewers hosting the Cincinnati Reds, the San Diego Padres playing the Seattle Mariners and the San Francisco Giants-Los Angeles Dodgers game. And five Major League Soccer games were canceled as well.

“Before I am an athlete, I am a Black woman,” tweeted tennis star Naomi Osaka, announcing she would not be playing in a scheduled semifinal. “And as a Black woman I feel as though there are much more important matters at hand that need immediate attention, rather than watching me play tennis.”

“Our community and our nation is in such pain, tonight we wanted 100 percent of the focus to be on issues that are much more important than baseball,” said Brewers reliever Brent Suter after his team chose not to play against the Cincinnati Reds.

“For me, and many of my teammates, the injustices, violence, death and systemic racism is deeply personal,” Mariners outfielder Dee Gordon tweeted. “Instead of watching us, we hope people will focus on the things more important than sports that are happening,”

And it wasn’t just athletes. Kenny Smith, host of Inside the NBA and a Black man, stunned viewers when he walked off the set mid-broadcast. “As a Black man, as a former player, I think it’s best for me to support the players and just not be here tonight,” he said.

Kenny Smith, Inside the NBA host, just walked off the set: “As a black man, as a former player, I think it's best for me to support the players and just not be here tonight."pic.twitter.com/3561mMA1Vi

Study: The Bible Is a Source of Both Confidence and Confusion for Churchgoers

In Wisconsin, the situation remains enormously fraught. Footage showed 29-year-old Jacob Blake getting shot in the back seven times by police officers as he attempted to enter his car. Blake’s attorney Ben Crump says that Blake’s three young sons were in the car when their father was shot. His family says that it will be a “miracle” if Blake ever walks again.

That led to a series of late-night protests in which several government buildings were set on fire. Armed men descended on Kenosha, Wisconsin with the stated purpose of “defending” private property, which led to several violent clashes with protestors. 17-year-old Kyle Rittenhouse of Illinois has since been arrested and will face a charge of first-degree intentional homicide in connection with a series of shootings that left two dead and another injured.