Editor’s Note: This is an analysis of Terrence Malick’s work and inspiration. Find our review of his new film To the Wonder here.

In an era where moviegoers prefer the fluff of romantic comedies and similarly featherweight love stories, earnest explorations of love, romance, and marriage as viewed through the prism of Christianity are few and far between. Last year gave audiences Anna Karenina, Leo Tolstoy’s epic novel of love and betrayal, but the list is short.

This year promises To the Wonder, only the fourth film in the last quarter of a century from director Terrence Malick. Malick’s film aspires to an elevated and mature look at nuptial vows, love, faithfulness, and infidelity within the context of sacramental marriage. Ben Affleck prepared for his part by reading Tolstoy, Dostoevsky and F. Scott Fitzgerald, and actress Olga Kurylenko is even more specific, citing as her homework The Brothers Karamazov, The Idiot and, yes, Anna Karenina.

The story follows Neil (Affleck) and Marina (Kurylenko), both with unlucky-in-love pasts. Each believes they have finally found their soulmate in the other and celebrate their days at the medieval Benedictine monastery Mont Saint-Michel, the Wonder of the title, “invigorated by” (in the words of the film’s production notes) “feelings of being newly in love.” It is there, where they clasp hands against a backdrop of blinding white light, that Marina whispers, “Love makes us one.” But the honeymoon soon wanes when they return to Neil’s hometown in Oklahoma where their fires of passion dim, sending each into the arms of others, renewed with the ignited eros meant solely for their spouses.

To the Wonder, like The End of the Affair and Brideshead Revisited belongs to a long tradition of semi-autobiographical literature mixing Catholicism, love, and adultery. While living abroad in Paris, the younger Malick met, married and attended Mass with a Frenchwoman who, like Marina, had a child from a previous relationship. He returned with her to his hometown Austin, Texas, only to divorce and then marry his childhood sweetheart. This previous wife’s name was Michèle, and it does not take a leap of imagination to see a connection between the names Michèle and Mont Saint-Michel, a monument representing a crucial chapter from Malick’s early life.

Neil’s affair with his old flame (Rachel McAdams as Jane, a character who roughly corresponds to Malick’s present wife) is idealized as a fervent love on equal footing with what he had with Marina, thus suggesting that it is she who may be his life’s companion after all. Yet they cannot both be fated for Neil, and from this comes the film’s dramatic tensions and themes.

It would be unfair under any circumstances to expect a theological treatise from cinema or any art, but thankfully what we can expect is a deeply personal and thoughtfully observed story which at the very least acknowledges the hallowed nature of holy matrimony. By trying to map the messy desires and affections of the human heart, however imperfectly, Malick is taking “for better and for worse” seriously. Perhaps, like Anna Karenina’s illicit lover Count Vronsky’s line adopted as that film’s tagline, Malick’s only message is, “You can’t ask why about love.”

Marriage’s dark nights are rarely depicted on the big screen in quite this way, with Hollywood instead giving audiences what they most want—the swoon of love at first sight, falling in moonstruck love, the big wedding, the honeymoon phase, and happily ever after. Nicolas Gonda, To the Wonder’s producer, says that “In many ways this story contemplates and explores the aspects of love that I really haven’t seen explored on film before. It’s not just those high highs and those low lows, but those moments in between that are so honest and true.”

Referring again to the production notes, the film is an exploration of “different kinds of love,” “love and its many phases and seasons,” calling to mind Anna Karenina again where she says, “there are as many kinds of love as there are hearts.” Yet if Anna Karenina is, however loosely, the touchstone for To the Wonder, then we must take to heart the moralizing of the character Konstantin Levin who declares in the film that “Sensual desire indulged for its own sake is the misuse of something sacred which is given to us so that we may choose the one person with whom to fulfill our humanness.” In that spirit, a priest from To the Wonder exhorts, “You have to struggle with yourself.” For these troubled lovers the only real question is whether these souls can escape a marital train wreck and cross the threshold of hope into agape, the divine love.

In a contrasting subplot is Fr. Quintana (Javier Bardem), the Catholic priest who “no longer feels the ardor he knew in the first days of his faith, and wonders if he ever will again.” Despite this, he ministers to the townsfolk, including Marina, with dedication. He is described as suffering a crisis of vocation, but a better word for it may be the dark night of the soul. Besides talking with inmates, priests, and locals about their troubled lives, Javier Bardem researched his role by reading a biography of Mother Teresa. When he prays “Intensely I seek You … My soul thirsts for You. Exhausted. Will you be like a stream that dries up?,” it seems obvious that, like the Saint of Calcutta’s Gutters, he is traversing the desert of spiritual dryness.

As are several of the characters, each in their own way. Marina muses about the springtime of her passion for Neil: “I love this feeling … We were climbing the stairs … to the Wonder … My sweet love … Why not forever?” Then, later, “Why do we come down?” This echoes the sentiments expressed in The Jeweler’s Shop (a 1960 play written by the man who would become Pope John Paul II) when Andrew says, “I wanted to regard love as passion, as an emotion to surpass all – I believed in the absolute of emotion.” Even though Marina and Neil are not priests, their own vocation, marriage, is equally subjected to the dark night as ardor gives way to aridity. As Entertainment Weekly film critic Owen Gleiberman, in discussing To the Wonder’s sense of “spiritual hunger,” astutely observed, “The movie says that the reason for our breakups, our fragmented lives and relationships, is that we can no longer see God, at least not clearly. If we could, then we would be whole again.”

Fr. Quintana, like Pope John Paul II and the Song of Solomon, equates spousal love with divine love. The full text of Fr. Quintana’s wisdom, as expressed in the trailers, is:

To commit yourself is to run the risk of failure, the risk of betrayal.  But a man who makes a mistake can repent.  You fear your love has died; it perhaps is waiting to be transformed into something higher.  Awaken the love, the divine presence, which sleeps in each man, each woman.  Know each other in that love that never changes, which is not like a cloud in the sky, gone by afternoon.

It is for this sense of the transcendental that Malick is often hailed by some as a modern-day Robert Bresson, the director of such films as the deeply spiritual Diary of a Country Priest. Whether the words of Malick’s city priest are a homily, or marriage counseling, or one of the many prayerful voice overs directed inwardly, and whether or not they are heeded, is something to be discovered for those who choose to immerse themselves in Malick’s exquisite vision. 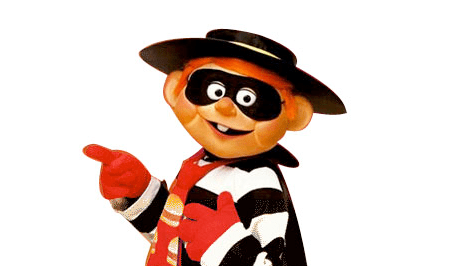 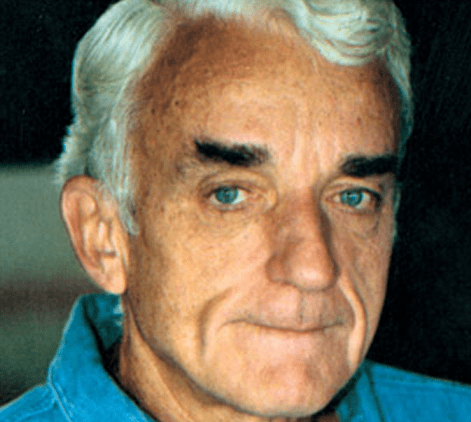 Brennan Manning Has Passed Away