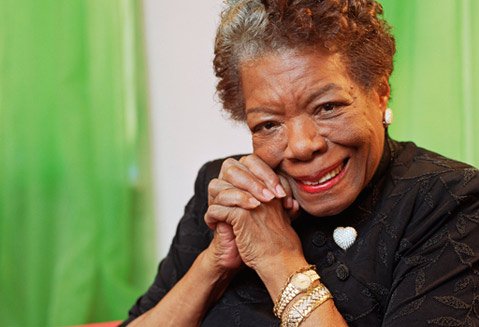 On Tuesday the U.S. Postal Service issued a stamp in honor of the late, great Maya Angelou. The stamp features a picture of the poet/author/civil rights activist and the quote “A bird doesn’t sing because it has an answer, it sings because it has a song.”

It’s an honest mistake. Angelou used the quote frequently in interviews and her first memoir I Know Why the Caged Bird Sings added further connection and confusion. Even President Obama attributed the quote to Angelou while presenting the National Medal of the Arts and Humanities last year.

Trailer: Regina Hall and Sterling K. Brown Star in the Megachurch Mockumentary, ‘Honk for Jesus. Save Your Soul.’

The quote is not found in any of Angelou’s works, but instead comes from Anglund’s book of poems, A Cup of Sun, which was published in 1967…

3 Ways to Disrupt Your Twenties