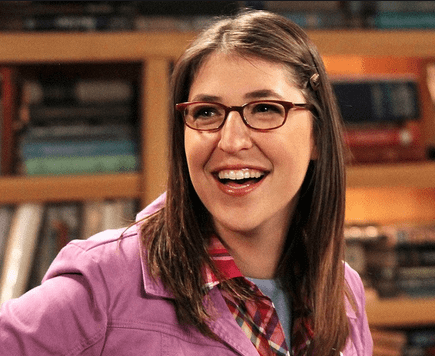 Mayim Bialik, a star of the hit sitcoms The Big Bang Theory and (formerly) Blossom, says faith and religion are never going to be popular in Hollywood. The 39-year-old actress recently spoke with Fox News and said her stances on modesty and her Jewish faith have been met with some backlash.

Along with detailing the negative responses she received after visiting a friend in Israel (Bialik is Jewish), she explained, “I think in general, it’s never going to be trendy to be observant or religious in Hollywood circles … There are people I know of faith and we tend to congregate together. I study Jewish texts weekly. That’s something really positive to me when you’re a person of faith, it stays with you all the time.”

Bialik, who recently launched a website called Groknation.com about faith, parenting and culture, also said that just because she dresses conservatively, she shouldn’t be labeled a prude. “Being a modest dresser, that for me is a certain amount of my religious faith—privacy and chastity. Just because I have a body doesn’t mean it means to be on display … It’s important, especially for children and men and my sons to hear I’m not ashamed of my body, I just don’t feel the need to display it with two tiny pieces of fabric when I want to go swimming.”

How to Develop Opinions Worth Having

5 Things We Can Learn from the Ashley Madison Scandal