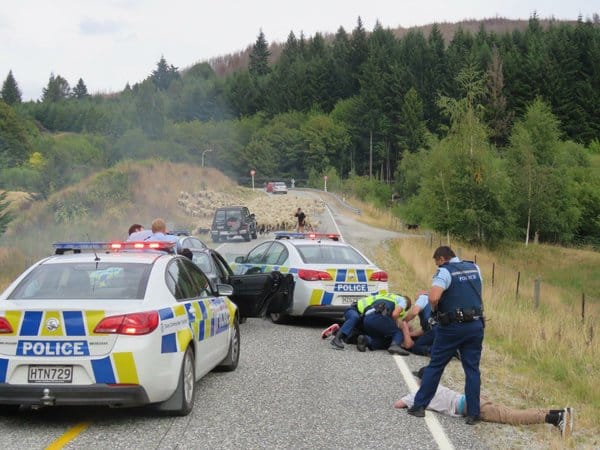 That’s right. A flock of sheep put an heroic end to a 90-minute car chase in New Zealand. Police attempted to pull over a speeding car without proper license plates in Queensland, but the baaaaad driver wouldn’t stop and led police in a the chase for an hour and half. Then the sheep, a full 150 of them, got involved. After police caught the suspect, the sheep apparently went on their way, completely oblivious to their new status as New Zealand’s finest heroes. Journalist Che Baker told The Guardian, “The farmer herding them just kept doing his job as if nothing had happened and the sheep weren’t worried by the fuss at all. They carried on normally and weren’t aware they had become duty police that morning.”

How Do I Deal With My Partner’s Sexual Baggage?