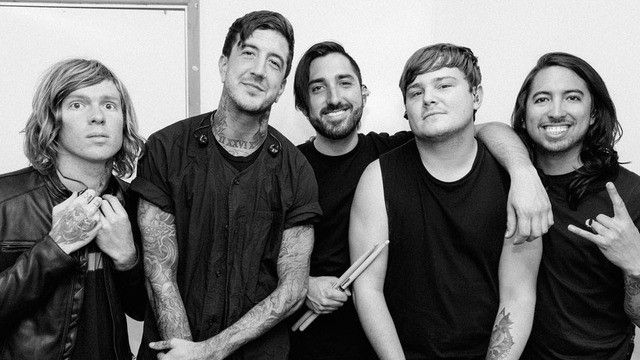 Of Mice & Men recently canceled their Australian tour due to serious health issues frontman Austin Carlile has been dealing with. Carlile is suffering from a rare fibrostic connective tissue disorder called Marfan syndrome. Of Mice & Men announced the news in a statement posted to Twitter, “Due to Austin’s ongoing recovery from recent surgeries, Of Mice & Men are saddened to announce that they will no longer be able to join A Day To Remember on their Australian tour,” the statement reads.

“The band appreciates your understanding and support of Austin’s daily struggle with his chronic illness, and we want our fans to know that he is taking the time and measures needed to recover from his extensive hospital stay.”

Carlile recently shared tweets revealing the reality of life with this disorder after a few fans tweeted their disappointment in the series of cancellations.

Last year, Carlile had heart surgery and was clinically dead for three hours. To say it’s been a rough year is an understatement.

The Biblical Truths at the Heart of ‘This Is Us’

This Artist Makes Drawings From the Shadows of Household Objects