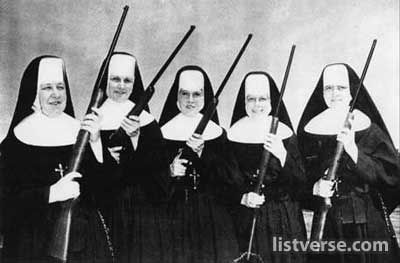 Today, the governor of Mississippi, Phil Bryant, signed into law a bill that allows people to pack heat in church. The law is a response to last year’s church shooting in Charleston, South Carolina.

The Mississippi House of Representatives voted 85-35 back in April to send the bill to Bryant’s desk. The bill is called the “Church Protection Act,” and It allows a church’s governing body to select individuals to carry weapons into the church for “protection purposes.” Already, anyone with a concealed carry license can, well, carry their weapon into most churches. But this act does not require a permit, as such.

The proposer of the bill was Rep Andy Gipson, who posted to Facebook following the governor’s signing the act into law: “The bill is effective immediately and, among other things, extends the protections of the castle doctrine to local churches who elect to establish a trained and licensed security team for protection of the congregation. Thank you Gov. Bryant!”

Opposing the bill was the Mississippi Association of Police Chiefs.

Why is Hollywood so Awful at Diversity?