Since at least the 1950s, conservative evangelicalism’s overarching sexual ethic has put a substantive emphasis on “modesty” — that is, how [Christian] women dress, specifically in terms of highlighting their sensuality.

I admit that I hesitate to make a blanket statement like this, because I don’t mean to belittle the entire conversation around sexual ethics and how our Western culture’s obsession with sex and perfect bodies is unhealthy for anyone to immerse themselves in, Christian or not. That’s another post for another time, and well worth exploring. But my opening statement is not at all an unfair assessment. Modesty has undeniably enjoyed front-page headline status in Christian conversations about sexuality for decades, almost irrespective of particular church tradition.

I’m hoping to push back hard on this narrative that has dominated the evangelical landscape for some time now. I grew up in the 1990s, in a very extreme group that would have liked to place the blame for all of society’s woes squarely at the feet of miniskirt- and bikini-clad women. It was about as Puritanical as you can imagine. When I left that tradition for more mainstream evangelical circles as a teenager, I encountered a much more subtle and “balanced” sexual ethic that, though less extreme (and therefore less obvious to me at the time), had a lot in common with the cult in which I was raised.

One of the chief commonalities was this theme of modesty. Side note: In case it’s not already obvious — it really only ever applied to women. So… really, women’s “modesty.” Or, in other words, cover up your sexy parts, ladies.

(Yes, this was actually a slogan, printed on t-shirts that became an entire movement, with events and conferences behind it.)

Usually the idea of modesty was presented innocuously enough, often at big concerts and conferences led by eloquent, attractive young artists and writers like Joshua Harris and Rebecca St. James  with largely good intentions. The idea, or so I gathered as a teenage male, was that young ladies ought to respect themselves enough that they don’t have to wear “scanty” clothing (whatever that means) to attract the lustful attention of men/boys. Furthermore, our good men and boys who are trying so hard to fight the onslaught of increasingly sexual images against their virgin eyes are having a hard enough time because of the wicked times in which we live, so let’s act charitably and not “cause our brothers to stumble” with how we dress. After all, church/youth group should be a safe place, no?

While I agree wholeheartedly that we all have a responsibility to each other to love one another and not intentionally lead one another down destructive or unhealthy paths, there are at least three glaring problems with this line of teaching and thinking:

1. No one really knows what “immodest” means.

I’m dead serious. Every man is different with what turns them on. According to Granny Clampett in The Beverly Hillbillies, Ellie Mae’s search for a husband ought to include the occasional flash of her ankles to attract a man’s attention. Just listen to a couple hip-hop songs, and you’ll quickly discover that some dudes are really into butts, while others are boob guys and some dudes are into neither. Moral of the story : What might seem “modest” to one person/tradition/culture might seem immodest to another. There’s no universal agreed-upon standard for what turns men on. It’s a self-defeating exercise from the outset.

2a. It puts the responsibility for a man’s lust and fantasies squarely on the shoulders of women.

Many conferences and books have even gone so far as to name women the “gatekeepers” of sexuality. He will go as far as you let him, the narrative goes. Wow! This a staggeringly unhealthy narrative to promote to our children about the way sexuality works, and plays directly into the hands of a rape culture such as the one in which we live: If you are a woman and ever get catcalled, abused, molested, raped or any number of other sexual advances, you are probably at least partially to blame. What were you wearing? What did you say to him? Did you bend over to pick something up? Was your perfume too sensual?

How is this a complex we want to instill in either our girls or boys? Aside from the profound shame this places on the shoulders of girls and women when they are violated, think about what this narrative is teaching boys: You don’t have control over your own body and urges; if you “stumble” sexually, it’s because some slutty woman influenced you to it, or wasn’t sufficiently careful to “guard your heart” and eyes from the sensuality she exudes. This thinking only exacerbates what is becoming more and more a cultural epidemic of men objectifying and abusing women as sexual playthings.

2b. It grants men and boys amnesty from the responsibility of their own sexual choices.

Not only is this insulting to men, as though we are merely creatures of instinct, like dogs that can’t control their incessant need to hump everything in sight, but I would argue that it conditions boys and young men for the “struggle.” I have a 3-year-old son, and one on the way, and I don’t want them to grow up thinking they are incapable of controlling their sexuality. Of course they are going to “struggle” in the sense that they are males with a sex drive, and they will notice beautiful women and be attracted to them, but there’s no need to condition my little boys to notice every time a woman is dressed “immodestly,” as I was as a child, pointing out “inappropriately dressed” women at the beach in bikinis, or drawing attention to every hint of cleavage, bare midriffs or even tight pants. This only conditions a child’s mind to notice these things and view them as forbidden, rather than training them for self-control through the simple acknowledgement that humans are by nature sexual beings, and that the female form is beautiful, something to be appreciated and not objectified.

This is the legacy I want to leave with my sons: They, as well as you and I, can notice beauty without immediately letting our minds go to sinful places. Anything less than this dishonors both the character of men as well as the women and girls we are hoping to protect.

3. The Bible does not breathe a word of such nonsense.

This is perhaps the most profound problem with the “modest is hottest” teaching. There is one verse in all of Holy Scripture in which the word modesty is used — the Greek word aidos, and it’s the one verse perennially pulled out in defense of the MiH argument by its perpetrators. The verse literally says, “I also want the women to dress modestly [respectably, decorous], with decency and propriety, adorning themselves, not with elaborate hairstyles or gold or pearls or expensive clothes, appropriate for women who profess to worship God” (1 Timothy 2:9).

Are you catching what I’m catching?

This passage, which is about proper attitude and decorum in church, though it may have a vague implicit reference to the sensual kind of modesty, is actually very explicitly referring to a materialistic kind of modesty. Scripture is chock FULL of references to this kind of modesty and humility (the actual definition of the English word modest).

The early Church (and the modern Church!) is full of people of different races and socio-economic status. The church Timothy pastored in ancient Ephesus would have had rich businesspeople and slaves worshipping side by side, temple prostitutes, artisans, soldiers, beggars, trust-fund babies and everything in between.

Paul was telling Timothy to shepherd his people in such a way as to communicate the values of the kingdom of heaven — that in Christ there is no Jew or Gentile, rich or poor, male or female — all are one and of equal status in his kingdom. Why would you wear expensive clothes and fine jewels to a worship gathering when you know that the woman next to you doesn’t know where her next meal is coming from? Paul is encouraging here a kingdom reality check, the hope that the Church would be the kind of community that communicates radical welcome to everyone, where all are on equal footing with God regardless of race or riches, and we communicate these values even with little things like how we dress, act and speak in our worship gatherings.

Jesus Himself had some pretty radical things to say about lust and sexuality, and never once did He invite women into the blame game, something we are told our first fallen father, Adam, did from the very beginning. Instead, Jesus makes the following scandalous statement, contra MiH teaching:

Whoa! Not only does Jesus say nothing about female culpability in a man’s fantasies, He absolutely destroys any excuses a man might make about his inability to control his own urges. No, Jesus says, a man’s culpability begins and ends with his own eyes and right hand.

Jesus is always pointing back to the broken human heart as the spring from whence our sin comes. Men don’t lust because women are immodest. Men and women alike lust (Hebrew/Greek: covet) because we want what we can’t have. Men in Afghanistan or Turkey will lust after a woman in a burqa or niqab, men in Tennessee apparently will lust after an ankle, while men in the Amazon apparently don’t think twice of topless gals, if National Geographic is to be believed.

We are discontented creatures, all of us, including the woman who intentionally dresses to seduce the man that she wants but can’t have. But not Jesus nor any of the other writers of Scripture so much as insinuate that women are in any way responsible for men’s choices, sexual tensions, or fantasies. Even the well-known passage about “helping your brother not stumble” is a serious stretch to apply to women in how they dress. It’s not the original intent of the passage, though again, it does seem reasonable to me that all of us should live with an awareness of how we might be placing unnecessary stumbling blocks in our brothers’ and sisters’ lives. But this does not equate to a command for women to obsess over clothing choices. Each man (and woman) is responsible to God for their own choices. Scripture is surely clear about that point.

So, speaking as a man who knows well this “struggle” of holding faith and purity in an over-sensualized culture, I hope today that my sisters feel free to dress with both charity and charm, with dignity and dazzle, to adorn yourself in a way that makes you feel beautiful and confident, in a way that allows you to experience solidarity with other women, to make your clothing choices based on the values of God’s kingdom (which includes wearing clothing that is ethically manufactured) and to feel free to let men take the responsibility for their own right eyes and hands and figure out how to be respectable men who treat all women, regardless of cleavage or legs for days, with dignity and respect.

Joel Michael Herbert is a writer, artist, coffee/beer snob and pastor from Syracuse, New York. He and his wife Dani are passionate about writing great melodies and telling great stories, and have performed their music all over the United States, usually packing out a minivan with their three kids in tow. You can connect with them at medium.com/@joelherbert and TheWorldInLights.com 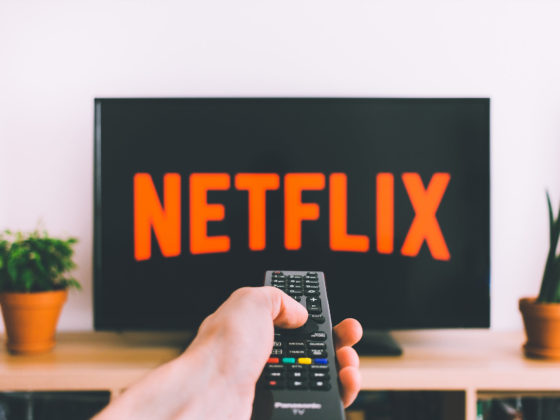 9 Must-Watch Things on Netflix in June 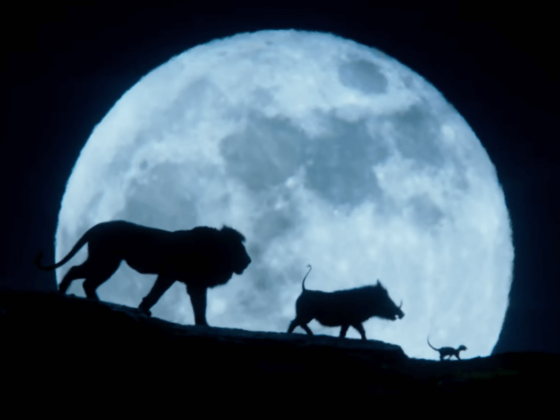