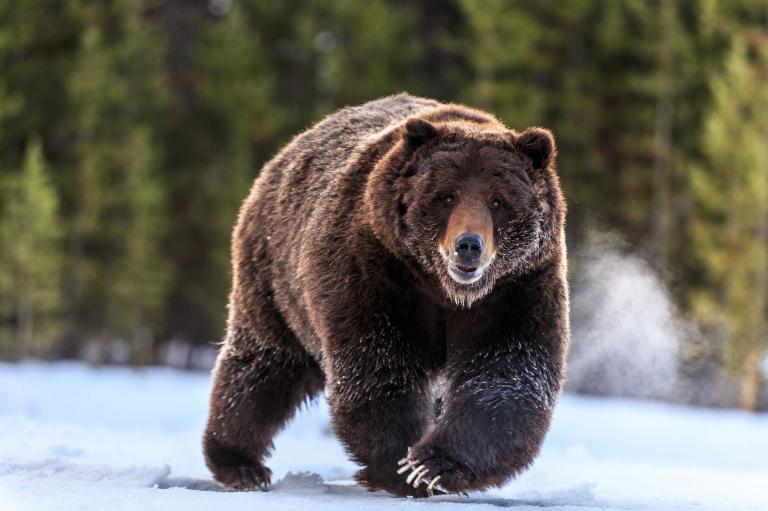 Remember what you learned about bear safety in Boy Scouts? Well, you probably should.

Todd Orr was scouting for potential hunting locations in Montana on the North Fork of Bear Creek when he encountered a grizzly bear and her two cubs between 7:15 and 7:30 a.m. Saturday morning. The mother bear charged Orr, pinning him to the ground and injuring his head and arms. Orr tried to spray his attacker with bear spray, a type of pepper spray used to deter aggressive bears in the wild. It didn’t work.

“I went to my face in the dirt and wrapped my arms around the back of my neck for protection. She was on top of me biting my arms, shoulders and backpack. The force of each bite was like a sledge hammer with teeth. She would stop for a few seconds and then bite again. Over and over. After a couple minutes, but what seemed an eternity, she disappeared.”

If that wasn’t enough, Orr was making the three-mile trek back to his truck injured when the bear returned, attacking him again.

“I could feel her breath on the back of my neck, just inches away. I could feel her front claws digging into my lower back below my backpack where she stood. I could smell the terrible, pungent odor she emitted. For 30 seconds she stood there crushing me.”

Finally, Orr made it to his truck, called 911 and posted a Facebook live video while he was still visibly bloodied because, well, why not? He got attacked by a bear twice and live to tell the tale. We would probably tell Facebook, too.

After eight hours in the hospital in treatment for his injuries, Orr is expected to make a full recovery.

You can watch Orr’s videos here. Be warned that they are obviously graphic.