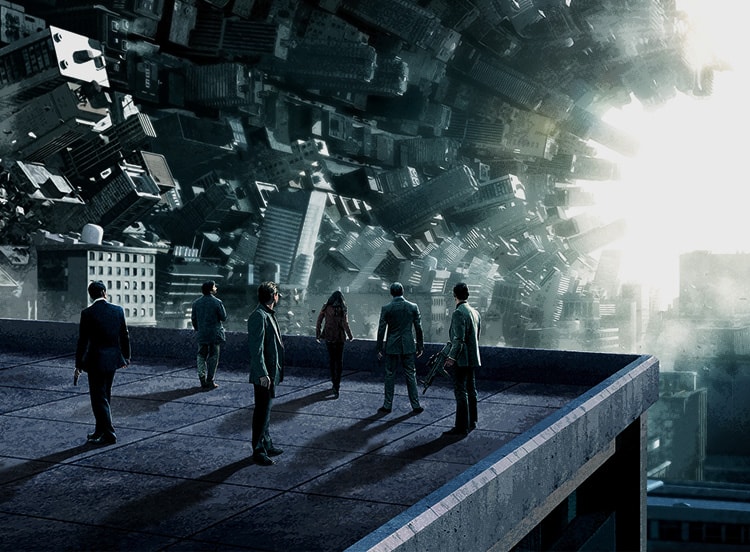 There’s perhaps no filmmaker working today who brings as much artistry and thematic weight to massive genre films as Christopher Nolan. With just 10 films ranging from high-concept vengeance movies to prestige comic book adaptations, Nolan has cemented himself as one of our culture’s most preeminent storytellers.

Nolan’s latest film, Dunkirk, is no exception. The summer’s first non-franchise blockbuster is a virtually wordless war film that depicts the harsh brutality of the British evacuation from France during World War II. And as his fans expected, there are a handful of scenes that are frankly difficult to watch due to their oppressive sound design, aggressive visuals and grim timeline swapping.

But this is what the best Nolan films do. They use individual scenes to evoke enough emotion to make the audience member think and contemplate what’s outside the screen without feeling taken out of the experience. For that reason, it’s easy to understand why so many Christ followers regard Nolan’s work so highly. It’s not solely because many of his movies fit within PG-13 territory. There are a wealth of standout scenes in these films that effectively make Christ followers reflect on what they truly believe about the world, their fellow person and God.

Memento: “Memory can change the shape of a room.”

Nolan’s second film is still arguably among his very best. Memento centers around Leonard Shelby, a freelance detective with short-term memory loss who tattoos clues to his body in an ongoing investigation of his wife’s murder. When his new memories fade, he’s conditioned to take notes, trusting his own handwriting, as he advances the case in an effort to finally get revenge.

There are many mind-bending scenes in Memento that are more than worthy of bringing up, but one of the most impactful moments happens early in the film, when Leonard is sitting with Teddy, a man who purportedly wants to help him find his wife’s killer. When Teddy argues that Leonard can’t trust his own notes because he can’t use his memory, Leonard replies:

“Memory can change the shape of a room. It can change the color of a car. And memories can be distorted. They’re just an interpretation, they’re not a record, and they’re irrelevant if you have the facts.”

Leonard speaks like a true detective here, using the objective authority of evidence to turn his weakness into a strength. Aside from that, there’s something to be said here about how Christians rely on faith to paint their worldview, sometimes at the expense of facts or what is presently evident. What’s beautiful about this scene is in how it manages to put the burden of faith on the unreliability of our own memories, not the idea of faith itself, suggesting that facts are indeed important along with faith when it comes to defending what we know and being confident in who we are.

Inception: “So, how did we end up here?”

The cafe scene in Inception is stunning for a variety of reasons, particularly because of the practical effects used toward the end, but it begins with a fascinating explanation of how our subconscious works by Cobb, our protagonist, to Ariadne, his budding “dream architect.”

He explains that when we dream, our minds create and perceive detailed environments so quickly, we don’t even realize it’s happening. Skeptical, Ariadne questions how this is even possible, and then Cobb throws her for a loop with a question that proves his case. He mentions that in a dream, everything feels real while we’re in it, and we never quite know how the dream starts. He then asks her, “So, how did we end up here?”

Ariadne can’t answer the question, and the dream implodes. Upon subsequent re-watches, it’s hard not to find yourself questioning what’s real and what isn’t, especially if you concede that our minds are capable of detailing a rich enough world to fool ourselves, or adversely when someone else does it to us, which is the plot of the movie, of course.

What Cobb is truly describing here involves both creation and inspiration, but notably how the two intersect. The scene speaks to how easily we can be caught up in someone else’s reality instead of our own, which is fleshed out later in the film. What we really know to be true and inspired by creation could be a dream world that feels authentic in the moment, but there’s no clear way to be sure until you’re out of it, which is actually similar to the experience of watching a movie in the first place.

The Prestige: “No tricks. No lies. No secrets.”

Over the course of The Prestige, we watch the cutthroat rivalry heighten between two up-and-coming magicians, mainly from the perspective of Alfred Borden. We watch him fall in love, have a child, and compete as the underdog—at times—to Robert Angier.

Eventually, Borden manages to find great success with a trick that starts to upend his entire world. It’s not until later in the film that we understand why, making the pivotal scene between Borden and his wife Sarah all the more heartbreaking.

Sarah confronts Borden over his affair with Olivia, his assistant. At first glance, it seems like Borden is simply choosing to be selfish in his lust and independence, as he loses his wife and daughter all at once for reasons that seem pointless. Sarah begs him to explain himself, pleading: “No tricks. No lies. No secrets.”

We find out later that Borden himself never had an affair. His twin he used for his signature trick had fallen in love with Olivia, not him. But because the twin’s existence had to be secret at all costs, Borden refuses to confess to Sarah, putting his career and commitment to ambition clearly ahead of his marriage.

What’s particularly devastating about this turn of events is that much of the film is told through Borden’s perspective, and the audience is conditioned to root for him throughout. But Nolan quietly leaves clues to suggest that Borden’s motivations will be his own downfall, as his choice to stay in character ultimately costs him everything he claims to love.

It’s a remarkable commentary on the limits of human love, and how even the heroes of our stories are incapable of love that is unconditional, despite what we want to believe or what movies want us to believe for a moment. In Borden’s case, many find his choice revolting and hard to accept, but in all honesty, it’s not far removed from how Christ followers treat the God they love, or profess to love.

The Dark Knight: “You just couldn’t let me go, could you?”

Early on in The Dark Knight, Alfred gives Bruce Wayne his iconic speech about how “some men just want to watch the world burn,” as he explains what might truly drive the antagonist of the movie, Joker.

It’s a great line, but it isn’t fully realized until the film’s dramatic third act, when the Joker and Batman come to blows for the last time as they fight for the “soul of Gotham.” The entire scene is a masterwork, starting with the decision made by the two ferries not to blow each other up in order to save their own lives, upending Joker’s plan. But when Joker falls to his death, he noticeably laughs as he seems to realize that Batman has broken his rule to never kill…until he saves Joker at the last moment and hoists him back up to the platform.

The Joker laughs again and tells Batman, “You just couldn’t let me go, could you? This is what happens when an unstoppable force meets and immovable object.”

Here, Nolan lays out a staggering assessment of the fight between good and evil, a closer analogy to Eastern ideas about Yin and Yang than what Christians typically believe and teach. The Joker even claims that they’re “destined” to do this forever, and it speaks to how hopeless it can feel to recognize that so much of the evil in the world is itself an unstoppable force, at least by us.

Taken as a whole, Nolan’s films are packed with powerful ideas that can provoke hours of meaningful discussions. Interstellar presents the idea of how love fits into the restrictions of time and space. Insomnia was one of Nolan’s first examinations of what makes someone truly good or evil. And Batman Begins is more a film about fear itself than the hero who tries to fight against it. For that reason, there’s no mystery why so many people, including Christians, consistently show up to Nolan’s movies looking for not just entertainment, but a chance to have their minds blown.

Climate Change Is an Issue of Life and Death

Lamar Odom’s Essay About Addiction Is Both Heartbreaking and Inspiring