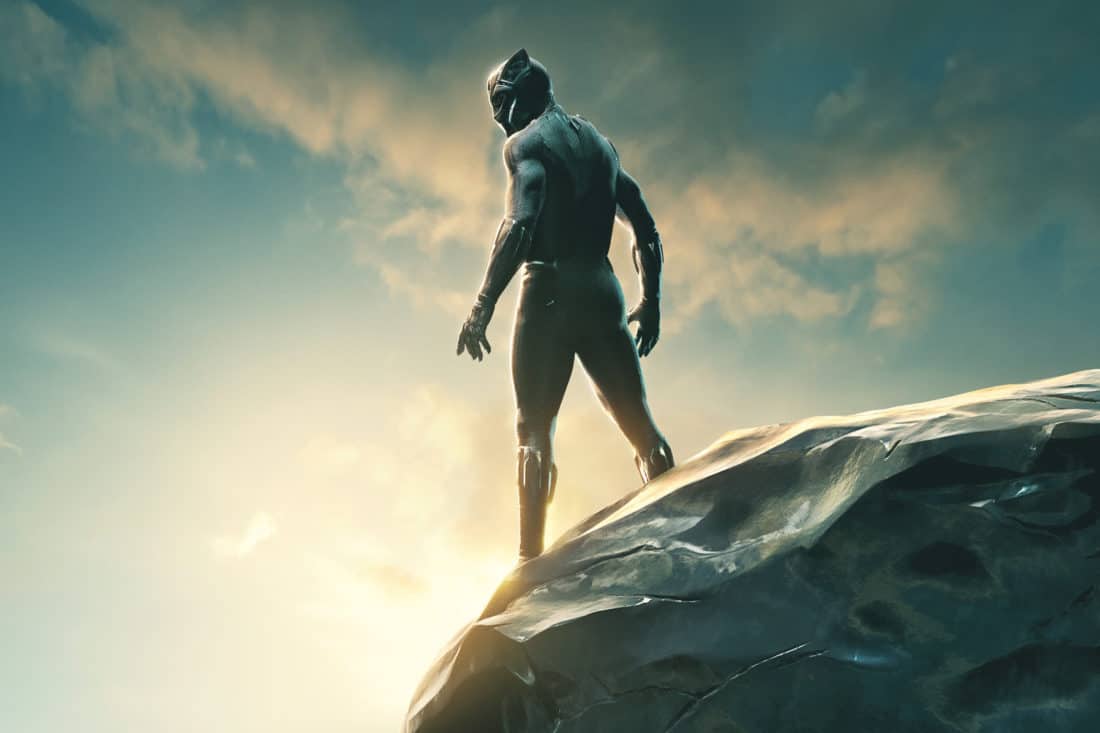 The world has been waiting a long time for Black Panther, a film that doesn’t settle for fleeting entertaining trifles and instead delivers something unlike any superhero movie you’ve seen before. Black Panther carves a path of its own and wears its purpose on its vibranium sleeve. What you’ve seen from its marketing—the stacked cast, the awe-inspiring visuals, the thrilling action—is all there, but on top of that, you’re seeing an impactful, universal story about the delicacies of power.

You don’t have to watch any of the previous Marvel films to fall into the world of Black Panther (although it does improve the experience to a degree). All you need to know is that this world centers on a powerful resource called vibranium, and vibranium is protected by a secret African utopia called Wakanda.

Shut off from the rest of the world, the leaders of Wakanda are united by their newly-throned king, T’Challa (Chadwick Boseman), who rules as the mythic “Black Panther,” a warrior with supernaturally improved reflexes, strength, agility and a tech-powered vibranium suit. Think Captain America with body armor and claws instead of a shield.

Boseman’s T’Challa is a blank slate, but that’s in service to his charming supporting cast of cohorts. Rather than boring us with exposition, the film uses each character to drive the story and explain the world of Wakanda. T’Challa’s younger sister Shuri (Letitia Wright) is the nation’s resident genius. Her scenes establish Wakanda’s technological superiority over the rest of the world and amplify the film’s examination of how and when to share prosperity. The more we see of Shuri, the more we engage with this crucial component of the film’s worldbuilding. Plus, she’s the film’s comic relief, and she excels at that, too.

The same thematic dynamic goes for the fierce and protective General Okoye (Danai Gurira), who lends a voice to preserve Wakanda’s secrets, and her counterpart Nakia (Lupita Nyong’o), Wakanda’s spymaster and a strong advocate for the outside world. These tangential conflicts all serve to flesh out the agency of T’Challa himself, as he struggles with how to use his inherited power and privilege to make the world, and Wakanda, a better place.

But it wouldn’t be enough for T’Challa to overcome his monarchical challenges alone. He needs a worthy antagonist to expose his flaws, and here, that’s Killmonger (Michael B. Jordan). A radicalized reflection of T’Challa himself, Killmonger is Wakanda’s prodigal son, come to challenge Black Panther for the throne. Jordan has collaborated with director Ryan Coogler on the excellent Fruitvale Station and Creed, so it’s no surprise to see him treat his character with more thoughtfulness and intimacy than any previous villain in the Marvel Cinematic Universe.

That’s not to say you’ll root for Killmonger, necessarily, but you’ll at least find room for empathy in his story. His violent methods are atrocious, but his motivations aren’t, and that makes him a compelling antagonist to his foil, T’Challa. These men are as similar as they are different: respectful of the power they wield but veering far away from each other in terms of how to wield it. T’Challa is stoic, but indecisive, while Killmonger is charismatic, yet extreme. Their goal is the same, but their methods clash.

For a film with so much to say thematically, Black Panther is still as entertaining and crowd-pleasing as these Marvel films need to be. The discovery of Wakanda itself is a truly special cultural experience, akin to the first sight of Steven Spielberg’s dinosaurs in Jurassic Park or the climactic trench run above the Death Star in George Lucas’s original Star Wars.

In that way, the movie is greater than the Marvel standard. It’s important. It starts conversations about topics most people leave outside the theater. Not just power, but also inequality, abuse of privilege and hypocrisy. The film challenges the conceit of Wakanda as an affluent city on a hill, and when you see it surrounded by a world in preventable peril, it feels uncomfortable. That tension loads the inevitable confrontation between Black Panther and Killmonger with meaning.

This is not just a war of brute strength but a battle of ideas—the most dangerous weapons we have.

Watching the World Grapple With a Virgin ‘Bachelor’