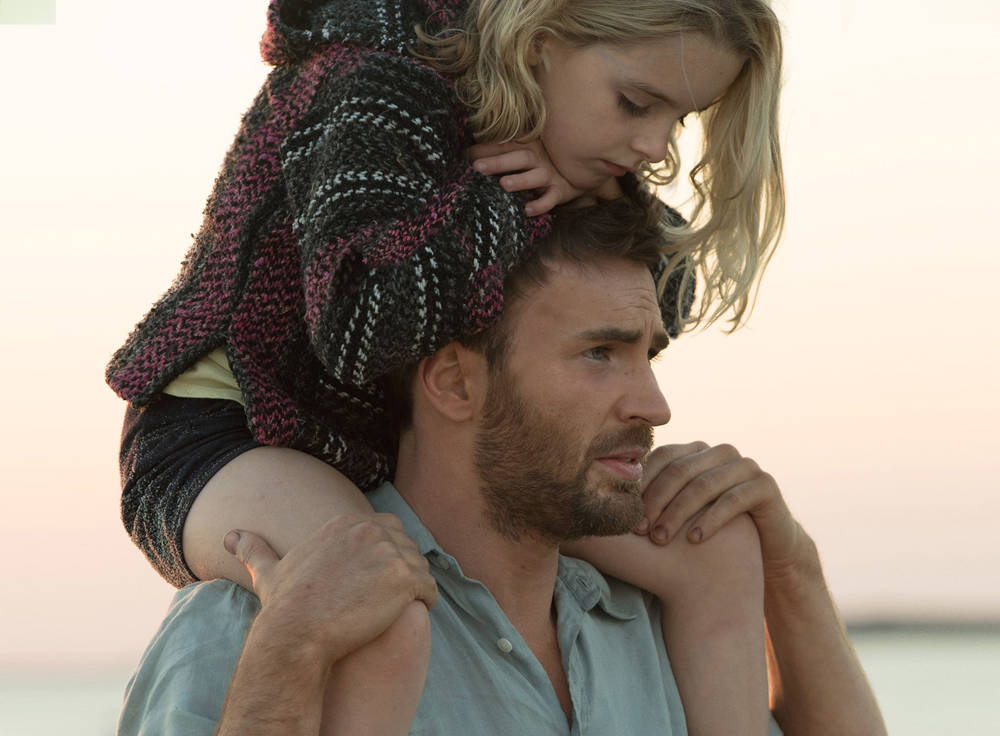 “Is there a God?” 7-year-old Mary muses while playing with her uncle Frank, who replies that God isn’t something you can prove, but about faith.

Frank tells Mary he “loves that guy. You should do what he says.”

An agnostic, Frank continues, “One way or another, we all wind up back together.”

Gifted, one of the most surprising and timely movies this year, tells the tale of Frank (Chris Evans of Captain America fame), a boat repairman in Florida raising Mary, the only daughter of his deceased sister, a math savant who committed suicide, at least partially due to her exceptional abilities.   It’s clear that Mary has inherited her mother’s abilities, which terrifies Frank.

After two years of homeschooling, he makes the decision to send Mary to public school for second grade, where it takes the teacher just one day to realize Mary would fit in better at Stanford or Yale than a classroom full of markers and glue.

The high school principal wants Mary placed at a gifted school for advanced children. Frank believes his sister resented that “advanced childhood” and wants Mary’s school years to be as normal as possible.   Fortunately, Frank is not alone in his quest. Roberta, played by Oscar Winner Octavia Spencer (The Help, Hidden Figures), lives next door and serves as Mary’s functional second parent. In one of the biggest wins for Christianity on screen this year, we watch Roberta quietly live out her faith, helping to raise Mary, and asking for nothing in return.

The three of them are one oddly formed but happy family until Mary’s grandmother shows up and files a lawsuit for custody, hoping to put Mary on the same track that pushed Mary’s mother to both academic fame and suicide.

A FICTIONAL LOOK AT THE REAL LIFE IMPACT OF HELICOPTER PARENTING

Over-parenting is a hot topic on the big and small screen right now. Gifted and HBO’s hit miniseries Big Little Lies essentially deal with the same question: What happens when parenting becomes a consuming identity rather than a role, and the line between childhood and young adulthood is blurred beyond recognition.

According to Julia Lythcott-Haims, a former Stanford Dean, over-parenting is a losing equation for everyone involved. “If you’re over-focused on your kid, you’re quite likely underfocusing on your own passion,” she writes in The New York Times best-seller How to Raise an Adult.

Despite what you may think, your kid is not your passion. If you treat them as if they are, you’re placing them in the very untenable and unhealthy role of trying to bring fulfillment to your life. Support your kid’s interests, yes. Be proud—very proud—of them. But find your own passion and purpose. For your kid’s sake and your own, you must.

According to Lythcott-Haims, when children are raised to be the next Lebron James or Taylor Swift, the result is usually not the star on the stage or court, but young adults who can’t handle adulthood.   In one of the most poignant moments in Gifted, Mary is asked why she wants to live with Frank. “Because he loved me before he knew I was smart,” she replies.

For parents and non-parents alike, Christians have the opportunity to take a stand to protect childhood in our homes, churches and neighborhoods at a time when the general cultural movement is to treat kids like commodities.

For the record, Gifted is a great story that only adds up to a pretty good movie. Director Mark Webb, the mind behind the highly imaginative millennial classic 500 Days of Summer, seems to have lost his mojo here. He pretty much just points the camera at the actors and lets them talk. The incredible performances by Evans, Spencer and newcomer Mckenna Grace as Mary save his skin.

Still, it’s tough not to be a little dissatisfied at the fact that more creative directors working today just didn’t feel like taking any chances this time around.

Still, Gifted deserves a larger audience. In a month where the eighth Fast & Furious movie has raked in nearly a billion dollars in ticket sales, Gifted barely hit $10 million. Which is a shame because the message of this film is not only needed, but it’s delivered in a way which sidesteps the cheesy Disney-esque cliches that usually plague films in this genre.

According to Gifted producer Andy Cohen, the movie is a willful attempt to paint STEM careers in a positive light. “Normally, if you see movies about math and science it’s with some mad genius, where they’re brilliant, but troubled somehow,” he told Variety. “We’re trying to represent the fact that normal people can be really good at this—especially little girls and women—and hopefully that message gets out there and it doesn’t become a big moment anymore. It just becomes normal.”

Traditionally, May marks the beginning of summer movie season, which means your local theater will be filled with superheroes, car chases and alien invasions until the weather turns cooler again. Before the onslaught of capes and explosions hits, Gifted is well worth your time.

Not just because it’s the rare project that’s genuinely funny and truly moving, but also because it asks worthy and timely questions about childhood in the world we live in.

What You Need to Know About the Humanitarian Crisis in Venezuela