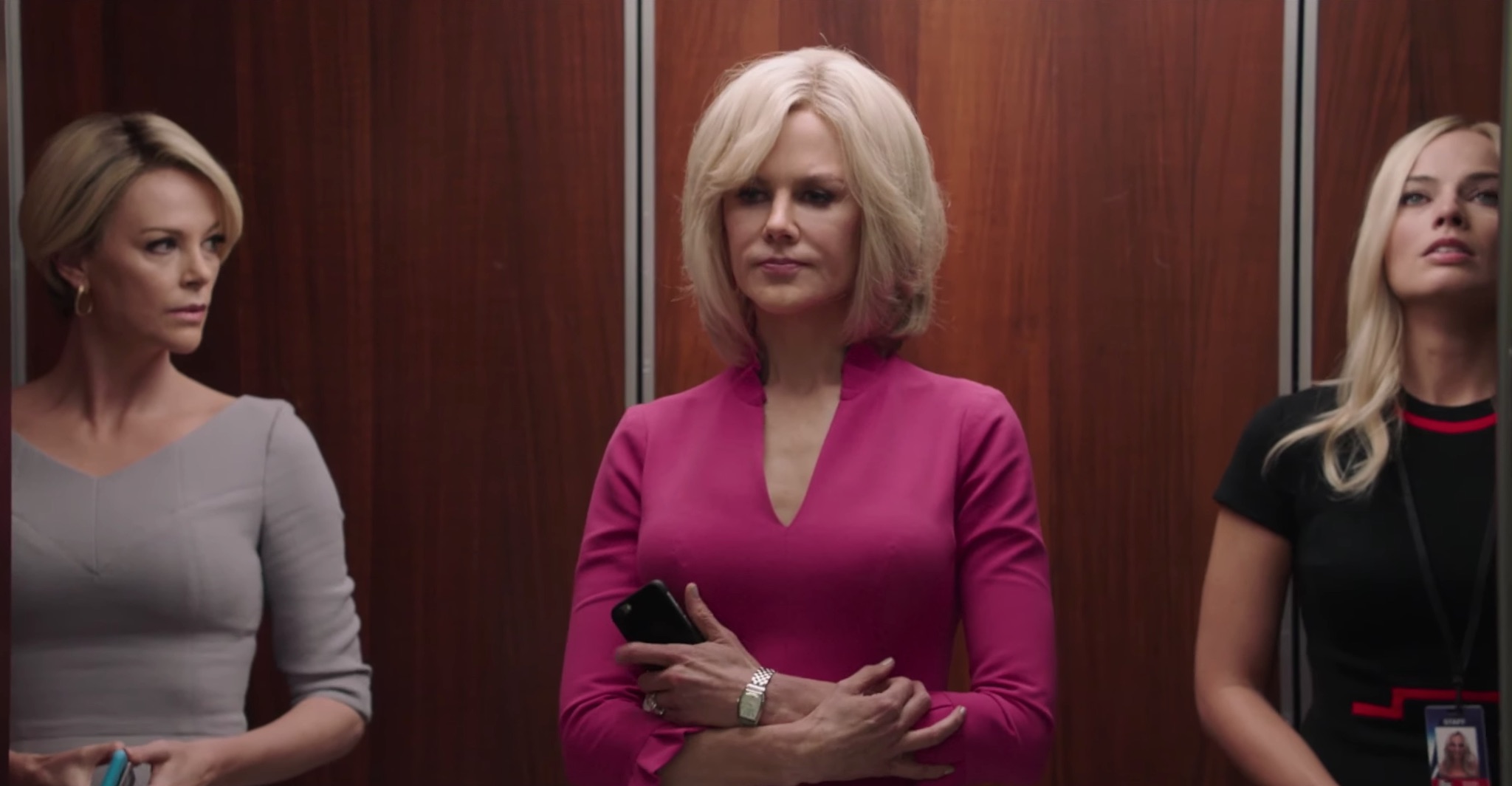 Margot Robbie is Kayla Pospisil, Nicole Kidman is Gretchen Carlson and Charlize Theron is a dead ringer for Megyn Kelly in the first trailer for Bombshell, which will tell the story of the women who accused former Fox News CEO Roger Ailes of sexual misconduct.

The first teaser is light on dialog but heavy on tone and features Theron doing more acting with her eyes than some actors could do in a 10-minute monologue.

That’s a pretty solid cast right there, but that’s not all.

The movie will also have John Lithgow, Kate McKinnon, Connie Britton, Mark Duplass, Rob Delaney, Malcolm McDowell and Allison Janney, so a little something for everyone here. The movie will release this December and most likely has its sights set on Oscar season.