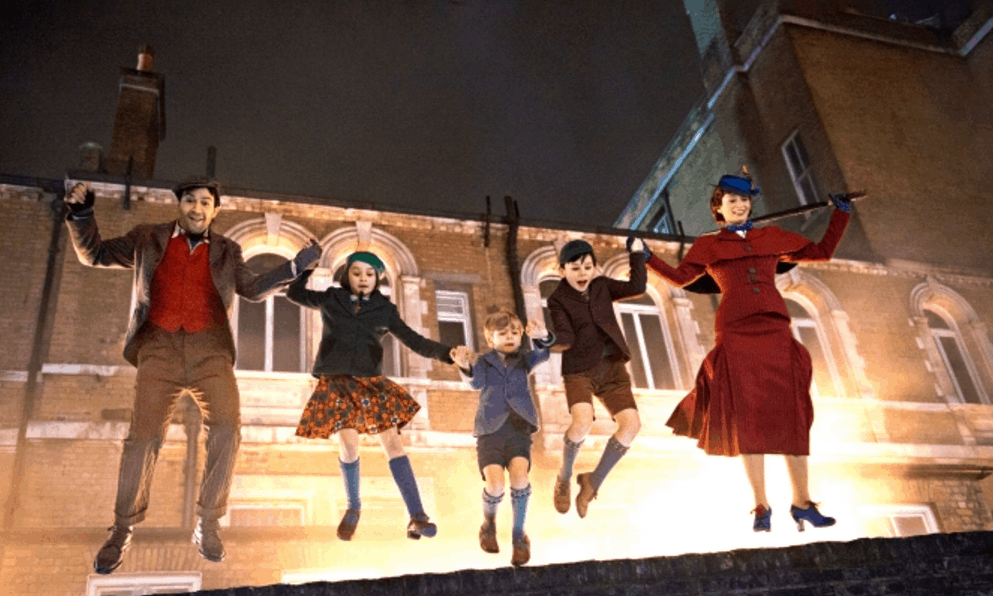 Like the winds of London shifting to the east and bringing with them strange and magical nannies, the winds of Walt Disney’s reboot fever have shifted towards Mary Poppins. The Julie Andrews classic is getting a sequel/reboot of sorts which, depending on how you feel about reboots, may or may not be your spoonful of sugar. But now Entertainment Weekly is here with a first look.

There’s no arguing with the pedigree of the cast. Emily Mortimer and Ben Whishaw are filling in as a grownup Jane and Michael, Lin-Manuel Miranda will be stepping into the shoes of a certain chimneysweep who may or may not have any connection to Dick Van Dyke’s Bert, and in a practically perfect in every way bit of casting, Emily Blunt will be taking over the umbrella wielding duties of Mary Poppins.

Updating one of Disney’s most iconic films is no mean feat. The original netted an Oscar for Andrews and is responsible for adding a word to the dictionary (surely you can guess the word). But that movie was loosely based on the first two books of P.L. Travers’ six book series, and Mary Poppins Returns will evidently be borrowing heavily from some of the other books, so this particular film adaptation isn’t going totally off canon. It’ll sweep into theaters next December.

Is There Value in Christians Watching ‘Offensive’ Comedy?