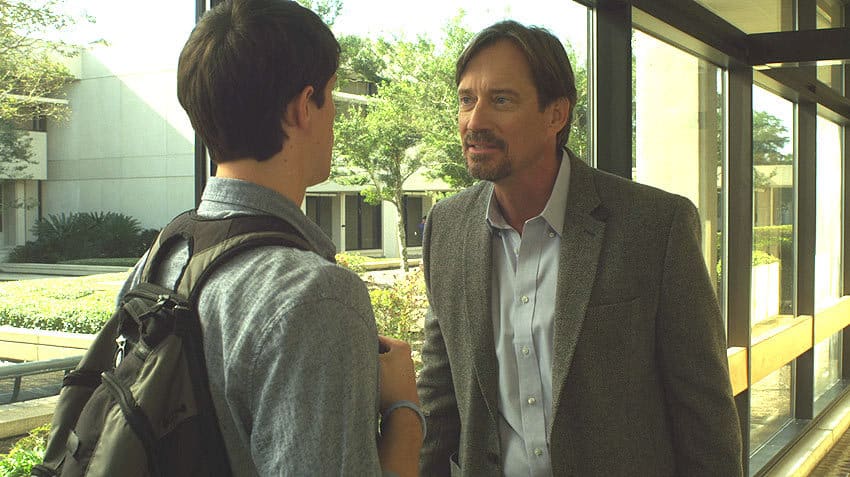 Five years ago, a desperate American Christian populace found a reckless, rage-fueled champion in God’s Not Dead. The movie’s timing could not have been better. For white evangelicals in particular, President Obama’s second term felt like a fraught period of cultural oppression, a time when popular culture seemed to be veering away from traditional Christian values. The 44th president’s meager support among white evangelicals—just 26 percent in 2008—fell to 21 percent in 2012. Perhaps those people found a new hero in the cross-wearing college freshman of PureFlix’s box-office hit.

God’s Not Dead made $64 million in 2014. It’s the ninth-highest total ever for a Christian movie and sixth-highest for a non-Narnia movie in the category. The figure fits within the typical faith-movie narrative: great box-office returns despite critical revulsion. God’s Not Dead scored only a 13 percent on Rotten Tomatoes. The Guardian called it “sick filth” and The AV Club said it “resembles a megachurch more than a movie.” Even among faith outlets, God’s Not Dead was roasted as “a contrived Sunday school lesson” (National Catholic Reporter) and “marinated in self-righteousness” (Common Sense Media).

And yet, the $64 million makes sense. Poor quality has never stopped Christians from supporting movies that align with their values, but more so, 2014 found many white evangelicals—a reliably conservative demographic—back on their heels in the face of a liberal surge in Washington and fast-changing cultural norms across the country. This tension, coupled with a perceived inability for Christians to fight those changes, made the message of God’s Not Dead seem revelatory. Watching this movie, white evangelicals felt heard.

God’s Not Dead pits Christian college student Josh against an aggressive atheist professor. The prof wants his students to sign a paper declaring “God is dead,” but Josh refuses, challenging his teacher to three debates on the existence of the Christian God. Needless to say, the 18-year-old sticks it to the seasoned academic and opens many of his classmates to faith, even contributing to the professor’s own conversion at the end of the movie (he’s struck by a car and offers his life to Jesus while dying in the street—it’s a wild sequence).

But the come-to-Jesus moments aren’t really the point. It’s evident that pandering, rather than evangelism, was God’s Not Dead’s mission from the start. The movie crams in some thin redemption arcs and even a cringey “text your friends about Jesus” call to action, but God’s Not Dead puts 95 percent of its energy into painting non-believers as the enemy, not Jesus as a savior.

This navel-gazing—and the disingenuous coat of paint on top of it—is why many critics panned God’s Not Dead, but it’s also why so many people turned out for it. Remember, 2014 saw white evangelicals feeling more and more marginalized. For a movie to not just acknowledge their perceived plight, but perpetuate that plight and carry it forward, was refreshingly affirming for that audience. It’s undoubtedly hacky and contrived and a fear-mongering mess, but God’s Not Dead was effective in this respect. Cue the sound of a cash register opening 64 million times.

The God’s Not Dead story ends here for most, as the two sequels wouldn’t capture as much attention or money in 2016 and 2018, but the franchise continued even as America’s power structures shifted away from the perceived threats of the Obama administration. Statistically speaking, white evangelicals were thrilled with the country’s political shifts post-Obama, namely in the election of Donald Trump to the White House and the nomination of pro-life justice Brett Kavanaugh to the Supreme Court. Despite these changes, God’s Not Dead wouldn’t shift its Christians-against-the-world narrative.

God’s Not Dead 2 and God’s Not Dead: A Light In Darkness actually expand the original’s victim complex to broader and broader spheres, namely the American judicial system. As the stakes increase for each successive movie’s oppressed group of Christians, the idea emerges that it’s not just combative ideologies threatening Christianity, it’s the governmental structures of America itself. God’s Not Dead isn’t interested in a theological debate as much as it is a political war. The threats against Christianity and the threats against the American ideal are one and the same.

Yet this messaging arrives concurrent with the Trump administration, a President who has the approval of about 7 in 10 white evangelical Protestants. White evangelicals are less divided over the President than any other faith group, and their support for him has held steadiest (though it still declined—from 78 percent approval in his early days to 69 percent currently) among those groups, too. God’s Not Dead fans aren’t facing the same perceived threats in Washington as they were during the release of the original movie. White evangelicals have a President they support, and so far, he’s put two favorable Supreme Court justices on the bench. Still, God’s Not Dead continues to position Christians as marginalized.

The past decade has seen a gradual shift from popular culture to personal culture, and just as our media experiences have become more personalized, our niche tastes grown more accessible and our most outlying thoughts more endorsed, we’ve arrived at a unique cultural moment of self-definition. The internet has brought us from self-realization, the search for truth about yourself, to self-definition, which lets you create the truth about yourself as well as your communities and in-groups. Traditional evangelical Christian values like biblical marriage and a ban on abortion are not under fire in Washington at the moment, and yet, the Christian consensus is declaring the opposite. Christians have chosen to define themselves as beaten down and oppressed. It positions themselves as defensive and hostile, and it positions the broader culture as something to be feared and attacked.

It’s the opposite of the gospel, which, while indeed a story of judgment and redemption, is also marked by inclusiveness and grace. In fact, Jesus was crucified in part precisely because He wasn’t the crusading warrior many people expected of the Messiah. He was a unifier and a peacemaker. When he had the chance to defend Himself before Pilate, He was silent.

And now the default posture of many influential Christians—both those with the power to vote and those making decisions over Christian properties like God’s Not Dead—is to keep their swords drawn in the face of competing cultural ideals. That posture isn’t wrong for its opposition—Christian values will always be radical next to the mainstream—but it’s wrong for its methodology. Believers should stay true to their values and find unity in the body of Christ, absolutely, but God’s Not Dead illustrates that conviction at the expense of compassion. It’s a false, insidious trade-off.

There are two types of bad movies. The first type is harmless, exemplified in the sometimes incoherent, often fascinating fiascos of things like Aquaman, Gods of Egypt and Taken 3. Many Christian movies are like this, too. They’re not good, but they’re not hurting anyone.

The second type of bad movie isn’t just poorly made, it’s irresponsible in what it wants to say. This is where God’s Not Dead falls. Filmmaking aside, the movie’s greatest crime is how it goads its audience into the us vs. them entrenchment that marks our modern cultural dialogue. It reflects the shouty, half-baked, skimpy-sourced debates within its fictional classroom, pushing people in opposite directions until the only thing that can reconcile them is divine intervention. That’s the only way the atheist professor was saved. Let’s hope our savior comes before we’re on our deathbed.