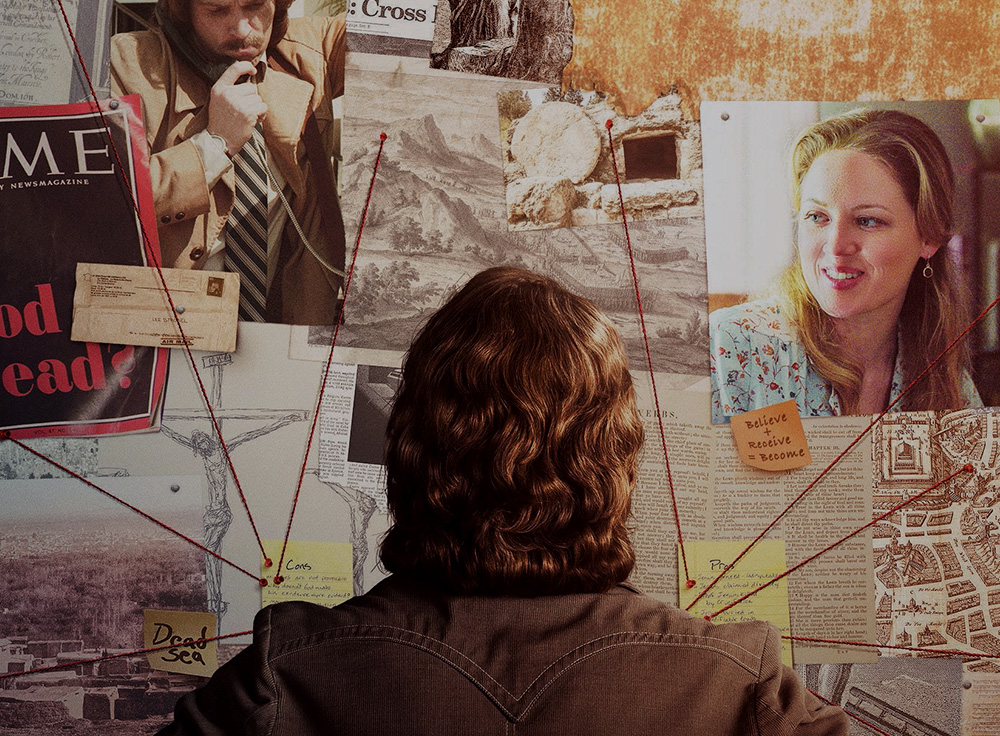 These days Lee Strobel’s name is just about synonymous with Christian apologetic writing. But before all that, he was an atheist journalist with an ax to grind. His personal quest to disprove the existence of God—and thereby prove his wife wrong—ultimately backfired and he ended up becoming convinced of the historic and philosophical validity of Christianity.

That journey is what he documented in 1998 with The Case for Christ. Today, a movie adaptation of the best-seller hits theaters.

We talked to Strobel about how his now-classic book became a movie.

It was reflective of my story. My story is a love story that started when Leslie and I met when we were 14 years old and grew up together and got married young. I was atheist and she was agnostic, so we were pretty evenly matched and happy in our marriage. And then she ends up becoming a Christian—which, the first word that went through my mind was “divorce.” I didn’t want anything to do with a Christian spouse and set out really to investigate Christianity using my investigative background and journalism background for two reasons: One is I did see some positive and winsome changes in her; but at the same time, I wanted to get her out of this cult, because I didn’t want her to change into some holy roller or something I couldn’t relate to.

I felt like she was cheating on me with this Jesus guy. I was the man in her life and now all of a sudden there’s this Jesus character who she is looking up to and worshipping. It felt very intrusive into our marriage. I didn’t understand any of the spiritual dimensions of it.

So finally I launched an investigation to try to determine whether or not Christianity, or any other world religion, made sense and had any credibility. I thought I could resolve it in a weekend, but it was like a punching bag that you hit and it would bounce back. I found that I was finding answers to my questions. I was finding footprints of Jesus in history and evidence that I found compelling and surprising. I did that for almost two years of my life to finally come to the point where I sat down and said, “A good jury reaches a verdict. I’ve got to reach a verdict.”

I spent two years looking at the evidence, and in light of what I consider to be an avalanche of evidence that points so powerfully toward the truth of Christianity, I came to the conclusion that it would take more faith to maintain my atheism than to become a Christian.

That’s when I concluded that Jesus not only claimed to be the son of God, but backed it up by returning from the dead. And then John 1:12 has this sort of this faith equation: Believe plus receive equals become. Through that, I realized OK, I believe it but that’s not enough I had to receive this gift of grace through Christ. So when I took that step on November 8, 1981. Then, like my wife’s, my life began to change and ultimately I ended up leaving journalism, which had been my life, and taking a 60 percent pay cut to going on the staff of a church. God has taken us on all kinds of unexpected adventures ever since.

It seems to me that, were I to set on a similar journey today, it could be a short trip in either direction. I either could look toward conservative Christian sources and I would quickly conclude one thing or I could look toward mainstream secular sources and conclude something else. How would you describe the research you did in terms of getting past publishers’ biases? What were the sources you were digging in?

You can get a PhD to sell you anything, and as a journalist I knew that. I could find anybody to tell me anything, if I wanted to find something that I wanted to find. But I pursued the evidence that made sense to me, and, of course, a lot of my pursuit isn’t in the book. You could see from the footnotes and the questions I asked that I’ve read all the liberal literature, I’ve read the atheist literature—and I stood in the shoes of the skeptic as I asked the tough questions—I just didn’t find them convincing. …

I mean as I would read some of these left-wing scholars I’d go, “This doesn’t make sense; this doesn’t add up.” So I just kept kind of going down that path until I found stuff that made sense to me, that seemed to withstand scrutiny, that seemed to answer my questions, that seemed to be supported by reason and the historical evidence. It channeled me toward a certain conclusion, that’s true. But I didn’t start in that channel. I started much broader.

Was there a particular argument that was particularly influential in your journey?

Mostly it was a cumulative case. It was not just the historical evidence. The evidence of cosmology and physics and biochemistry and genetics and human consciousness, I think, pointed in the direction of a creator. And then the evidence of history pointed toward Jesus having lived, having made these extraordinary claims and then backing that up by returning from the dead.

Tell me about actors Mike Vogel and Erica Christensen. How weird is it seeing two people portray you and your wife?

Oh my gosh, and they are so good. The funny thing was Mike is a devout Christian and he was cast in this role at the last minute. We went through several possible actors and didn’t feel right about anybody. Mike came along at the last minute and he was perfect for the role. He captures the sort of obnoxiousness of my pre-Christian days— my drunkenness, my narcissism. He captures that without losing the humanity of it. You still like the guy in the midst of it.

Erica Christensen is unbelievably good as Leslie, just capturing the nuance of someone who has got a strong center to her, who isn’t going to be pushed over, stands up for herself, but loves her husband dearly and feels like through her Christian faith she is now going on this incredible adventure.

This won’t necessarily be your first time being around in the Hollywood scene. Obviously even famously with Matthew McConaughey reading your book a few years ago.

There was also a photography online of the Kardashians walking out of church on Easter holding a copy of my book The Case for Easter. I thought that was wild.

So, did you ever imagine when you were writing this book or even publishing that it would have the kind of audience or readership that it’s had?

No. And I can say that because, especially back then, back in the ‘90s apologetics books didn’t sell. To have it in as many languages as it’s in, as many people have read it: Nobody anticipated that. I never thought there would be a movie; I actually never thought there’d be a book.

Mr. T. on How His Christian Faith Got Him Through a Battle With Cancer