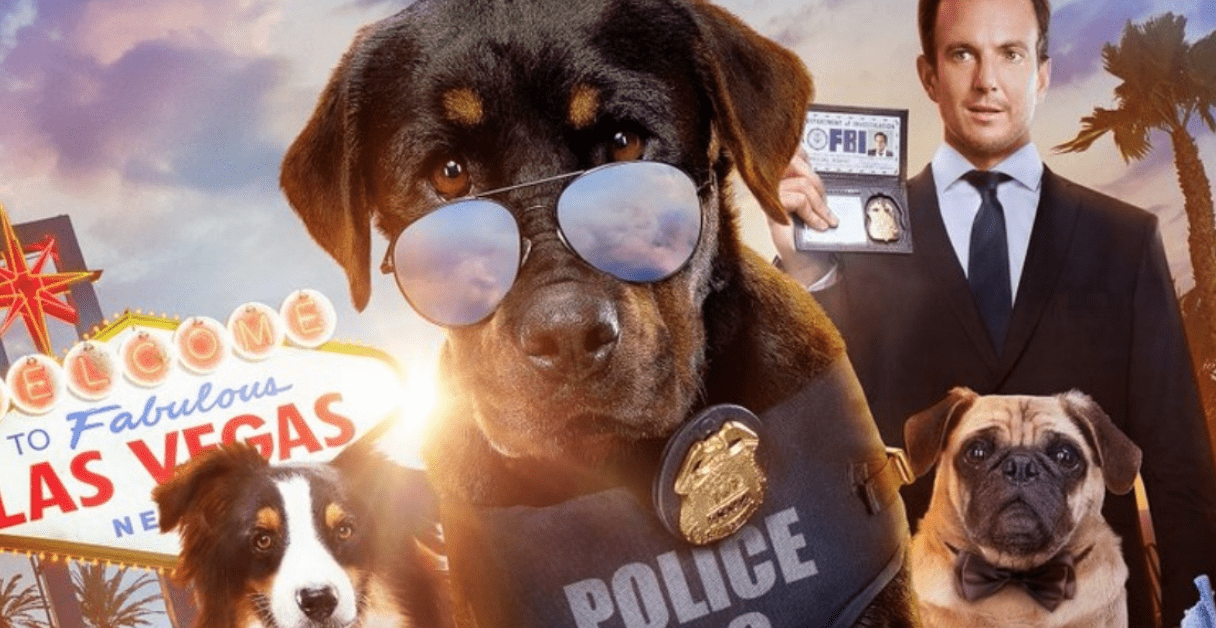 The new kids’ movie Show Dogs isn’t getting very good reviews (it currently has a 22 percent on Rotten Tomatoes), but it’s making headlines for more than just being a bad movie.

The film—which stars Will Arnett, as well as Ludacris as the voice of a dog named Max—is about a dog and an FBI investigator who go undercover on the dog show circuit to investigate an exotic animal smuggling rings.

But one plot point is causing an outrage among some critics.

From the blog “Macaroni Kid”:

Being that Max is new to competing, he needs to learn the process so his partner, Frank, along with a former show champion work to get him ready for the final round of the competition.  Since the inspection of the private parts will happen in the finals, Frank touches Max’s private parts to get him use to it.  Of course, Max doesn’t like it and snaps at Frank for him to stop.  Max is then told by the former champion, who has been through the process before, that he needs to go to his “zen place” while it happens so he can get through it.  More attempts are made by Frank to touch Max’s private parts, but Max is still having trouble letting it happen and keeps snapping at him.

She further explains that the plot is contingent on Max allowing an adult to touch him inappropriately. Writer Terina Maldonado goes on to describe how the scenes seem to send a message to young viewers that is incredibly disturbing and dangerous.

Maldonado wasn’t the only one who noticed the strange inclusion in the movie. The site rogerebert.com noted the “running gag involving Max’s discomfort with Frank reaching for his furry nether regions.” The AV Club review (head’s up, there is strong language), said the movie “features a scene in which Max has a quasi-psychedelic vision while having his testicles inspected by a judge.”

The film has even caught the attention of Russell Moore and Matt Chandler, who both tweeted about the movie:

I had to read this twice to make sure I was reading it correctly. Horrifying.

Sexual predation is not entertaining. What are you thinking @ShowDogsMov? https://t.co/Ao01vgKPta

The Hidden Force That May Be Keeping You in Debt