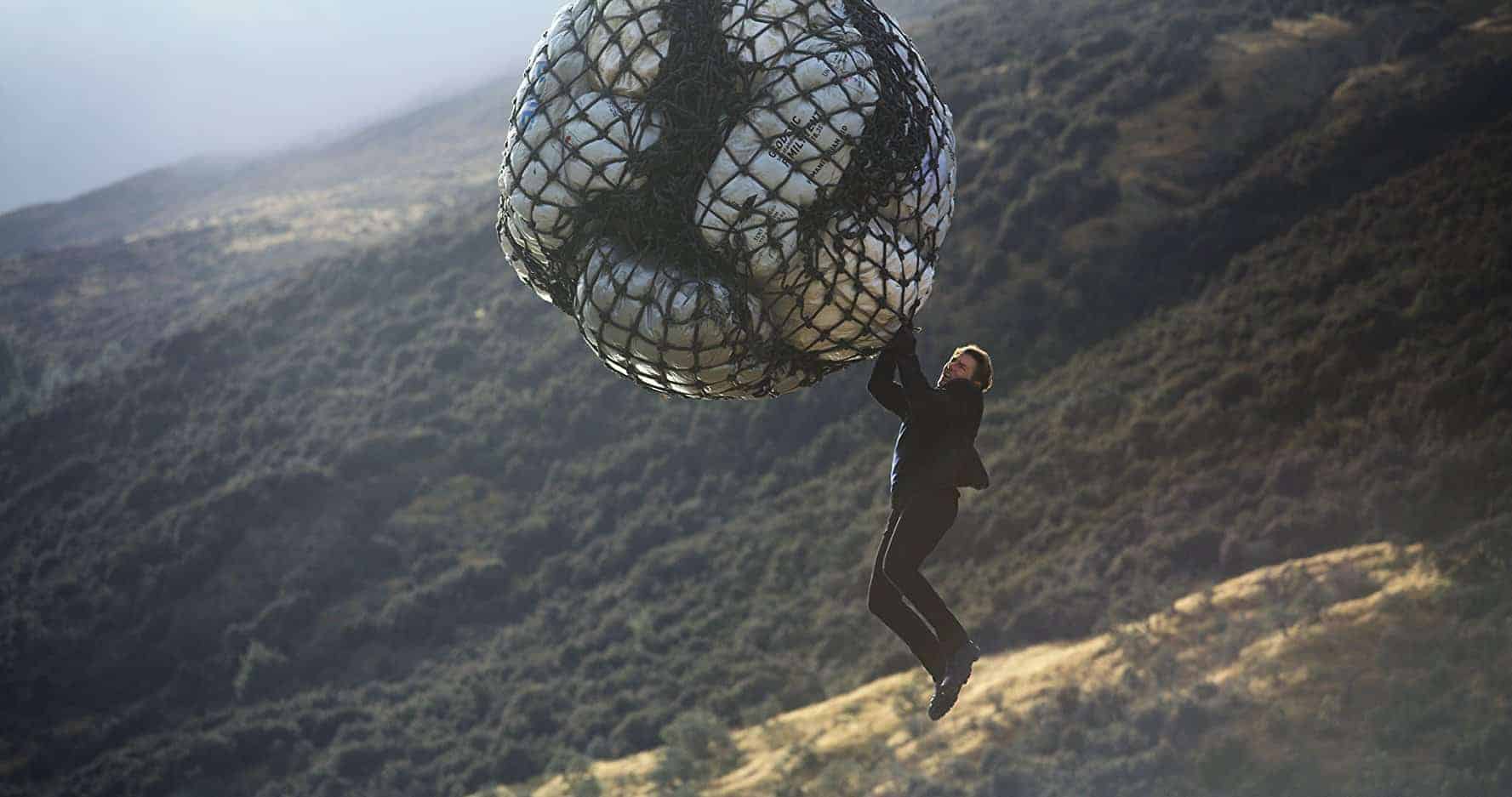 Mission: Impossible – Fallout feels like it exists as an excuse for the producers to put together one insane action sequence after another. The movie’s almost two and a half hours, but everything except the half hour is a chase scene, a fight scene or an insane, stomach-clenching stunt. That’s not a bad thing. Pure and simple, this movie is awesome. It might restore your faith in Hollywood.

The M:I franchise started as a series of spy flicks, but through six movies and five directors and the ever-present, guiding hand of Tom Cruise, it’s ramped up the adrenaline with each installment. The original was directed by psychological-thriller specialist Brian De Palma, but since then, we’ve seen action expert John Woo, sci-fi fanboy J.J. Abrams and spectacle savant Brad Bird take turns behind the camera. The last two movies, Rogue Nation and Fallout, saw Edge of Tomorrow and Usual Suspects veteran Christopher McQuarrie at the helm. He’s been the man for the job. The Mission: Impossible movies now are as much about thrills as they are about intrigue.

And wow, does Fallout deliver on the highs. There’s some neat spy stuff here and a couple slick fake-outs, but you’re going to forget the mechanics of this story by the time you’re at your car. Instead, prepare for some of the best action scenes of 2018, and some of the most ambitious stunts you’ve seen in a Hollywood movie.

Tom Cruise, of course, carries the reputation for audacious, ill-advised stunt work now, and you might have feelings about that, but Fallout proves regardless of your opinion of the man’s personality, or even acting ability, these movies fit him like a glove. The dude just goes to work in Fallout. He’s fighting guys in mid-air, he’s hanging off cliffs, he’s clambering around on helicopters and he is running and running and running (Fallout has the best foot chase in Hollywood since Casino Royale—take it to the bank). This is hardly acting, but who cares, especially when everyone involved, including the giant movie star, cares this much?

One way or another, you are going to end up cheering for Tom Cruise in this movie. He just gives so much for your entertainment, and it’s wholly endearing even if Cruise himself is as blank and blah a character as he’s been. In a weird way, you feel some kind of gratitude toward the guy. He literally broke his ankle making this movie for us, and you know something? They use that take in the movie. And you know something else? It’s incredible. Totally worth it, and Cruise, by all accounts, seems to agree.

So in that sense, Fallout isn’t really about anything as much as it is about serving you one hold-your-breath, don’t-blink, pump-your-fist set piece after another, and save some room because you’re going to want to sample everything. If John Wick is a gourmet steakhouse of choreographed gunplay, Mission: Impossible – Fallout is like a Golden Corral. There’s some totally enjoyable gun action, but also a generous helping of fist fights and a little side of vehicle stunts. Oh, but make another trip for the fist fights inside of a vehicle, or the gun fights between vehicles, and wash it down with some rich, stomach-patting explosions. You will leave stuffed, but instead of falling into a coma, you’ll be ready for round two. It’s hard to imagine a more satisfying movie this summer.

A more critical way to put it is this: Mission: Impossible – Fallout is the perfect example of a Hollywood movie that is made with the audience in mind, and for that, it feels so, so generous. Everything on the screen is just for you, from Tom Cruise defying death to Henry Cavill rocking his mustache to Simon Pegg rolling his eyes at every line about how difficult the next part of the mission is going to be. Fallout delivers simple pleasures in ways that are blessedly complex. We’re six movies into this franchise and it’s still showing us things we haven’t seen before. Tom Cruise and Co. are still hustling to outdo themselves. That’s such a neat thing. For once, this is something you’ll be glad you paid for, because hey, the people behind it certainly earned the money.

Have no reservations with this movie. Cheer for it. Clap. Go nuts. People around you probably will anyway. This is a movie that, in the right environment, can feel like a sporting event, and that collective vibe is so rare in 2018, you must take advantage of it.

Fallout feels like popular culture in the best way. It doesn’t ask for anything but a few bucks, and when we pay up, it actually delivers, plus extra. This is what summer movies are supposed to feel like and this is what movies in general are supposed to be: engaging, exciting and rewarding. God bless you, Tom Cruise. For a moment, Hollywood is fun again.

Twitter Poll: What 9 Common ‘Church Phrases’ Confused You Most as a Kid?

MoviePass Has Literally Ran Out of Money to Buy Your Tickets