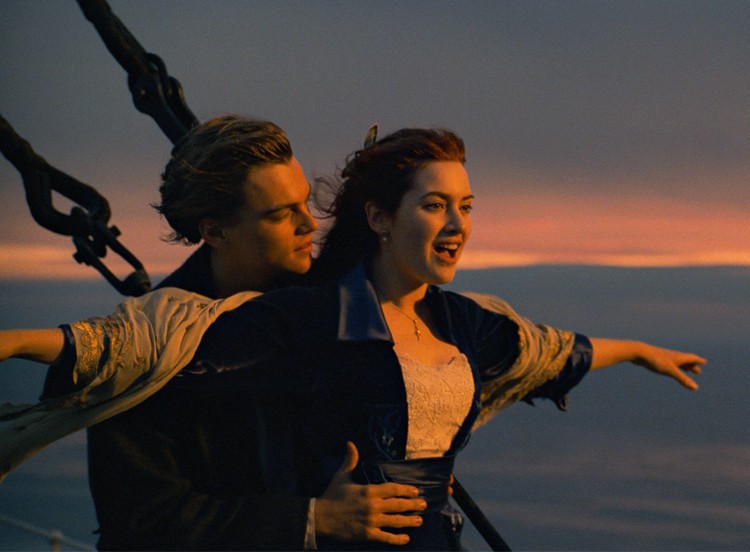 Titanic came out 20 years ago today. It’s hard to remember now, but this movie used to be everyone’s everything back in 1997. It was a legitimate cultural phenomenon.

James Cameron’s epic love story was the No. 1 movie at the box office for 15 straight weeks. Fifteen straight weeks. It’s the fifth-highest grossing movie ever in America (adjusted for inflation), and the second-highest grosser worldwide. It’s also one of only three movies to earn over two billion dollars. Everyone watched Titanic. Everyone knows Titanic. It was a thing.

OK, OK, slow down. I hear what you’re saying: Of course Titanic is a good movie. They built an insane recreation of the ship and there were amazing costumes and sets and music and blah blah blah. Those are all true points, but you know what I’ve never thought before in my life? Man, I really thought that movie was garbage, but you know what changed my mind? The crisp lapels on Leo’s tux. Gimme a break. Costumes and sets don’t make a good movie. This case is not closed.

Let’s really figure out if Titanic is a good movie, looking only at the facts.

FACT: It takes 21 minutes to actually start the Jack-and-Rose flashback.

I think we can skip that next time.

Want to know Kate Winslet’s first line in Titanic? She steps out of her car, looks at the ship, and says, “I don’t see what all the fuss is about.” Yeesh.

Bonus fact: At the time of its construction, the RMS Titanic was the largest ship ever built, but you know something, that still wasn’t big enough to please Rose!

The actors were the right ages in real life, but onscreen, Leo looks about 10 years younger than Winslet. It makes things pretty weird.

Everyone remembers the Titanic tagline: Come for the love story, stay for the body count. We spend a whole movie’s worth of time watching Jack and Rose do dumb falling-in-love stuff, so by the time the action reaches the critical iceberg crash, we’re spent.

The real story begins when the lookouts spot the iceberg. We should make it there quicker. Oh, speaking of that …

FACT: The iceberg is a better villain than Rose’s fiance.

Billy Zane plays Cal in Titanic. That’s Rose’s 30-year-old fiance (By the way, Rose is listed as 17 years old in the movie. Seventeen! This isn’t discussed enough.). Cal regularly puts down Leo for being poor and ragged, and routinely makes snide remarks about the lowlifes aboard the ship.

Meanwhile, the iceberg sinks one of the biggest and most expensive ocean liners ever built and kills an estimated 1,500 people. One’s a mild elitist, and the other’s a mass murderer. Yet which one has more screen time?

FACT: Celine Dion is the best part of Titanic.

FACT: It is super not cool of the old lady to drop the diamond in the ocean at the end.

Why’d she do that? To show her eternal love for Jack, you say? That’s dumb; Jack’s a rotting, decayed skeleton at the bottom of the Atlantic Ocean. He has no use for diamonds. Doesn’t Rose know he froze to death on that two-person-sized door?

Let’s compile the facts: Titanic has a boring opening, two leads that might be miscast, poor pacing, misguided villain emphasis, a bangin’ score that might be the best part of the movie and a dumb ending.

This one’s easy: Titanic is not actually good.

The Big Myth About Forgiveness

This Christmas Reindeer-or-Bear Puzzle Is Driving Us Nuts