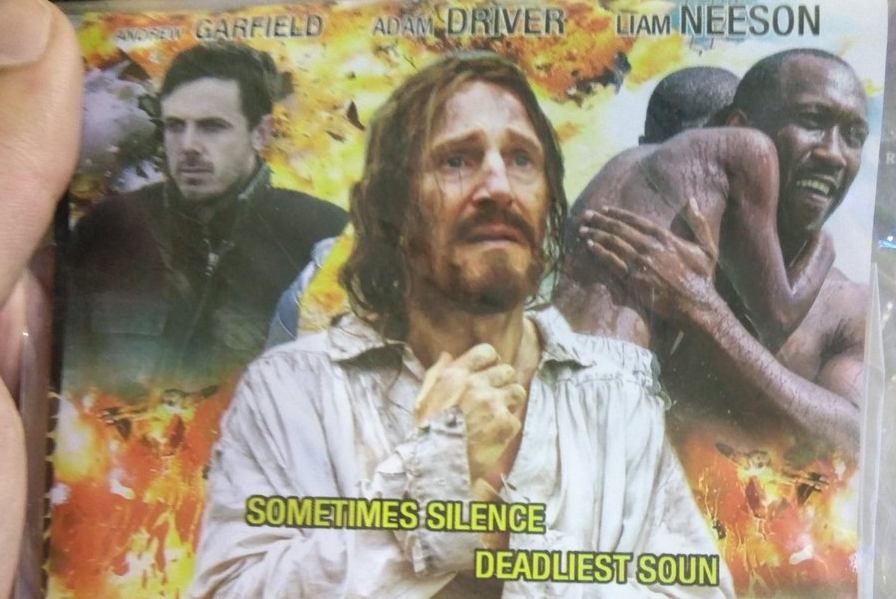 Silence unfortunately didn’t have the box office success it should have, despite being a beautiful, thematically rich exploration faith and doubt. There are a lot of possible reasons for that, but one reason might be that Scorsese’s meditation on martyrdom of the soul didn’t have enough EXPLOSIONS and wasn’t the tipping point for an Oscar-caliber shared cinematic universe. That’s a fault corrected by Silence‘s DVD cover art in Pakistan.

Well, that would have been an interesting flick. It’s a little hard to see how the story of two Jesuit missionaries on the lam in feudal Japan could have tied into Casey Affleck’s struggle with loss and legacy from Manchester by the Sea and Mahershala Ali’s gentle shepherding of a forgotten youth in Moonlight, but Marvel found a way for a Norse God of Thunder to team up with a WW2 vet against an alien invasion, so Silence’s narrative here is a comparatively simple one. You can read our cover story interview with Martin Scorsese here, which contains fewer explosions than the DVD art may lead you to believe.