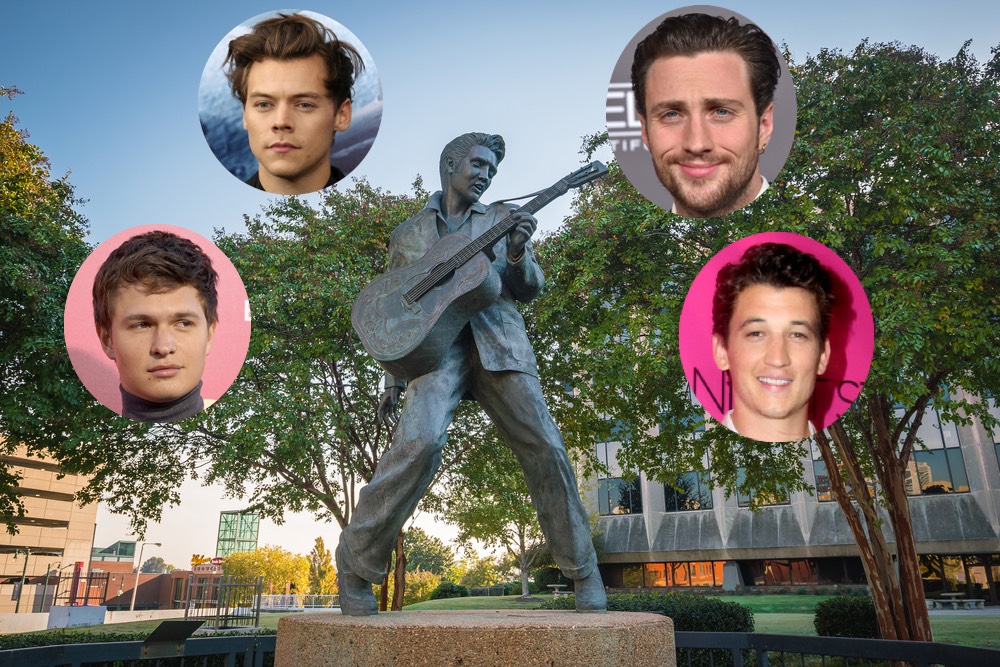 Who will be king? That’s the question in Hollywood, where cinematic music-loving weirdo Baz Luhrmann is prepping his big Elvis Presley biopic, and the industry’s young, white crooners are lining up to take a shot at bringing Memphis’ strapping, pompadour’d, hip-swiveling king of rock and roll back to life.

Ansel Elgort, Miles Teller and Aaron Taylor-Johnson most recently tested for the role. Elgort you saw behind the wheel in Baby Driver, and Teller is most famous for Whiplash, while Taylor-Johnson was in Avengers: Age of Ultron and the big Godzilla reboot.

But they’re not the only ones up for the role. Harry Styles is reportedly interested, as is Austin Butler — who isn’t very well-known yet, but appears in Quentin Tarantino’s upcoming Once Upon a Time in Hollywood.

Regardless, the movie’s already got one big part cast. Tom Hanks will appear as Presley’s manager Colonel Tom Parker, an infamous control freak who obsessively dictated every minute detail of the King’s career and personal life.

Luhrmann’s dreamy, ostentatious film style lent itself well to movies like Moulin Rouge! and Romeo + Juliet, while results were a little more mixed on Australia and his Netflix hip-hop drama The Get Down. We’ll see which side of things this Elvis movie ends up on.

Presley rose to fame as the guy who was able to successfully combine the type of music pioneered by the likes of BB King, Chuck Berry and Fats Domino with mesmerizing charisma. Later in his career, he would lean heavily on gospel music, which endeared him to an aging fan base whose hormones had cooled in favor of a safer, more religious sound. The movie will apparently focus on Presley’s rise and extraordinarily complicated relationship with Parker.

Yeah, So, Last Month Was the Hottest June on Record