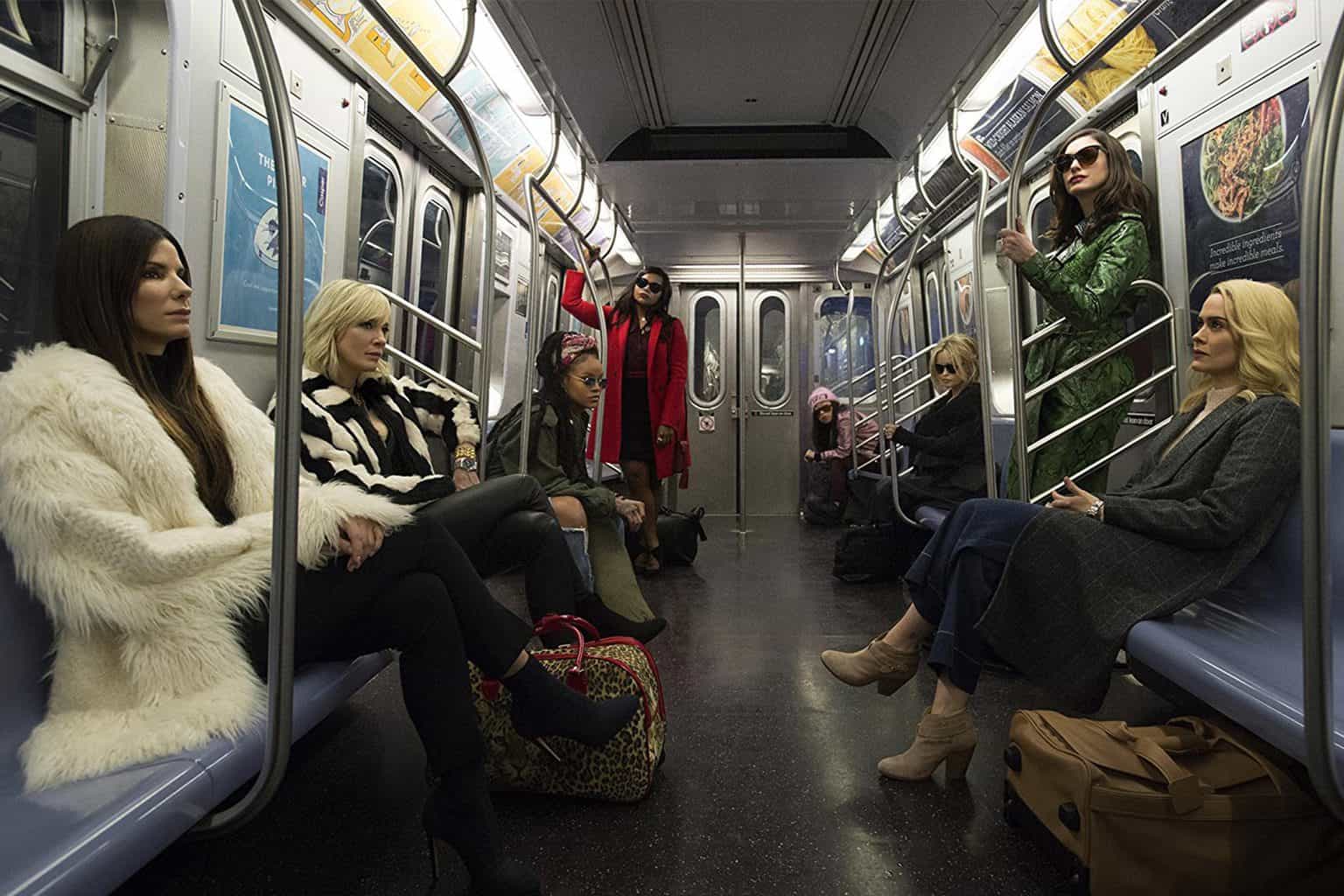 In the past, the Ocean’s franchise has delivered immaculate heist films, featuring savvy crooks like George Clooney and Matt Damon. But this time around, the series took a much-needed turn by casting eight prominent scene-stealing women as the master thieves.

Ocean’s 8 offers everything you could want out of an all-female heist movie: top-notch fashion, killer cameos and an anything-but-motley crew.

To honor the film and maintain its theme, RELEVANT is granting Ocean’s 8 the all-female super review it deserves. We assembled our very own female-forward motley crew to break down our thoughts and feelings on the heist film of the summer.

What was your initial reaction walking out of Ocean’s 8?

Kara McFarlane: That was a TON of fun, and Sandra Bullock’s smokey eye delivered the performance of a lifetime.

Jaz Persing: Holy crap, this was better than I thought. That had all the effortless style points of the original Ocean’s trilogy, and an interesting heist to boot, with a twist on the more typical “oh-no-everything-we-planned-has-gone-horribly-awry” structure. What’s more, this filmmaker somehow figured out how to cast Anne Hathaway perfectly by using everything that typically drives me crazy about her performances—unnatural acting, smugness, insincerity—as a part of her character. It worked, and I loved it.

Joy Thompson: That could have been better. It was fun, but it didn’t hold a candle to the other Ocean’s movies. I was hoping to leave with something along the lines of, “See? Girls do it better!”

Molly Donovan: YES. This is the film that’s officially made my $10 subscription to MoviePass worth it.

Lesley Crews: I couldn’t have wanted anything more or less from this movie. The balance between the act of the heist and the fashion aspect tied in perfectly.

Which member of the 8 was your favorite?

Molly: ANNE HATHAWAY. Everything from her eye rolls to her vomiting was perfectly executed. Anyone who can both break my heart as Fantine and slay me as believable-airhead Daphne has my vote. She killed it but honorable mention to Helena Bonham Carter’s Irish accent.

Kara: While Bullock was the obvious crown jewel, Sarah Paulson brought the subtle slay and killed it. Her poise and comedic timing totally stole the spotlight whenever she was on screen, which sadly wasn’t enough. I was also prepared for some serious eye-rollage when Rihanna entered as the hot, unrealistically chill, Rastafarian hacker, but her character surprised me, and it actually worked.

Lesley: I’m pretty sure Cate Blanchett was only involved in the heist as a way to increase her budget for leather pants, which is clearly astronomical as it is. I have never once in my life thought, “Where can I purchase a pale blue pantsuit, a full-length leopard print coat and a motorcycle?” until I saw this film.

You’re allowed to add one more actress into the movie. Who do you include, and why?

Joy: Issa Rae. She’d up the comedy quotient, plus I just love her.

Molly: Gina Rodriguez. She’s talented and outspoken about what she believes in, which includes girls supporting girls and receiving the opportunities they deserve. Someone Jane Villanueva-esque would have fit right in.

Kara: Imagine an old, callous socialite whose huge fortune was built on fraud and money laundering. If you’re not picturing Maggie Smith, you’re doing it wrong. She would have been a perfect addition to the cast, and now it’s all I want.

The show’s centerpiece is the MET Gala, the Super Bowl of fashion. Which character had the best look?

Molly: Rihanna’s 9 Ball took the cake for me. She looked like the salsa dancing emoji, but better because she’s Rihanna. Her diamond accessories really stood out with the red during that dramatic exit and I was all about it.

Jaz: Sarah Paulson. But then, I might just be so in love with her that I’d still pick her even if she were wearing a trash bag.

Lesley: No one would ever have the audacity to rock a green sequin jumpsuit with platform shoes at the Met, but Cate Blanchett does it proudly … and she kills it. Givenchy looks good on you, Cate.

Which cameo was your favorite?

Kara: Cameos are hard to get right, but Elliott Gould managed it. His entrance was adorable, and the scene sweetly paid homage to Ocean’s 11 in a way that wasn’t the worst.

Jazmine: Marlo Thomas & company. I thought it was a hilarious and brilliant touch to include a coterie of beloved older character actresses as a final key piece of the plan. It worked well for the story and did well by including actresses from a different age bracket.

Lesley: My initial thought when I heard about this movie was: How can they pull this off without the likes of Anna Wintour? The directors didn’t disappoint. Her immaculate bob and sunglasses duo made the cut in a way that wasn’t at all disrespectful, which was a big concern of mine when she first appeared on screen.

If you could tweak anything about the film, what would you change?

Joy: This film felt second-wave feminist—think like a man, act like a man, to succeed like a man. Lou (Cate Blanchett) and Debbie (Sandra Bullock) were pretty “masculine,” which is fine, but it felt like they were Danny and Rusty’s kid sisters pretending to be like them. I wonder if the ensemble could have pulled off a heist and interacted with each other in a totally different and refreshing way instead of feeling like they simply placed female characters in the same old slots.

Kara: Quick Tip: If you cast Cate Blanchett, USE CATE BLANCHETT. No perfectly fitted, absolutely stunning pale blue pantsuit is enough to distract me from the fact that her talent was utterly wasted … but if anyone finds out where that suit is from, hit me up.

Jaz: I felt a little jerked around by Danny Ocean’s “death” and kept waiting for a Clooney cameo in the mausoleum scenes, which occasionally pulled me out of the movie. He’s not dead, right? Right?

If you were to join the cast of the next Ocean’s movie, what would you want your role in the heist to be?

Molly: Definitely Sarah Paulson’s sneaky event planner job. She just bossed people around, which is a passion of mine, and she was hired at Vogue with barely an interview. I’d love to coordinate the team via Bluetooth earring throughout the heist.

Kara: I’d want to be Debbie’s bad-attitude niece who shows up on the scene after Tess (Julia Roberts, Ocean’s 11) dies in a tragic plane crash that leaves Debbie with full custody of me. Despite my tough exterior, Debbie would see my potential, take me under her wing, groom me as her successor and take me to brunch. It’d be a whole thing.

Lesley: I want to be the cool mom. You know … coordinate everyone’s heist outfits and make sure that everyone stays hydrated. Drive the getaway car. The whole nine yards.

Study: 43% of Americans Believe Pornography Is ‘Morally Acceptable,’ Up From 2017