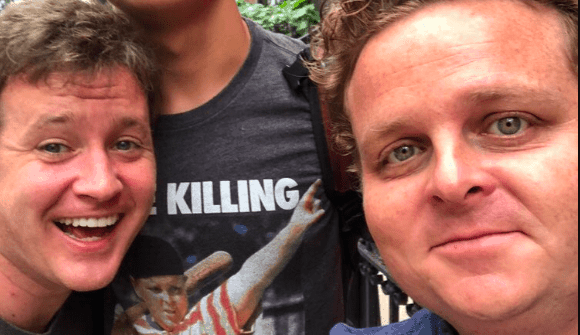 Patrick Renna has a respectable acting career under his belt, but he’s definitely most famous for playing Ham Porter in The Sandlot, deliverer of the iconic, dare we say over-quoted “You’re killing me, smalls” line. But The Sandlot was in 1993 and we all change with time. So much so that evidently, mistakes are being made.

Said nice shirt to this dude walking by us and he had no idea what we were talking about. Thought I would capture the moment. pic.twitter.com/mrx5mgNzDm

Imagine reaching a level of fame where you’re famous enough to be memed into a t-shirt but can still walk around in public without anyone bothering you. Truly, Renna is living both sides of the American dream. You can catch him in season two of Netflix’s women’s wrestling drama Glow.

A ‘Frasier’ Reboot Could Be Happening With Kelsey Grammer Onboard