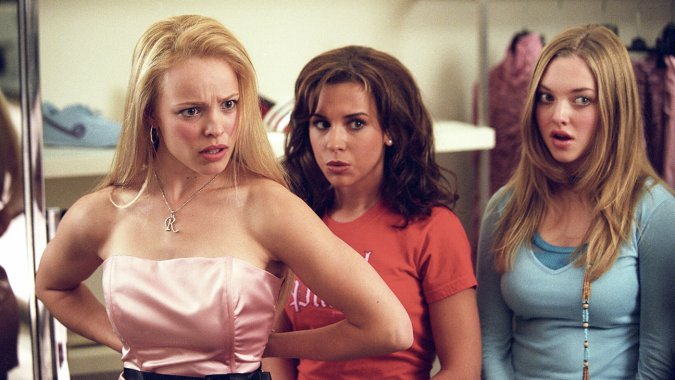 Time is a flat circle. Everything that’s happened will happen again. This isn’t news to you. It’s in Ecclesiastes. And now it’s happening in Hollywood for something like the fiftieth time since the year began, although the circle is a little neater than usual, in this case. Tina Fey has announced that she will be adapting the Mean Girls: The Musical Broadway show into a movie. The live show is, of course, an adaptation of the movie Mean Girls, which was written by Tina Fey.

“I’m very excited to bring Mean Girls back to the big screen,’ said Fey, according to Variety. “It’s been incredibly gratifying to see how much the movie and the musical have meant to audiences. I’ve spent 16 years with these characters now. They are my Marvel Universe, and I love them dearly.”

Movie musicals are a daring venture.

Universal’s Cats turned out to be a historic bomb at the box office, but early buzz on Lin-Manuel Miranda’s In the Heights adaptation is strong. But Mean Girls will definitely be plumbing new depths as something of an ouroboros of remake, with the same creative team and all. But there’s no denying the power of Fey’s original material, so we’ll just have to see how this one plays out.