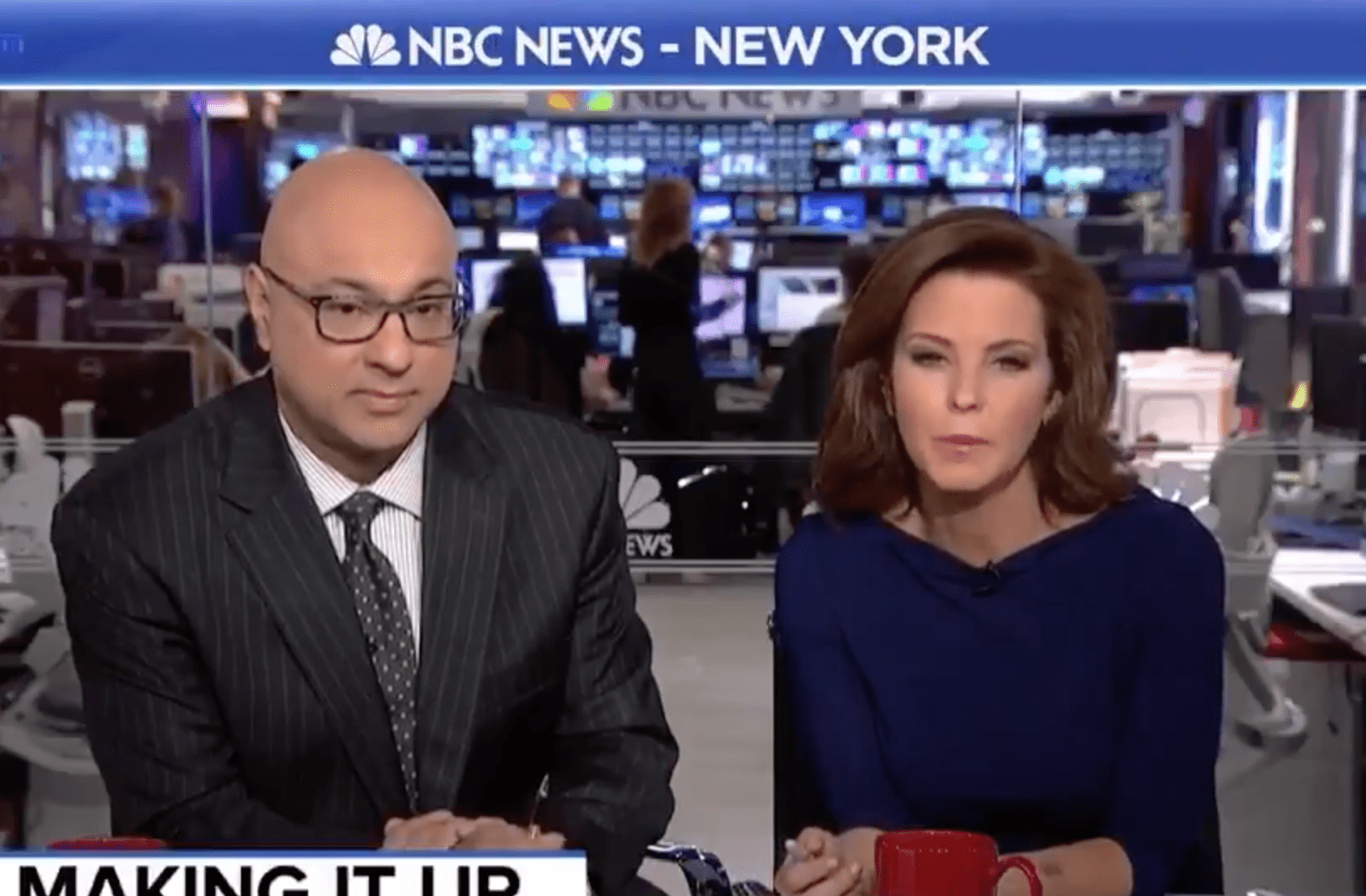 Last week, MSNBC host Stephanie Rhule made light of one of President Trump’s advisor’s comment about his faith. Larry Kudlow has been appointed as the new Director of the National Economic Council. Kudlow had said in a recent speech that “however things work out, it will be God’s will.”

“That’s an interesting way to talk about being the national economic adviser to the president,” Ruhle said. “‘God’s will?’” Her co-anchor didn’t really engage, only responding with a “hmph.” The conversation moved on to concerns that Kudlow would represent may not be able to represent “real data” and the president at the same time. But Ruhle brought the “God’s will” comment back up for some reason, sarcastically.

Some Christians did not appreciate the snark and felt that Ruhle was mocking Kudlow’s faith in God’s will.

Ruhle, a self-professed Catholic, later apologized for the offense her comments caused many.

As a reporter, a mom & a Catholic, I know words matter & I want to clear something up.
I meant no offense when discussing @larry_kudlow’s WH appointment. I apologize if my comments came off as dismissive of his faith.
I would never question another person’s believe in God.

Kudlow graciously accepted Ruhle’s apology and asked they “move on.”

To @SRuhle : thank you for apology. I accept. Let's move on. See soon.

So it turned out that this was not, as many assumed, a case of a non-Christian shaming a Christian for their faith. This was a Christian critically engaging something another Christian of significant influence said. Perhaps she wasn’t ridiculing the idea of God’s will or faith in God altogether (being a believer herself that’s just unlikely). One can believe in God’s will and believe that at times the idea can be invoked inappropriately–as a platitude or empty religious sentiment.

The way that Ruhle went about critiquing Kudlow’s statement may have had too much sauce but the questions she seemed to be subtly raising is still salient: Is it problematic for someone in Kudlow’s position to say “whatever happens is God’s will”? Could be.

On the surface, it sounds like a really easy way for one to excuse themselves from responsibility for the decisions they’ll be making as a leader. How the “will of God” works is deep theological water that has been a point of disagreement for Christians for centuries. But one thing is for sure, whatever happens could certainly not always be what God wants.

God’s will doesn’t happen, like, all the time: we call it “sin.” And when political leaders fail to be truthful, when they fail to serve the vulnerable, when they play along with corruption–not saying that Kudlow is or will do any of those things–they are not doing God’s will.

But moral or ethical failures are an extreme example. There are other words that could be used if a political leader isn’t good at their job: it could be incompetence, or poor leadership, or some other unfortunate result of human limitation. But whatever may happen should probably not be automatically attributed to God’s desires beforehand. Perhaps Ruhle didn’t need to scoff at Kudlow’s “God’s will” comment, but you also can’t blame her for perhaps wanting leaders to not invoke such clumsy theological language. In this political moment, people are desiring greater accountability for leaders, and Kudlow’s “God’s will” comments could be read as a way to keep responsibility at arm’s length.