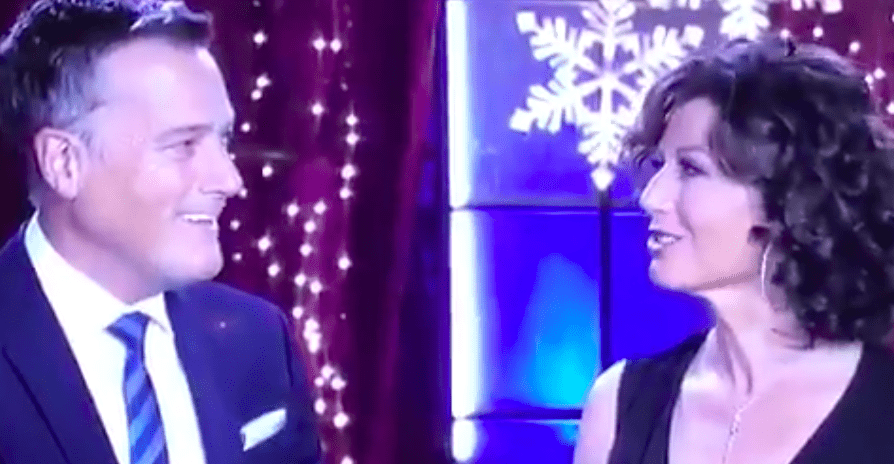 Last Monday, Reba McEntire hosted the CMA Country Christmas, which gathered country stars from across the U.S. to ring in the holiday season as only country music can.

Contemporary Christian Music, which has always had something of symbiotic relationship with country, offered two of its most iconic emissaries to the proceedings: Amy Grant and Michael W. Smith. And as part of their onstage banter, Amy Grant shared this treasured Christmas memory and, uh, holy smokes?

Please enjoy this video of Amy Grant telling Michael W Smith about her fondest Christmas memory which sounds like a horrifying nightmare. pic.twitter.com/FWtrcAP9Vb

Ah, a treasured memory of a Christmas cat reverting to its basest instincts, imposing its bloodthirst on two helpless Christmas presents who never stood a chance against its predatory prowess. If that doesn’t just shriek holiday fun, nothing does. Full credit to Michael W. Smith for keeping it cool while hearing a horrific tale of wanton murder, swallowing what must have been gasp of terror and genuine concern about the long lasting trauma such a nightmarish experience must have left on his old pal Amy Grant.

Aside from the terrors of the Grant Family Christmas Massacre, things at CMA Country Christmas went pretty well. Brad Paisley, Martina McBride, the Isaacs, Lindsey Sterling and others showed up at Nashville’s Belmont University to bring some actually warm, if a bit hokey, Christmas cheer to the TV screen, and if country music and Christmas sounds like your bag, the whole thing is available to stream on Hulu. Here’s a clip on Smith and Grant’s Christmas duet “To Be Together,” which is quite a bit cheerier than their earlier banter would lead you to believe.

Amy, we love you. Please get some new Christmas memories that don’t involve death!