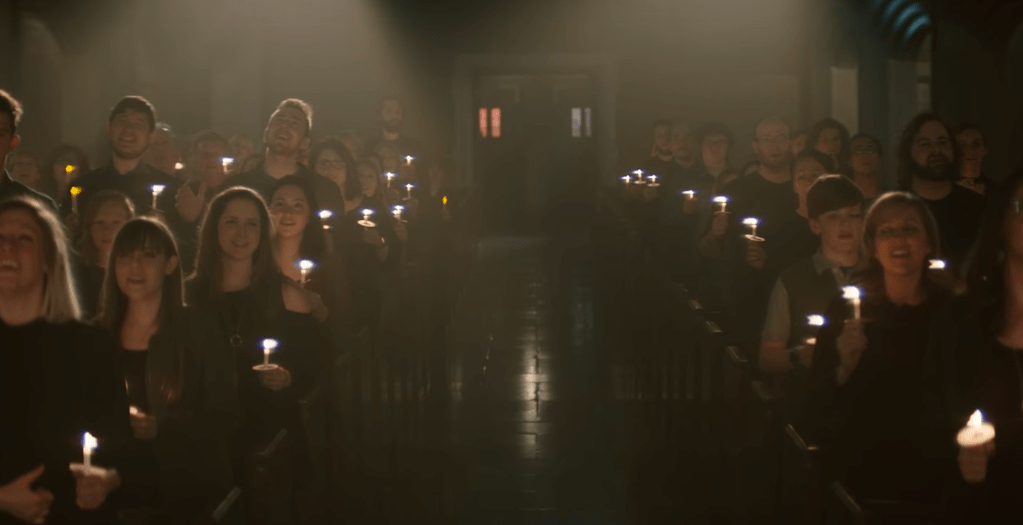 Andrew Peterson, a Christian singer-songwriter, has penned a lengthy apology for the music video for his song “Is He Worthy?” The song itself is a moving meditation on the coming kingdom of heaven, but not long after it premiered on YouTube, Peterson started getting feedback from fans disappointed by the lack of racial diversity in the video—which features a large, and entirely white, choir.

Peterson took the criticism to heart, saying the feedback brought him to tears.

The irony was that the song is based on one of the most gloriously inclusive passages in scripture, Revelation 5, which says, “From every people and tribe, every nation and tongue, he has made us a kingdom of priests to God to reign with the Son.” The camera swings past all the white faces just before I sing that line. This is the very definition of “painfully ironic.”

What was meant to be a video drawing attention to the glory of Jesus, one that opened the door for all people to praise him, had become, for some, a source of grief. I immediately thought of some friends of mine and wondered if I had unintentionally hurt them. I called them and my worst fears were confirmed. They were very encouraging even as they helped me understand what it was like for them to watch the video, and in the end we cried and prayed together on the phone.

Peterson goes onto say that “Because I believe God works all things for the good of his people, I have to trust that, though I’m small potatoes in the music world, my misstep with this video will lead the church to good conversations, better understanding, humility and love and forgiveness between everyone affected by it.” That’s a good prayer, and some online fans were already suggesting Peterson set up a GoFundMe to re-shoot the video, this time with a cast that’s more representative of what the Kingdom of God will actually look like.

Confrontation is good. Repentance is good. Apologies are good. Restitution is better.

You can read Peterson’s full post over at Rabbit Room.

MSNBC Host Apologizes For Mocking Larry Kudlow’s Faith, But Was She Completely Wrong?