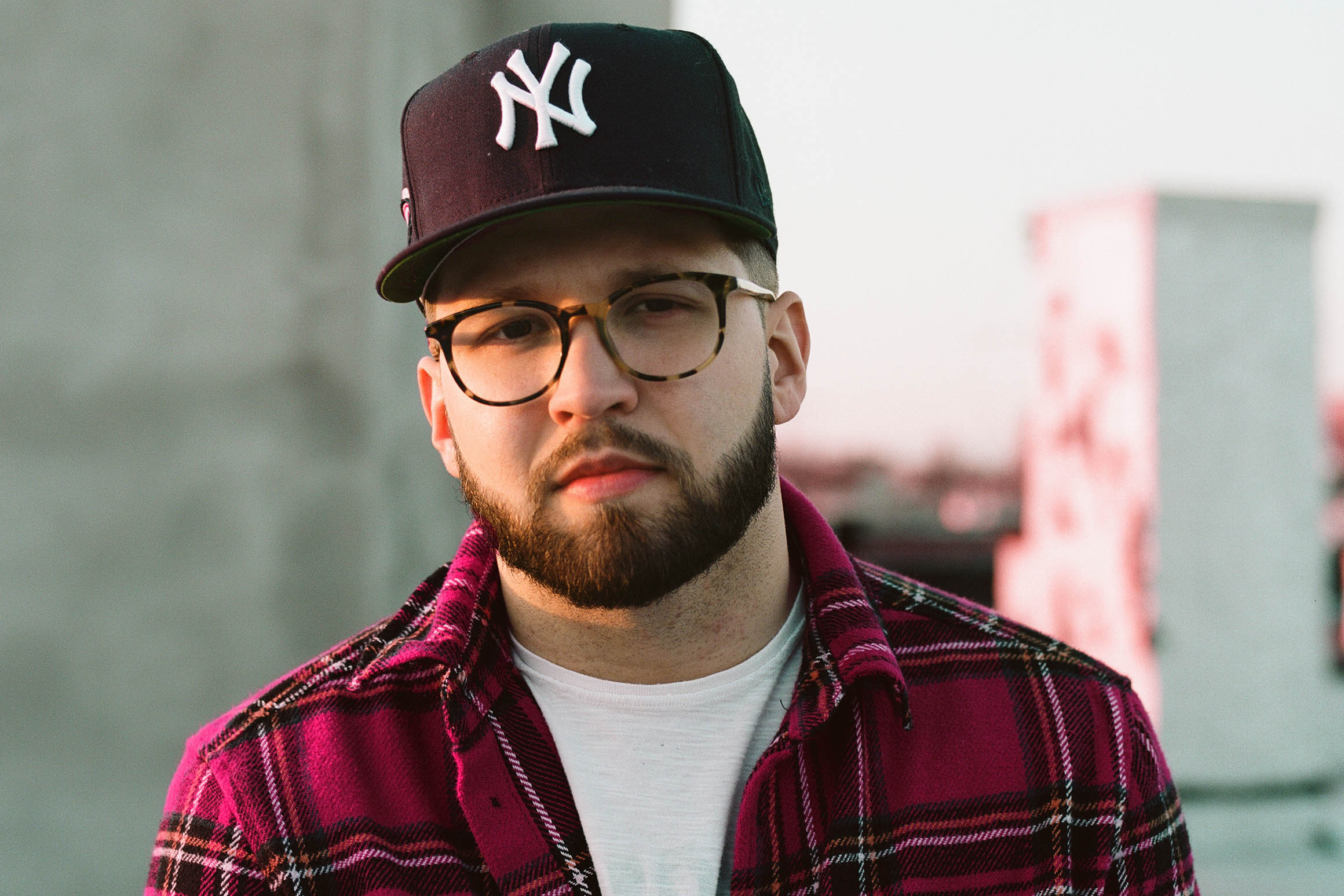 Andy Mineo admits when he first started rapping, he was terrible. In high school and college, he ran an amateur studio out of his family’s apartment, mixing his own beats and producing his own songs. He was part of an untapped talent pool living in Syracuse, a stone’s throw from New York City but miles from its opportunities. To him, the city meant exposure, a chance at a real music career.

Mineo says trying to come up today is a whole other story. Amateur rap has moved out of the basement and into the bedroom, where kids are using their laptops to post bonkers-good tracks on Soundcloud and find fame before they can drive.

It’s brought tons of names to the forefront of popular music, but Mineo says social media’s path to success invites unhealthy comparisons, so unhealthy in fact the medium could one day be seen as a health crisis. In an interview with RELEVANT for the Unedited podcast, Mineo shared his conflicting feelings on social media and how he engages with it as a public figure in light of its obvious benefits and hidden downsides.

RELEVANT: Tell me about growing up in Syracuse. What was life like for you as a kid?

Mineo: Syracuse is very mixed. I went to Henniger High School and I think I was the only white kid on my basketball team. It’s just an urban inner city and it has a lot of divides, but there’s a lot of creativity there because of the college and a lot of great artists who don’t have any outlets for their craft. There’s a lot of talent just sitting around that goes unrecognized. I knew when I graduated high school I was going straight to New York City. I wanted to take all that time and energy and those 10,000 hours and go to a place where there’s a little bit more opportunity.

How’d you hone your craft in high school?

Me and my best friend Ryan basically hacked some computer programs, bought some commuter microphones from Best Buy and started to record ourselves on Cool Edit and Fruity Loops. I started saving birthday and Christmas money to buy better microphones and better speakers and before you knew it I was like 13, 14 years old and I built a little studio in my apartment. A kid was like, ‘Yo can you record me? I will give you 10 bucks an hour,’ and I started recording him and then the word spread and before you know it, I’m 16, 17 years old running a studio for 30 dollars an hour out of my mom’s basement. I did that all through high school, made tons of money and reinvested in myself. Then all through college I was doing the same thing. I was turning my class projects into my personal projects and I was just honing it, honing it.

And honestly, like, I was bad. I listen back and I was not a good writer. It’s so discouraging. You see people on Instagram and they’re so good at something and you’re just like, ‘How come I can’t be that good in a week?’ People get discouraged and they tap out. It takes a lot of time.

That comparison trap holds a lot of people back.

There’s never been such a direct correlation between anxiety and depression and the rise of social media. The writing is on the wall in my opinion, and it’s weird, because it seems like a necessary evil. I’m an artist. I benefit off people on social media. Before, I needed a big label, I needed a marketing company, I needed magazines, I needed the in-roads and the gatekeepers to let me in. Now, I can connect with them because of social media. So there is tremendous good from it, but even on my phone, I have to try to put limits on myself because I know I’ll just waste my brain away.

I don’t know if human beings were meant to get this amount of praise or criticism. When you’re receiving that many comments, that many likes, that many DMs, you either need to reject it to maintain a normal or it needs to become your new normal and if it becomes your new normal you can kind of go nuts. I watched the Whitney Houston documentary [Whitney] yesterday and it was insane. There was a moment in there where they said you have to decide whether your artist self is an extension of who you are or if you are just an extension of your artist self. That is a very sobering question. Am I Andy, the person people know outside of music, or am I an extension of my public persona?

When your identity gets rooted in the public persona you literally lose who you are and you become a performance-based individual because now your net worth or your market value becomes your value. I go to this market and I’m worth 2,000 tickets, Drake goes to this market and he’s worth 60,000 tickets. We literally have a different value, but as human beings, we don’t have a different value. As a person, I’m made in the image of God and I’m valuable and so are you and therefore we’re on even playing fields. So if you put that as your primary identity then all you can do is compare and feel bad and feel less than.

It’s a tricky thing to remember what’s most important. A really cruel thing about wanting the love of the world is that it will turn on you so quick. Just think how praised all these artists were, and the moment they make a mistake they are shattered. It is such a cruel and messed-up world to long for and live your life for. I have to work through it with my wife, who really keeps me grounded. She doesn’t care about none of that. She’s says, ‘Andy, you got to stay intact as a human and recognize that this artist is just an extension of who you are. Don’t let it be the other way around.’