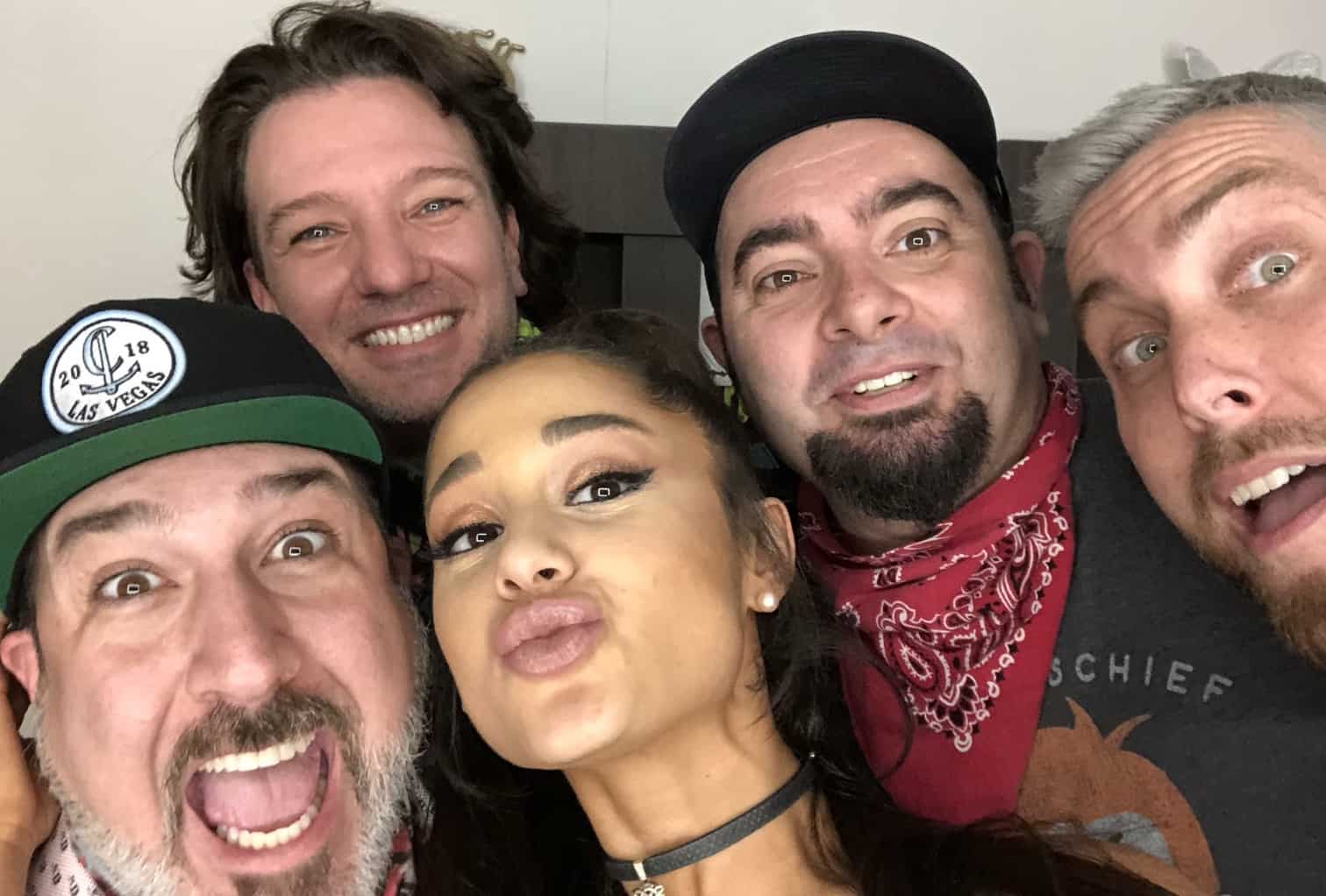 Rumors were afoot Ariana Grande had some sort of *NSYNC situation planned for her headlining Coachella performance, and those rumors were on the money. In a move sure to delight both the young and the young at heart, Ariana reunited one of the biggest boy bands of all time on stage for a performance of “Tearin’ Up My Heart.”

Well, Grande reunited most of *NSYNC anyway. Justin Timberlake’s conspicuous absence was noted but, well, who needs Justin Timberlake when you’ve got Ariana Grande? She even nailed the choreography!

Ariana performing “Tearin’ Up My Heart” with NSYNC…WHAT. A. MOMENT. pic.twitter.com/MkNcSSFlbU

Everyone from James Corden to the Biebers to Billie Eilish was feeling it, which shows just how many generations this collaboration spans.

The *NSYNC guys weren’t Grande’s only guests. She also brought out Nikki Minaj, Diddy and Mase.

Hey, just as a little chaser: Coachella is run by an organization called AEG, which is run by Philip Anschutz, one of the country’s richest people. According to tax filings, Anschutz donates to a lot of different causes, including a number of Christian ministries like Dare 2 Share, The Navigators and Young Life. So, in a roundabout way, Coachella is keeping a few well-known Christian organizations going. And if they were apart, they’d feel it too.

The Revolutionary Truth of Holy Week