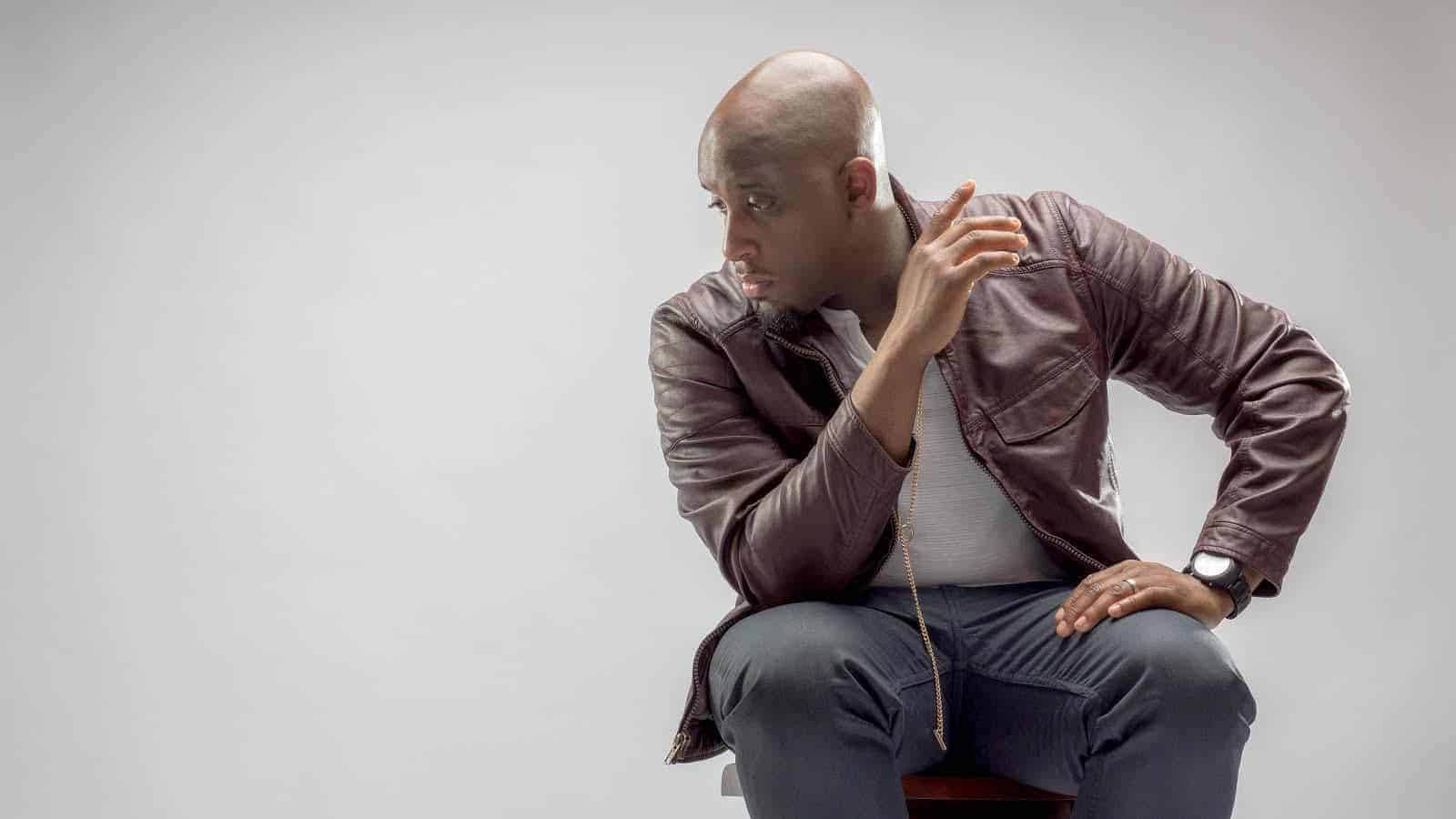 Derek Minor doesn’t compromise. He’s a bold speaker and commentator and his music is defined by its lack of filter. He speaks truth to power and doesn’t back down. In the world of Christian music, that’s a dangerous but vital position.

Amid his four-part Up and Away album series (part three, titled The Trap, releases Aug. 10), Minor sat down with RELEVANT to talk about hip-hop and faith, the relationship between the two, and how the genre can meet the Church to inspire change in the industry and change in the world.

In the past two years of faith and hip-hop, what trends have you noticed?

Honestly, I haven’t seen any trends. With music in general, there are no rules. Everyone’s trying to figure it out. Do you drop four seven-song projects like Kanye, or a double album like Drake? It’s the perfect time if you’re a Christian who wants to do art because no one knows what they’re doing. If you can figure it out, you’re the man.

For us, we’re just experimenting. That allows us to have a degree of flexibility and take a risk certain others aren’t able to do.

What are some of the risks you’re taking?

I’ve been on this four-project series: Your Soul Must Fly, High Above, on Aug. 10 I’m dropping The Trap and By Any Means is coming next year. I was one of the first guys to do the series thing, and now more people are doing that to deliver content in a digestible way.

Christian music itself is really built on the Church. A lot of people have never played in front of crowds who are just their fans. They’ll play youth groups and concerts and festivals but not really clubs and things like that. That’s something we’re trying to do, build a touring circuit for Christian hip-hop.

Another thing is—people won’t like me for saying this—but Christian music has always been a retirement home. When you look at any other market, it’s about getting you when you’re 16 or 17, but Christian music markets to a 40-, 50-year-old soccer mom. So after you’ve had all your fun, when you need music in your car that’s safe for your kids, you come to Christian music.

But music is a tech industry now, so mom’s playlist and son’s playlist on Spotify are different. You don’t have to sit in the car and listen to music mom likes. In the past, Christian music was the safe version of this or that, so there was pressure on kids to conform, but now kids are in their own earbuds listening to whatever they want. So the model that’s sustained Christian music for the past 30 or 40 years isn’t viable anymore. Whoever figures it out is going to boom.

So for artists like you, do you meet people where they are and conform to sounds they hear elsewhere, or do you find that new sound that will be exciting to someone?

The first option is the old way: “Oh, the kids are listening to Migos! Let’s make a Migos thing!” But that’s wrong because, let’s face it, kids would rather listen to Migos. You have to build your own thing, and that’s true for all artists. When you look at album sales and the scattered-ness of people, when they listen to an album it’s gone a week later. That’s an issue for everyone, so you have to create your own tribe and be OK with your tribe. That’s the answer, but how you do that on paper is the question.

Do you think it’s a matter of urging the Christian audience into those spaces you talk about, like the club scene, or do you just go into those places and work to galvanize the people already there?

My audience has always been the fringe church people, so I try to find more people like that. I’ve talked about racism, drugs, alcoholism and all those different things. That’s not really the mainstream. I’ve always been in the wilderness and I’m going to stay there.

If we’re talking about the main audience in general, I think Christianity has to find its voice again. The leaders of the Church have sent so many mixed messages. They say it’s all about grace and love, and then, oh wait, unless it’s LGBT—you know? Christianity has to find how it intersects with today’s culture, and until that happens, we’re in for some dire times. The light’s going to go dim.

Over the past 18 months, we’ve seen the music coming out be more provocative and convicting, especially toward the hypocrisy people sense in the Christian world. What’s your read on all that?

Well, America is becoming much more liberal, which includes people who have been on the fringes of society, like African-Americans and Hispanics, and they’re calling out the hypocrisy of the Church. That makes a riff between the straight white evangelical male and everyone else. People feel disenfranchised and there’s been a falling away of minorities from churches. We need to figure out how Christianity rebounds from that and affirm we’re about Jesus and His mission and not ostracizing people who don’t look like you.

It strikes me as a power struggle. The same people have had all the power for generations, and now all these marginal voices are gaining power and feeling powerful—and hip-hop exudes power for the people who make it and listen to it—and that feels like a threat to the mainstream.

Right. Hip-hop is the best-selling genre, period. Nothing else is even close. Low-key, within Christian music, I outsell people with budgets three times my size. Christian rap artists do well within the space, but we do it in spite of the industry. We don’t have radio play and there’s very few tours. There hasn’t been a full embrace. No one’s pouring gas on the fire.

I feel like hip-hop’s always been that way, thriving in spite of the industry.

Right, but the kids want hip-hop. The forward-thinking people can’t sell to the soccer mom. They have to adjust and change to what people want to hear and listen to, and people are doing that. You’re seeing cool stuff happening, but it’s the beginning, so it’s the wild west. Do you put Christian rappers on mainstream playlists? Do you put them on CCM stuff? We’re all trying to figure out the pathway to success. It’s a work in progress.

Researchers Discovered a Block That Contained the Remains of Apostles Philip, Andrew and Peter