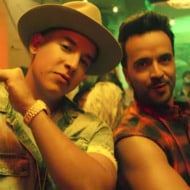 Luis Fonsi and Daddy Yankee’s “Despacito” seems to be that song that no one can seem to escape; probably because it’s been No. 1 on the charts for about three months now in countries on three every continents. And now it’s broken a new record: Both versions—the remix with Justin Bieber and the original—have just become the most streamed song ever around the world, streaming more than 4.6 billion times on every combined platform. And the song has only been out since January.

Fonsi told Billboard: “Streaming is a connector for audiences worldwide and it has helped my music reach every corner of the planet. It is truly an honor that ‘Despacito’ is now the most streamed song in history.”

“Despacito” is also the first Spanish-language song since “Macarena” to become No. 1 on the charts.