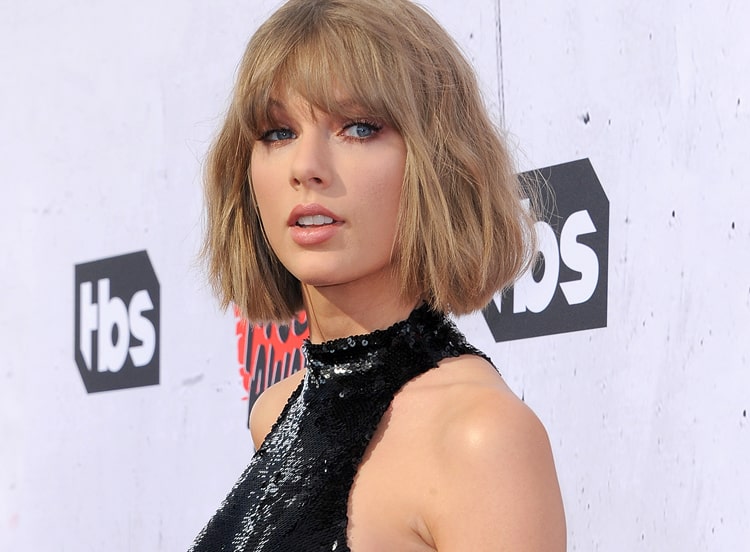 Being a celebrity in 2017 meant being pulled toward one of two extremes: total exposure or complete reclusivity. It’s Kim Kardashian versus Frank Ocean, and unless a public figure decides to cut themselves off from the general populace, there’s an expectation now that they share their passion, jokes or ideas with the world.

That last part—ideas—have been especially prevalent this year. Celebrities don’t just tweet glib little quips or take filtered brunch pics anymore; they speak out against issues, injustice or politics they don’t agree with. Celebrities support things and advocate for things. They position themselves so as to represent ideas and represent others.

This year, one celebrity didn’t.

Taylor Swift used to be as public as a celebrity could be because she savvily hinged her artistry around her personal life. It’s been said, but listening to Taylor Swift’s music used to be like reading her diary: Here are the dreams she chased, here are the secrets she kept and here (most infamously) are the boys who rejected her. A perhaps average singer but a near prodigal songwriter, Swift had a gift for making listeners feel present in her world. On “Fifteen,” you walked the halls of her high school. On “Love Story,” you raced downstairs to Romeo. On “All Too Well,” you, too, were breaking up.

And whether by accident or on purpose (almost definitely on purpose), that sense of presentness extended from Swift’s music to her public life. Her early career, as social media was just beginning to boom, is best encapsulated by one of her gushy and wide-eyed videos from the day, where she clasps her hands to her face and thanks everyone so much for supporting her, gosh. From humble award-show speeches to giggly fan surprises, everything about Swift was intimate and personal, and people loved her for that.

Then Swift started growing up. She left the innocent songwriting subjects of high school and emerged on the other side of 2012’s Red a sudden adult. That album is still her most successful blend of personality and pop-music trends. From there, she’d only distance herself further from the homegrown songs-from-the-heart strategy that made her a superstar.

1989 was great, but it had a ruthless production style that seemed designed to grind away every ounce of her dorkiness. Sonic exceptionalism came at the cost of charm. This year, Reputation was even further from the T-shirts and sneakers of “You Belong With Me.” Its sound came from machines and its personality was robotic: A formula said you would like this. Forget trying to find the “old Taylor,” Reputation didn’t seem to have any version of Taylor. It was drone-like, a celebrity pop star turned black-lipped cyborg.

It might be argued that Swift’s public-facing shift toward strict corporate musicianship is a maturation, but for what seems like every other celebrity in 2017, maturation came with a degree of outspokenness and ownership over certain issues. In fairness, Swift had a role in the year’s still-growing tide against sexual misconduct, speaking candidly about and winning the subsequent court battle against Colorado DJ David Mueller, who assaulted her in 2013.

When Swift countersued Mueller in response to his defamation charges, she did so for $1. Money wasn’t important, but the victory was. When asked on the stand if she felt guilty about Mueller losing his job over her charges, she said: “I’m not going to let you or your client make me feel in any way that this is my fault. I’m being blamed for the unfortunate events of his life that are the product of his decisions—not mine.”

It was a firm stance. Coupled with Swift’s 2016 financial support of Kesha against Dr. Luke and Sony, it looked like activism, but what was almost a pattern began to fade before it could materialize into something tangible. For the rest of 2017, Swift was quiet on everything but her music. Before long, her silence amid a hyper-politicized culture smothered any impact her case might have made.

In fact, Swift made several decisions that served to counter her influence: She deleted a tweet supporting the Women’s March, her political voice was limited to a single “go vote” post and her usual public philanthropic efforts were more muted than in years past. Swift was not silent in 2017, but she limited her activism to a very insular sphere. She stood up for herself, and she deserves recognition for that, but in a year that saw some of the biggest culture wars in recent memory, you wished she had stood up for something, anything else.

Swift doesn’t hint at her feelings toward any public issue now. A total social media deletion leading up to Reputation’s release resulted in an overhauled Twitter timeline that’s almost repellant in its blandness. What used to be full of goofy selfies and corny shoutouts is now a corporate wasteland, populated by sparse tour promotions and over-hashtagged merch plugs. It’s boring, and aside from apathetic, that might be the worst thing a celebrity can be in 2017.

Taylor Swift’s philosophical shift might have consequences among the core of her fanbase: teenagers. According to a Google report released this year, teenagers prefer celebrities who are “philanthropic” and “genuine.” Some names mentioned as examples: Emma Watson (presumably for her bold feminism) and Selena Gomez (presumably for her continued vulnerability). Taylor has a history of philanthropy, but she certainly doesn’t seem genuine. Her name is absent from Google’s report.

Teenagers also care about real-ness. If people embrace what they love and reject what they don’t, that’s considered cool, and if you apply those qualifiers to Swift’s recent career choices, she decidedly isn’t cool right now. She didn’t really embrace or reject anything in 2017. In fact, the only thing she spoke about with any consistency was herself.

And that begs the thought experiment: If Taylor Swift is trending away from her fans, what does her future look like? If Swift didn’t matter in 2017, will she matter in 2018? 2019? 2020? Musically, she’s headed in the wrong direction, and ideologically, she’s becoming less and less mainstream. If people’s taste in culture reflects their values, how many teenagers will value the self-centered and spiteful perspective that Swift embodied this year? Data—and instinct—say it’s not a big number.

Before Reputation came out, Swift was fading from public consciousness. She wasn’t vocal about much of anything, and her usual efforts to be present in her fans’ lives were subdued. Standing for something matters to audiences now, but if you don’t want to stand for something, you better put out an absolute jam of an album. Swift stayed seated, then made bad music.

Again, she didn’t have to matter in 2017, but it was significant that she chose not to, and that decision could mean the end of Swift’s cultural queenship. The old Taylor Swift might be dead, but at least she wore a crown, and at least her subjects knew she fought for something.

The 10 Best Books of the Year