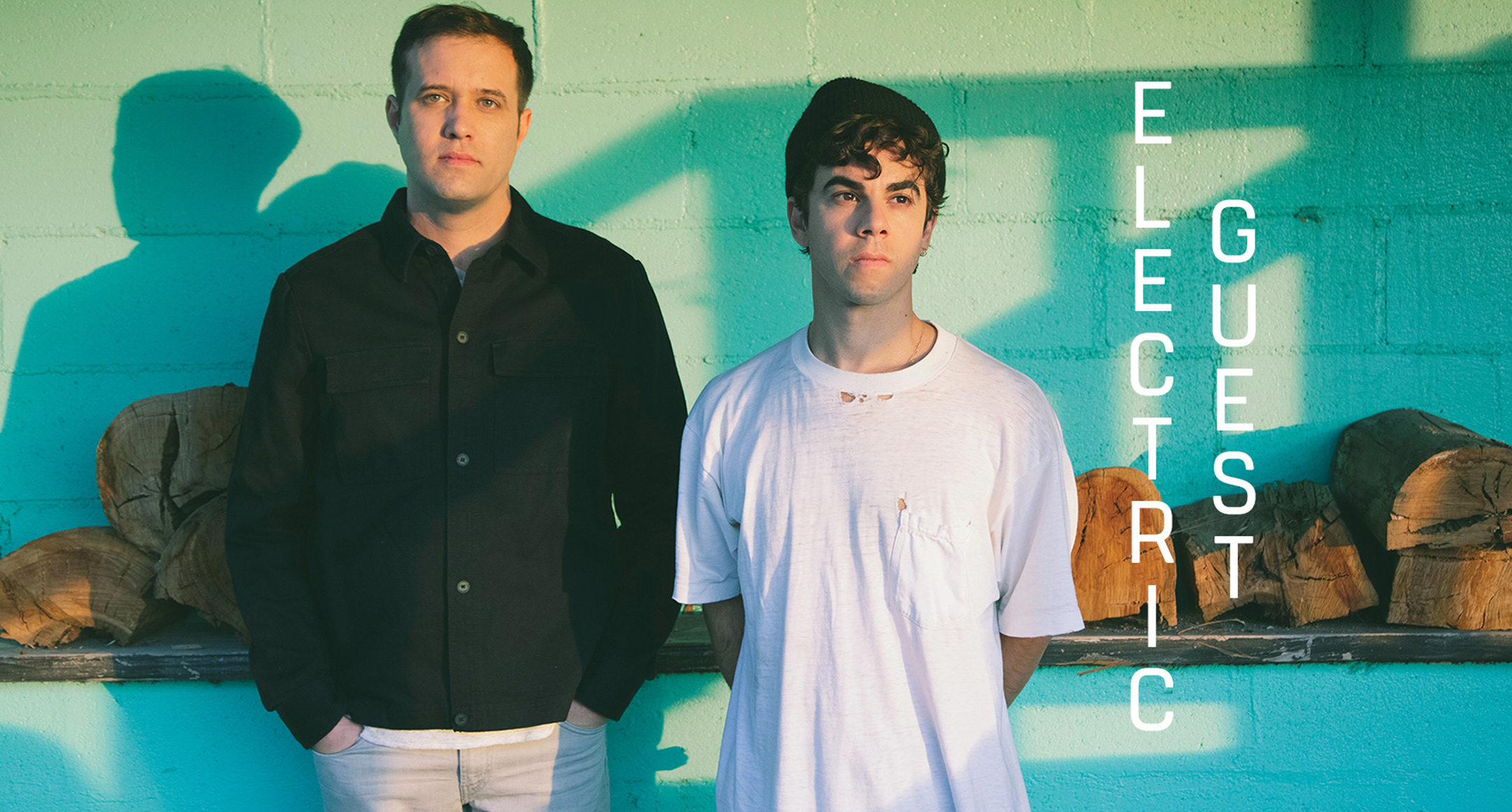 Back in 2012, Electric Guest was riding the wave of indie success.

The duo’s debut album, Mondo, landed on several Billboard charts. Critics hailed Electric Guest as an artist to watch. Songs from Mondo were tapped for the soundtracks of shows like Girls and Suits. They sold out shows, played the summer music festival circuit and toured internationally.

But when it came time to write their follow-up album, Asa Taccone and Matthew Compton worried about the dreaded sophomore slump.

“Because of the first album being such a success, there was a lot of pressure,” Compton says.

The writing process was slow and painful. The pair worked with musician and producer Danger Mouse on their debut, but Taccone was determined to produce Electric Guest’s next album on his own.

However, Taccone was facing some personal issues that he says took him to “a darker place.” He and Compton wrote an album’s worth of songs he describes as “dark, slow, somber.”

“We wrote a ton and we played it for the label and friends of ours, people we respect,” Compton recalls. “Everyone was like, ‘Yeah, you guys should write some more and see what happens.’”

Taccone and Compton decided to listen to the feedback. They scrapped almost everything they had and started over. Taccone eased up on himself.

He and Compton sought outside perspectives, working with producers Lars Stalfors and John Hill. They tracked drums at Danger Mouse’s studio and got his opinion as they finished new songs. They let things come naturally instead of forcing the songwriting  process.

“Any collaboration was just real casual, real off-the-cuff,” Taccone remembers. “It was a little more like hanging out and making music.”

Ultimately, only two of the songs from their first attempt made it onto the finished album, Plural. Listening to Plural, you’d never guess it had somber beginnings. The album builds on the brand of upbeat, eclectic indie music Electric Guest is known for. “Oh Devil,” for example, layers Taccone’s falsetto hooks over a grooving, reggae-inspired beat.

While Mondo had a Motown feel, Compton says he wanted to make Plural more synth-oriented.

“Dear to Me,” a song that features the Haim sisters on backup vocals, is a love song with an ’80s vibe. Compton cites “Dear to Me” as a turning point in the writing process. It was one of the first songs he and Taccone worked on after they scrapped their original batch of songs. They were having fun again. They knew they were on the right track.

“It felt better, honestly,” he says. “We were happier and kind of felt like we were going somewhere with it.”

In the end, Taccone says, Plural “ended up being coincidentally optimistic.”

“The record, to me, is kind of about joy coming back from the dead,” he says. “And being so wrong that you don’t remember that it can.”

After they finished the album, Taccone says, they worried its happy tone wouldn’t fit in with the heavy political climate.

“But then I think we realized, ‘Oh, people need this too,’” he says. “People need a sense of hope and optimism. And I think it was a bit of a release.”

However, the duo doesn’t want their music to be mindless. They try to stay authentic and draw from real emotion.

“I think it is a balance of wanting it to be a catchy and for people to like it, but at the same time keeping your own standards in check,” Compton says. “You can lose some of the emotion or feeling of something if it’s too sugary or packaged.”

“You want it to be emotive over anything else,” Taccone adds. “That’s such an elusive thing, but you just go for that internal sense of if you find it to be emotionally compelling in some way.”

This can make Electric Guest hard to pin down. Taccone and Compton write catchy songs, but they’re not trying to fit in with top-40 pop. Taccone says that at the end of the day, it comes down to personal taste.

“It’s a bigger metaphor for how you want to live your life in general,” he says. “Who do you want to be in this life? You could be anything you want to be, and it just comes down to what your taste is, what you’re into, what your values are, what you feel comfortable with.

After almost five years out of the spotlight, Taccone and Compton say they were a bit apprehensive about releasing new music and touring again. But in a lot of ways, it seems they haven’t skipped a beat.

Electric Guest is back to playing sold-out tours and performing on late-night TV. This spring, they toured Europe.

Taccone says after the hiatus and left turn, Plural feels like a fresh start.

“We feel blessed,” he says. “It kind of feels like our first album in some ways.”