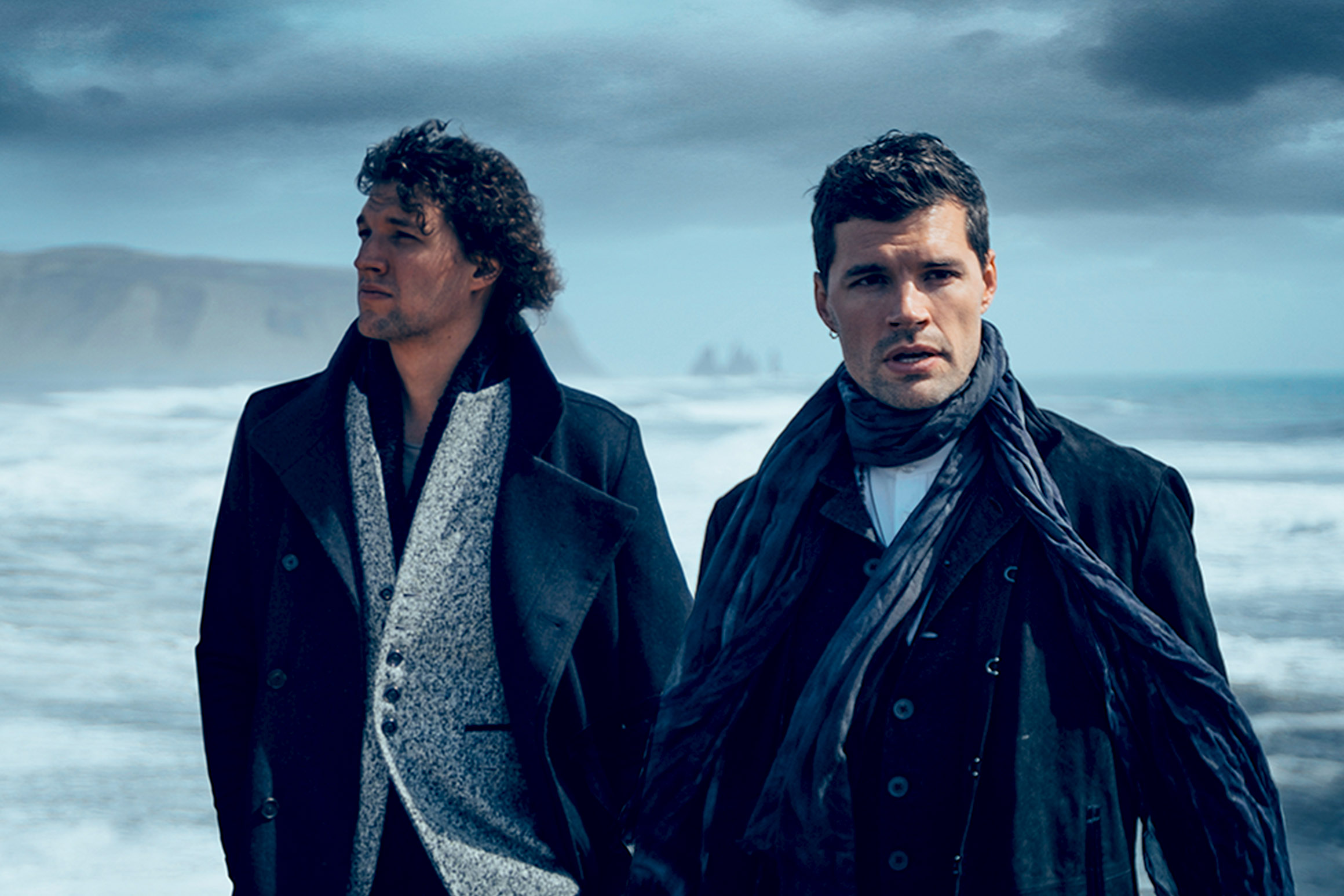 Joel and Luke Smallbone, better known as the pop dup For King & Country, aren’t exactly strangers to success. iTunes named Brave the Breakthrough Gospel Album of 2012, and then the brothers snagged two Grammys in 2015, so they’ve grown used to the big time.

But “God Only Knows,” the second single from their most recent album, has been getting an extra amount of attention – thanks in no small part to a remix it got the hands of no less a pop music icon than Timbaland.

RELEVANT sat down with Joel and Luke to talk about “God Only Knows”, work with Timbaland, and the song’s real message.

Congrats on all the success and how much attention this new remix is getting!

Man, we appreciate that. It’s interesting. We’ve never quite been a featured band. We’ve had a couple of hip-hop artists on the last couple records but beyond that, we’ve just done our own thing. This has been a whole new world we’ve cracked open.

I’m from Virginia Beach and Timberland is a hero here. How did you guys connect with him?

It’s funny. In music, timing has a lot to do with a lot of things. When “God Only Knows” was really going and we knew that it would be amazing to do a remix, we went back to him and they were like “Man, we love this song and we want to be a part of that!” And essentially, out pops this version of “God Only Knows.”

I saw you guys recently did a blog post that mentioned you had gotten a lot of fan mail about this song, particularly from people who have been going through struggles in their own life. Can you tell me a little bit about what the response has been like?

I’m going to name drop here with a friend Sleeping at Last. His name is Ryan [O’Neal], and he just did a whole list of these Enneagram songs, and I said to him, “Ryan, you know what you’ve just done right? To people who love music, you have become the authority on the Enneagram, because you’ve written songs about it.”

This weird thing that happens is that, as poets and writers, when you put pen to paper and you come up with these songs and ideas, people look at you and go, “Oh well if you’ve discovered the secret here” when really, we’re just sojourners with you. And “God Only Knows” has been that to the Nth degree.

Where you put a magnifying glass on the issue, whether it’s loss or loneliness or depression, and what it does is twofold. Number one, it’s like you just bought a Toyota Camry and all the sudden you start seeing Toyota Camrys everywhere. You didn’t notice this issue before or this car before.

The other thing it does is people look to you, which is really humbling. They look to you as this mouthpiece of what they’re feeling because this is more than a campaign. This is putting music into people’s hearts. It’s bypassing the head and going into the heart, so the stories as a result — like, “I was going to take my life and … I saw this song on Youtube” or whatever it might be — have been kind of overwhelming.

Tell me a little bit about how “God Only Knows” initially came to be even before the collaborations.

We were writing for the new project Burn The Ships. Joel actually had written just a phrase: “God Only Knows” as just a song title. When he said that to the room, we all leaned in and were like “Well, what does He know?”

It was a universal sentiment in the room of things that we’ve been through, things that we’ve walked through. Then I had been reminded of some of the letters that we get from people who are mentally unwell, and they just talk about how much music has helped them, and it became, “what if we were to interject some of those stories into the song. because these people’s stories are becoming our stories.”

It’s such a funny phrase, isn’t it? You throw it around so flippantly: “Oh, God only knows why this silly stuff happens.” But when you really dig into it, particularly in such a divided culture that we fit in right now, the concept that this Being knows everything about us, all your deepest darkest secrets, yet has a superhero love for us while we only have partial information on each other at best and are so quick to judge, is a fascinating concept.

I think that is what has really connected with a lot of listeners is that kind of universal truth like nobody gets it, but God does.

Yes! And God is the only being that would actually have the right to judge, because He has the full quiver of information. Again we’re quick to judge and we have no information. He has it all and yet He’s just saying “I’m in love with you.” That’s a preposterous thought.

That brings me to my next question. For some of these fans that are discovering your music or may not personally identify as Christians, what is your hope that they’ll take away?

The truth is, we always set out from day one to write organically about our life experience. We’ve released three records now — Burn The Ships being the third LP that “God Only Knows” is part of —  there were love stories, there were breakup songs on the first record; there are songs about life and then there are these spiritual songs. And what I hope and I think I speak on behalf of us both, is that when they dig a bit deeper into the record, they’re uplifted. That they’re taken to a different place.

I believe music can be a great connector. One of the things that I believe “God Only Knows” has put a magnifying glass on for us is that we’re so connected in 2019 that we’ve almost toppled over the other side. We’ve become disconnected more than ever, and I think that’s why you’ve got this loneliness and this aggression and this separation.

I think music can be the great uniter, and when you layer in these great messages of a great hope or a great love then we can reconnect to one another — to people who are different than us.

I’ve often said that millennials and younger might be called the lonely generation. Because while, in theory, phones and devices — even the fact that we can chat with you today like we can — is amazing. Yet we’re more lonely than ever, and I think it’s a cry. People in this generation want to be known.