John Prine, who passed away in Nashville, Tenn. on Tuesday night from complications from COVID-19, was one of the finest songwriters his country ever produced. The Chicago native had a true genius for chronicling the lives of the Americans he grew up around and met on the road. He left behind an untouchable catalog of folk classics, one that was praised by and hugely inspired the likes of both peers like Bob Dylan, Johnny Cash and Kris Kristofferson, and spiritual descendants like Jason Isbell, Kasey Musgraves and Drew Holcomb.

His lyrics were both poetic and common, salt-of-the-earth wisdom that flowed from something deeper than bones. Prine mined incredible pathos and emotion out of everyday experiences like breakfast, long walks and jealousy, and humanized those society cast off. This led to all-time folk-country classics like “Hello In There,” “Sam Stone,” “Paradise” and, frankly, too many to name.

He found an astounding amount of inspiration in the Bible. One of his earliest songs, “Your Flag Decal Won’t Get You Into Heaven Anymore”, used sad, vicious humor to call out Christian hypocrisy for supporting wartime atrocities in Vietnam. But he also told stories of marital love and deep friendship, loneliness and heartache …no corner of the human experience escaped his imagination.

One of his most ambitious songs was “Jesus, the Missing Years”, which put together an apocryphal biography of Jesus’ post-Bethlehem, pre-public ministry life. That song ended up being the title track for an album that won a Grammy in Best Contemporary Folk Album in 1991. He won another Grammy in 2005, the same year he became the first artist to read and play at the Library of Congress in Washington, D.C.

In 2018, Prine released a song called “When I Get to Heaven”, in which he sang of the lovely, if not a little rowdy, party he intended to throw upon his arrival in the Great Beyond. “When I get to heaven, I’m gonna shake God’s hand,” Prine sang. “Thank Him for more blessings than one man can stand.” He planned on mixing cocktails and kissing pretty girls, but also on finding his parents and long-deceased brother. 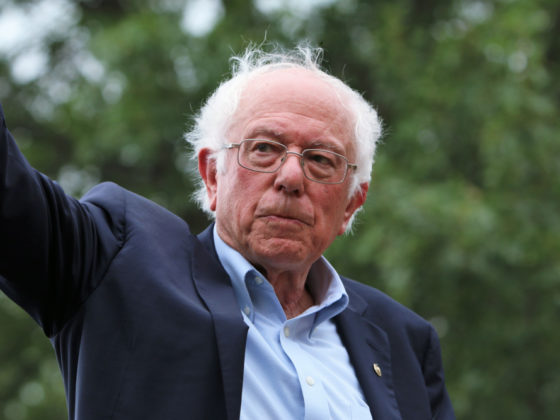 Bernie Sanders Has Dropped Out