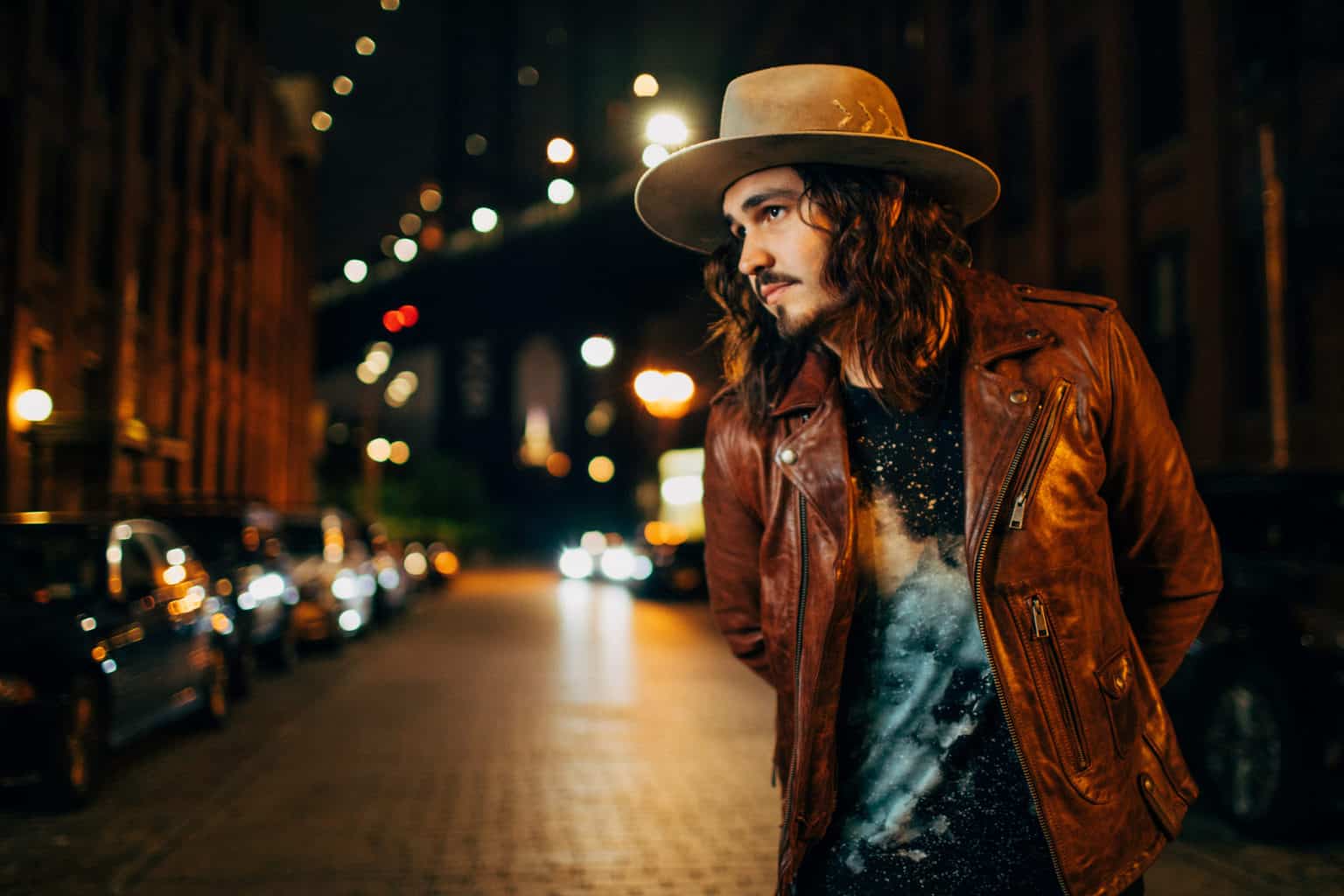 After his debut LP, The River, became a breakout hit in 2016, Christian pop artist Jordan Feliz found himself paralyzed by fear as he set out to record his follow-up. Burdened with doubt, anxiety and inflated expectations, he experienced panic attacks for the first time in his life, and it wasn’t until a friend reminded him who holds his future that he was able to find a creative breakthrough.

We sat down with Feliz to talk about the album, his inspirations, and the process behind his music.

What kind of fear did you experience making this record?

It all starts with putting out my first record. I didn’t have any expectations. When that record did well, I got to this place in my head where I’m like, Oh my goodness, what if my second record isn’t good?

I just started really stressing myself out and believing some stuff that I had heard. It started getting to me, and so whenever it came down to writing for the record, I started feeling like everything I was creating was never good enough.

I started realizing that what I was doing was destroying myself. I was believing all the lies that the enemy was telling me. Overall, it was just a ploy to try to stop everything I wanted to achieve.

So what was the turning point?

I ended up sitting down one day with my producer, Colby [Wedgeworth], and one of the guys who wrote a lot of my record with me—his name’s Paul Duncan. We sat down, and Paul looked at me and he’s like, “Dude, what’s wrong? You have to remember that our future is all wound up in the inheritance of God. Nothing in your future looks bleak as a believer, because everything has been paid for and everything is great if we can just learn to trust. You just need to give this away, because the moment that you give this away, you’re trusting God with your future, and He’s going to bless you abundantly.”

I ended up kind of breaking down. That struck a nerve for me. I realized I was trying so hard to do something in my own strength, when I needed to literally give this up and say, “Alright, Lord, give me the songs that I need to write.” That day we wrote the first single [“Witness”] off the record… Ever since that day, we literally were on a train of feeling. We had more songs than we knew what to do with.

I’ve heard you say that the songs on Future feel like a gift.

I talk a lot about how I feel God gives us the tools to find the songs, but the really fun thing about this record is I didn’t feel like I had tools to write anything.

I feel like God just gave these songs to me and to the people in the room with us.

Had you ever experienced panic attacks or any kind of fear like this in the past?

That’s the craziest thing… I hadn’t. I’ve never really dealt with any kind of anxiety issues or anything up until, honestly, this past year. It hit me really, really hard.

I think that’s the reason why I didn’t know how to handle it. By the grace of God and good community, I feel like I just really got through it, and I’m honored to have gone through it now. I know that sounds really weird, but I’m thankful that I got to go through it because I feel like it was the Lord saying, “I need you to trust Me even more than you already do.”

Aside from the unique pressures you were feeling as an artist and as a songwriter, I think we’re living in a really fearful day and age in our world. Are you feeling some of that personally?

Oh yeah, I completely do. I think the only way to combat that is to be a nation that literally relies and trusts on our sole provider. That’s really what the undertone of the entire Future record is about—abandoning everything else besides just trusting and relying on Jesus.

It’s really hard because we’re designed for God, but everything in our human nature tells us to trust ourselves and to control everything. The moment we can adopt the Kingdom-level of thinking, we shake every ounce of fear and stress. It becomes more like freedom.

What are some practical ways you’ve learned to combat those fears and lies when they start creeping back in?

One of my biggest things is the community I have with me. I think a large portion of why I struggled so hard was because I felt like I had to handle everything on my own, and I honestly felt like I had nobody to talk to about it.

I was so concerned about being the leader of my home and being the spiritual leader on the road that I didn’t know who I could go to and have honest conversations about the way I was feeling… I didn’t want people to think I was crumbling. But it’s created this transparency within our community on the road, which keeps all of our heads screwed on tight and keeps us safe, honestly. I’m so grateful for the people the Lord continues to bring into our lives and into our team, because it really has changed our lives forever.

Lindsay Williams is a freelance writer based in Nashville, Tenn. She blogs about Christian music at The Sound Opinion.

Disney Deleted a Very Creepy Tweet, and Everyone Is Unsettled

A Brand New Tolkien Book Is Coming Out This Year