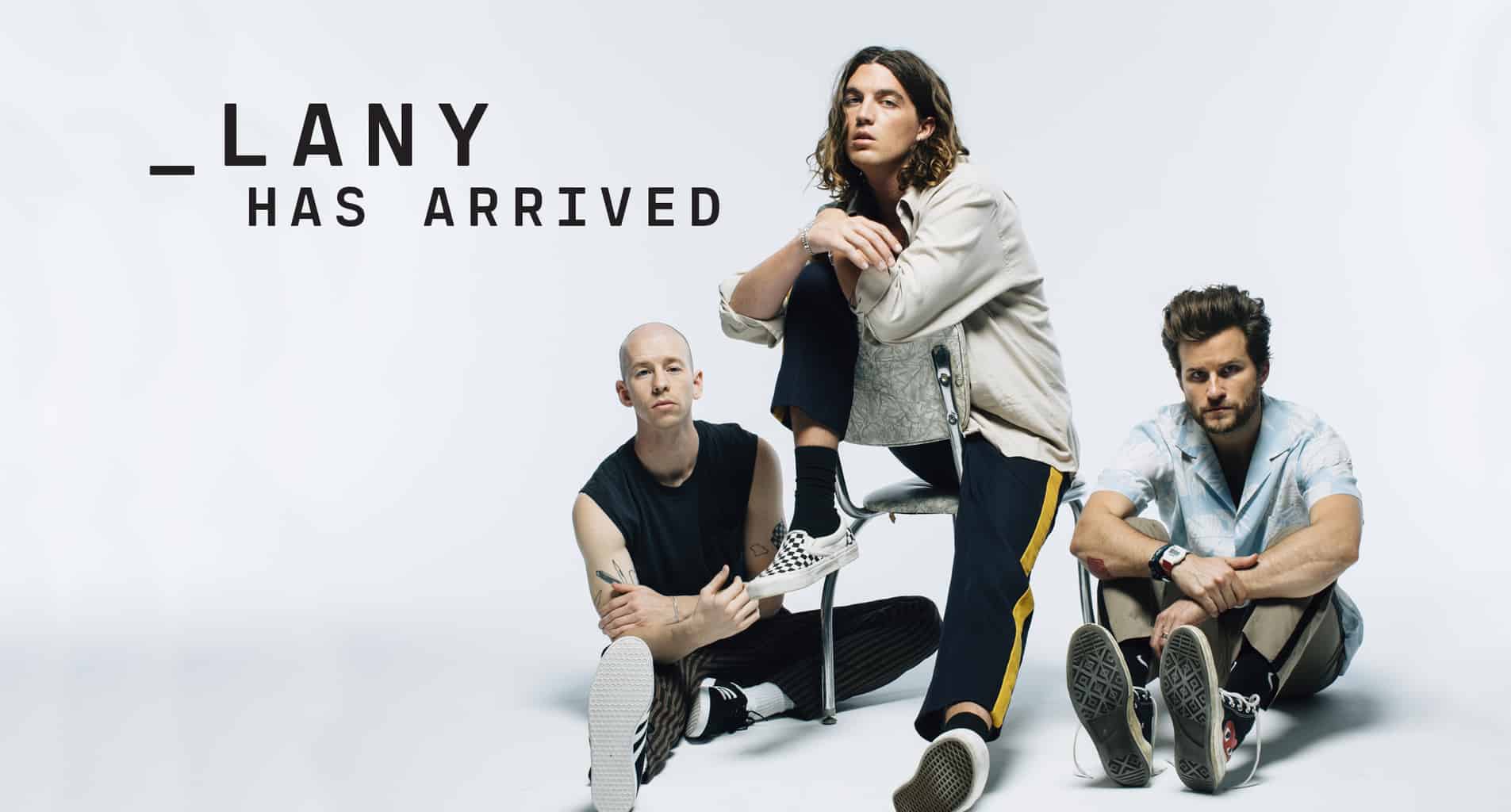 After releasing four acclaimed EPs over the last two years, his band LANY—which also consists of Jake Goss and Les Priest—finally achieved an enviable status for a new band: a string of hits and plenty of buzz. But Klein isn’t sure how he feels about the machine he has found himself in.

“What I’m experiencing right now is something I’ve never done before in my life,” he says with a bittersweet sigh. “There are times where I feel so exhausted and overwhelmed, where if I have to come up with one more idea, I feel like I will pass out or like I want to quit, but I have to search deep within and get the right perspective.”

It’s hard to blame him.

This summer, the band released their major label self-titled debut, a 16-song epic that pulls from the blend of new-wave chill, indie rock and California dance pop they’ve been mastering since forming in 2014.

The release has come with all of the perks—and trappings—of a major artist debut: a downtown L.A. billboard, a collaboration with Urban Outfitters for a LANY-inspired fashion line, a single broken on Beats 1 by next-big-thing-finder Zane Lowe, a world tour and, yes, interviews. Lots and lots of interviews.

“My manager is my best friend, but there’s times where it’s like if I ever see his name on my phone one more time, I’m going to tell him to never call me again,” Klein says.

The thing is, Klein isn’t ungrateful or entitled. He’s simply coming to terms with what it means to be a professional perfectionist.

He might not use the words himself, but he is a kind of visionary by nature. Klein knows exactly what he wants a song to sound like before it’s recorded. The band signed with a label only after informing them that they would never hand over the log-ins to their social media accounts, Klein would help design the merch and oversee the posters, they would never, ever be told what to wear, and songs would be recorded their way.

He recounted a story of the early days of LANY, realizing that if you want something done right, you can’t trust someone else to capture your vision, even if it’s exhausting, and even if it costs you money.

“I would be spending thousands of dollars to have someone help facilitate my vision, but my vision would be compromised,” he recalls, adding that he “would spend thousands of dollars on the supposed best musicians in the world” only to redo the tracks from scratch. He scrapped tracks he recorded with studio pros and headed to his kitchen where the band set up the gear and instruments the way they wanted.

“It was so nice to walk into a room with my friends and go completely off of pure instinct and conviction and no one in the room ever said no to anything,” he says. “Our only rule was just follow your gut and instinct.”

A Seat at the Table

After attending Oral Roberts University in Tulsa, Oklahoma, Klein met his bandmates following a move to Nashville, Tennessee. They then headed west to L.A., where they crafted their signature synth-driven, chill-wave pop with catchy hooks and big heart.

The band’s commitment to capturing a signature sound at all costs has paid off. Their debut album is unlike anything else currently on the pop landscape.

The band’s name is a mash-up of the abbreviations of New York and Los Angeles, and when you hear the record, you understand why. Even though the trio initially recorded together in Nashville, Klein says their sound is a “rebellion against the Nashville way and how people tend to make music there.”

In some songs like “The Breakup” and “It Was Love,” they capture the nervous energy of New York and the post-punk, Brooklyn-rock attitude. But in upbeat, windows-down singles like “ILYSB” and “Good Girls,” they’re pure sunny California pop.

Listening, you understand why Klein felt the need to tightly control the execution. The line between true innovative inspiration and derivative riffing can be a thin one and walking it can be incredibly draining. But, frankly, Klein doesn’t really care what his critics think.

“I’ve listened to this album a thousand times, and I’ve poured my heart and soul into this album,” he says. “And when we finished it, we knew it was the best that we had. I feel creatively limp and exhausted like I have nothing else to give to this. That’s a really good feeling because I can take a step back and throw my arms up and be like, ‘Hate it or love it, this was the best I could do.’”

Like a lot of artists, Klein—on the verge of pop stardom—has come to a realization: There’s a major difference between being a star and being an artist. A star just wants fame and recognition, but an artist demands respect, even if that means pouring everything you’ve got into every single note.

“This album is really just a way to prove to the world that we deserve a seat at the table of musical and culture conversations,” he says. “I think putting this 16-track debut album [says], ‘We’re serious, and we deserve to be in the mix of all this.’”

Klein is excited about the future, exhausted by the present but most of all, he’s just trying to figure out how he feels about finally achieving everything he’s worked so hard for.

“I have dedicated my entire existence and focus to building LANY and making it the absolute best,” he says. “And it doesn’t mean that it doesn’t hurt sometimes.”