Since releasing Strangers in the Alps in 2017, Phoebe Bridgers has become a dynamite part of America’s music scene, recording tunes with everyone from the National to the Bright Eyes. Of course, she’s also got her various side projects, like boygenius (with fellow indie stars Julian Baker and Lucy Daucus) and the Better Oblivion Community Center (with Conor Oberst, of whom she’s something of a spiritual descendant).

Now, she’s announced a brand new album, Punisher, out this June. We’ve also got a new single called “Kyoto” and a music video to boot. The video was originally going to be shot in Japan, but that plan went out the window with the pandemic guidelines, so she filmed herself in front of a green screen and just dropped the footage into Japanese b-roll. Necessity is the mother of invention and all that. It’s a bit of a departure from her softer, earlier folk, but it still whips. Check it out.

In a press release, Bridgers said the song is about feeling imposter syndrome. “About being in Japan for the first time, somewhere I’ve always wanted to go, and playing my music to people who want to hear it, feeling like I’m living someone else’s life,” she wrote in a statement. “I dissociate when bad things happen to me, but also when good things happen. It can feel like I’m performing what I think I’m supposed to be like. I wrote this one as a ballad first, but at that point I was so sick of recording slow songs, it turned into this.”

The Deeper Message of Holy Week 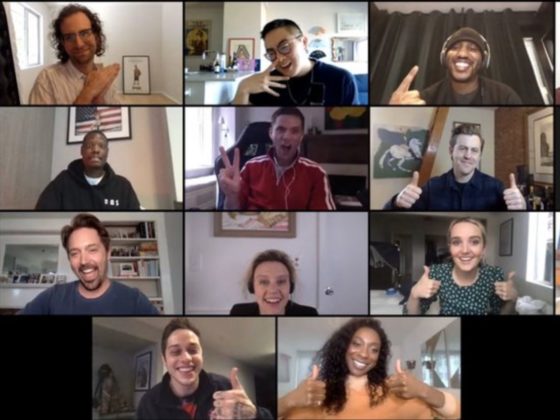