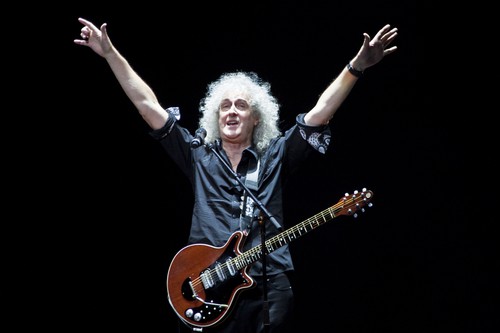 If you’re following efforts in space exploration right now, you know it’s a pretty exciting time. On New Year’s Day, NASA’s New Horizons probe buzzed around an ultra-distant fossil orbiting the outer reaches of our solar system. The object is called MU69 — nicknamed “Ultima Thule” — and it’s a snowman shaped object (or, more likely, two objects that fused together a very long time ago) and it’s part of the Kuiper Belt out past Neptune, and it’s the most distant object ever visited by a human spacecraft. We’ve got photos of it, thanks to one guy who’s been channeling wonder and amazement since before many of us were born.

The two best color images of #MU69 so far. Much more detailed views are coming later in the month. (My favorite part: the image processing credit to @DrBrianMay.) pic.twitter.com/6MYCN2m8qp

The images are being processed by Dr. Brian May, a British astrophysicist, former Chancellor of Liverpool John Moores University and one-time guitarist for Queen. Yes, making history for processing the images of the most distant object ever encountered by a human spacecraft is only the second most awesome thing this guy has ever done, after being a member of Queen.

Believe it or not, May was studying for his PhD at the same time he was traveling the globe with Freddie Mercury and the rest, blowing the minds of champions on the global arenas.  His studies began an extended break in 1974, but he re-enrolled in 2006 and his thesis was approved in 2007. It’s called A Survey of Radial Velocities in the Zodiacal Dust Cloud and you can read it here, if you’re scientifically inclined.

Since then, he’s co-authored books like Bang! – The Complete History of the Universe and The Cosmic Tourist, all while continuing to perform with Queen and their new frontman, Adam Lambert. And now, of course, he’s been immortalized in film by Gwilym Lee in last year’s Freddy Mercury biopic Bohemian Rhapsody. All in all, not a bad legacy. Take it away, Queen!

Here Are All of the Super Spiritual Ways Christians Say ‘No’